Tigersharks win third game in the NEBL against Western Ballaz

The once undefeated Cayo Western Ballaz (3 wins – 1 loss) went to San Pedro to take on the Tigersharks (3 wins – 1 loss) in front of a packed house, as the game kicked off with a lot of intensity. Tigersharks jumped out to an early lead that they were able to maintain at the end of the first quarter, finishing at 18 – 16. At half time the lead was 33 – 30 in favor of the home team. The defense from both teams were extremely physical, which accounted for the low first half score. 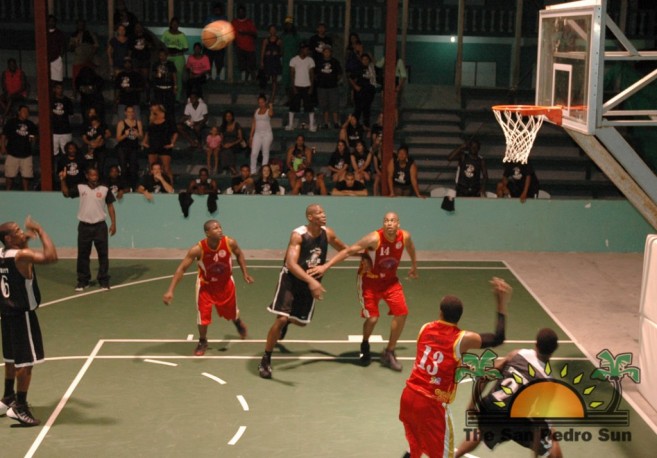 In the third quarter San Pedro outscored Cayo Western Ballaz 22 – 8 to balloon the lead to 20 points, as they were cruising to a blow out. However, in the 4th quarter Western Ballaz shifted to a man-to-man defense that brought them back into the game, trimming the lead to 5 points with 2 minutes to go, behind Farron Louriano’s two monster dunks and some fast break points. Down the stretch, Winston Pratt’s penetration to the rim was too much for the team from the West, and Ashton Edwards’ three pointer sealed the victory for San Pedro’s Tigersharks. Both teams are now at the top of the standings for the National Elite Basketball League, boasting 3 (wins) – 1 (loss) records.

This weekend Cayo Western Ballaz will be hosting Belize City No Limit on Friday Night at 9 p.m. at the SHC Auditorium in San Ignacio Town, while San Pedro Tigersharks will travel to Belmopan to take on the Bandits on Saturday, March 8th at the UB gymnasium.

“Friends of Belize” host benefit party in the US