« Older: In the Americas, one in five people with tuberculosis is unaware of the disease
Newer: » Entrepreneurship skills displayed at the 2014 SPHS Business Fair

“Deal with the Devil” wing eating competition at Lazy Croc’s a hot success!


On Saturday March 22nd, Lazy Croc BBQ and Smoke House located north of San Pedro Town, held its first,  weekly “Deal with the Devil” hot wing eating competition. Patrons enjoyed great BBQ while relaxing on the decks overlooking one of San Pedro’s many salt water lagoons, while others signed waivers allowing them to enter the wing competition and a shot at winning the $1,000 grand prize. 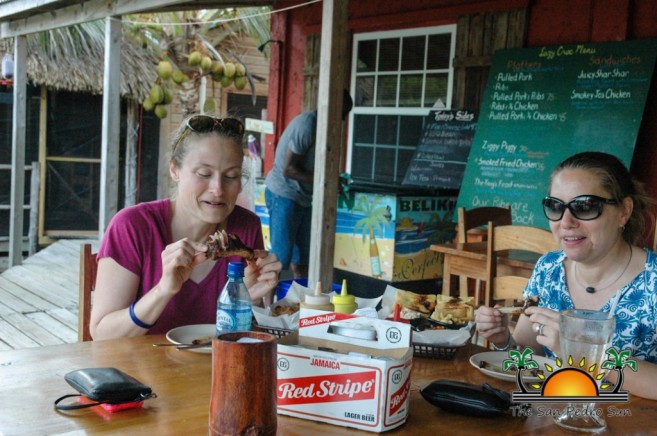 The competition started a bit after 7PM, and saw its fair share of daring participants. A large crowd gathered as well to witness the brave attempts to win the grand prize for a competition of this kind.

Participants signed a waiver that made them eligible to enter the competition, and then the rules were explained: Each participant must consume at least 90% of each of the six wings including the batter. In order to win the grand prize, the wings must be eaten within a six minute time lapse, if done before participants must wait out the remaining time without the consumption of any beverage or ice. 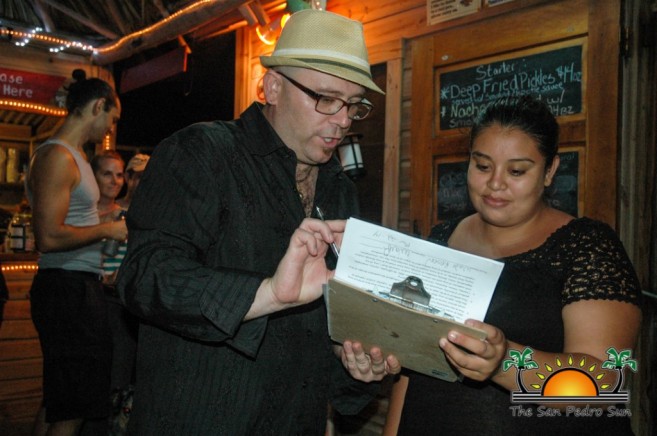 With a box containing the “secret sauce” cuffed to his hand, and himself being led onto the patio with tiki torches, owner of Lazy Croc BBQ Christiano Tropicante certainly set the stage for not only a great event but also a very interesting show leading up to the competition.

Taking on the challenge first was local business owner, “Wade the Gringo” of Roadkill Bar. This would be the moment of truth, with six minutes on the clock and the signal to start, Wade went in on the six piece plate set out before him. In a matter of seconds Wade was through, however it was time for “the wait” that would make him the first winner if he could withstand the burn. Though uneasy and clearly very uncomfortable, a sweat drenched Wade managed not to give in and took the prize!

Congratulations to Lazy Croc for a great event and to Wade the Gringo for taking on the “Deal with the Devil” and winning $1000 Grand Prize! We’d like to know what counter- offer Wade gave the devil to take this first of its kind win! All we know is that Wade will never be able to take on the challenge again-game rules! 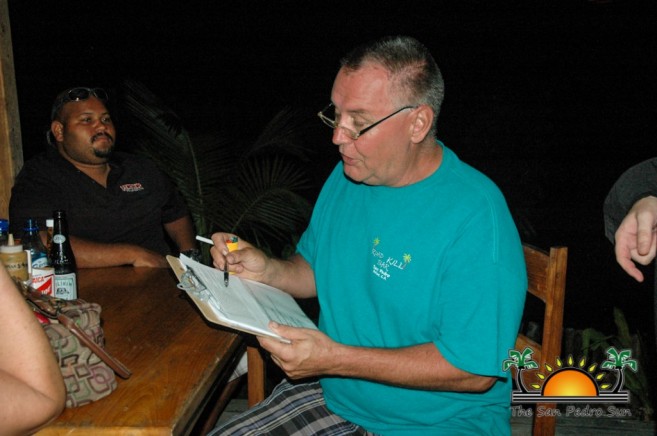 Lazy Croc BBQ invites islanders and visitors alike to come and take on the “Deal with the Devil” for your chance to win $1,000 every Saturday starting at 6PM.