« Older: Three Men Appointed to the Most Excellent Order of the British Empire
Newer: » SPTC to relocate two buildings for Police


Due to the lack of much needed funds, the construction of San Pedro’s new police barracks has been at a standstill for the last several months. The new building is geared at providing better living conditions for island officers who have no other alternative but to live in deplorable and substandard conditions. Despite the financial challenges, the San Pedro community has fueled the efforts to soon resume the work. 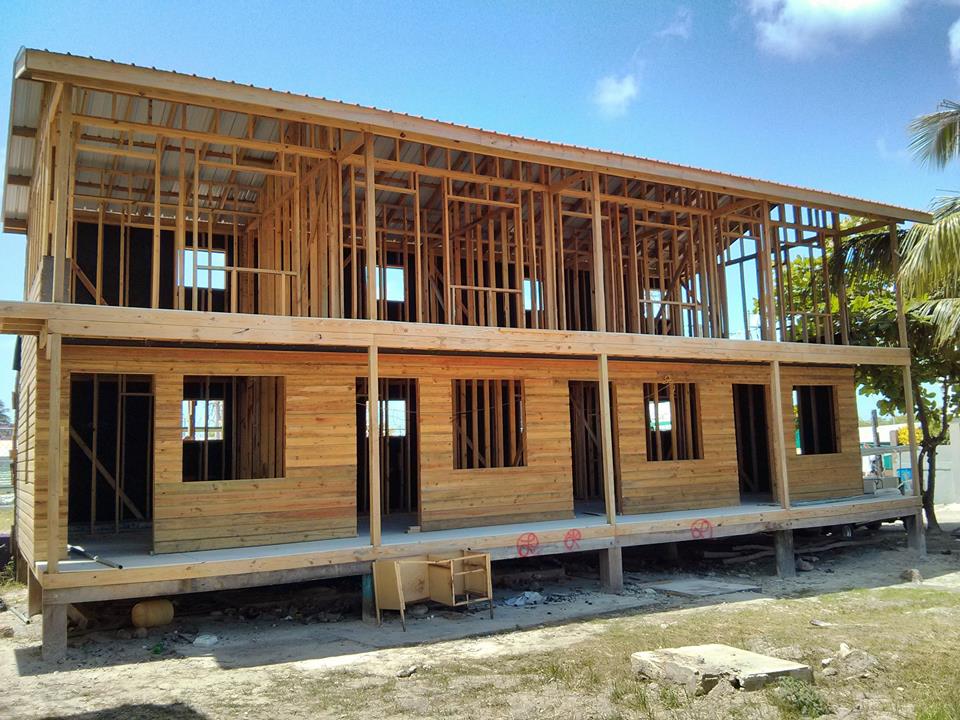 So far the project has consumed $62,000, which was raised through the efforts of a group of concerned businesspeople. The group took on the challenge to raise funds and get the barracks built. Mukul Kanabar, one of the active businesspersons spearheading the project,indicated to The San Pedro Sun that the group continues the appeal to other businesses to get on board with the project. Financed solely by a number of businesses and individuals on the island, the $62,000 raised has been depleted with the purchase of materials and labor for the project which is being supervised by Deputy Mayor Gabriel “Gaby” Nuñez of Gaby’s Construction. An additional $86,000 is needed to complete the project.

Last week, the business group stated that Mayor Daniel Guerrero as well as the Area Representative Manuel Heredia Jr. had originally pledged $30,000 during a luncheon meeting. According to the group,that pledge never materialized. However, Mayor Guerrero took the opportunity to clarify that at no time was any pledge made by either two. “What was said by the Minister was that he wanted a quotation as to what it would cost to complete the building. That quotation was for Minister Heredia to take to the Minister in charge of police to see how monies could be secured,” commented Guerrero. He did say however, that the council is happy and admires the resilience of the businesspeople in wanting to address an issue that has been affecting the police department.

According to Mayor Guerrero, on Friday March 21st, the Ministry of National Security pledged $50,000 for immediate disbursement to be used for the barracks. Mayor Guerrero also said that an anonymous donor has pledged an additional $56,000 for the same project. Up to press time those pledges has not been forthcoming and it is uncertain if those monies will be channeled through the business group that has been spearheading the project.

At press time, Kanabar indicated that in response to their appeal for additional funding more businesses on the island have donated towards the cause. Those donations include: Victoria House – $10,000, The Phoenix Resort – $10,000, Blue Water Grill – $10,000, Landings at Tres Cocos Management Company- $10,000, Tropic Air – $2,500, Caye Casa $1,000, Mark and Brooke Maggiotto – $1,000 and Havana Cigars – $250. This adds up to $44,750. An additional $41,250 is still needed to complete the project.The Mayor told The San Pedro Sun that Heredia JRhas also made a donation of $6,000 in materials which have yet to be used. Kanabar stated that he is unaware of any additional donation in the form of materials since it has not come through the business group. Anyone wishing to donate towards the remaining $41,250 balance needed, either in cash or materials may do so by contacting Mukul Kanabar at [email protected] or Gricel Graniel at [email protected] or The San Pedro Sun at 226-2070or The San Pedro Sun at 226-2070