Lion and Leo members from across the country and Mexico converged on Ambergris Caye for three days as part of the 36th annual Belize Lions Zone 59 national convention. The event was held from May 2nd to the 4th under the theme “Lions – rejoicing and uniting to better serve our communities.” During the three days of events, Lion conventioneers took the opportunity to reflect on the goals and objectives of Lionism, as well as methods to improve their work in their communities.

The official opening ceremony took place on Friday March 2nd, and the Lion Zone 59 Chair Melanie Paz gave a sober reflection of the issues affecting club members not only locally, but worldwide. “Lion clubs across the world are facing serious problems in terms of membership. Many of these problems are internal and at Zone 59, it is no exception. Over the past decade, if we audit our club numbers correctly, you will realize that more Lion members have abandoned the Club than what has actually joined our ranks… If we do not have these basic requirements as a Lion member, then we labor in vain. W 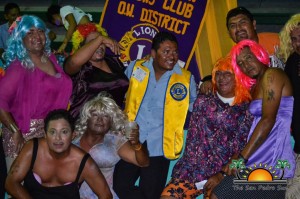 e cannot possibly belong to a club that believes in volunteerism when we ourselves have to be compelled to do the work in our club. Our clubs across the country are faced with a chronic illness – we lack members that believe in volunteerism. We become Lions for the social status and reap from the hard work of a handful of dedicated members,” said Paz in her opening remarks. Paz was speaking to a gathering that included Lions and Leos from San Estevan, Belmopan City, Belize City and San Pedro Town as well as from Mexico District B-8. Also present as guests for the night were Mayor of San Pedro Town Daniel Guerrero and key-note speaker Einer Gomez, acting Director of the Belize Tourism Board.
After the convention was declared open, those in attendance had the opportunity to visit the club booths that had traditional foods and giveaways.

The events continued on Saturday March 3rd with a Cabinet meeting that saw various Lions discussing projects being executed in their respective communities. They also discussed critical problems affecting their respective club and other Lion matters. The Lion members took the afternoon off and went on a fun field trip to Hol Chan Marine Reserve.
That evening, the Lions hosted the crowning of a new Zone queen. After presentations were made by the various clubs and queens, Arlethe Lima of San Pedro Town was crowned the new Belize Lion Zone 59 National Queen. Traditionally the queen from the club who hosts the convention is crowned the Zone Queen. 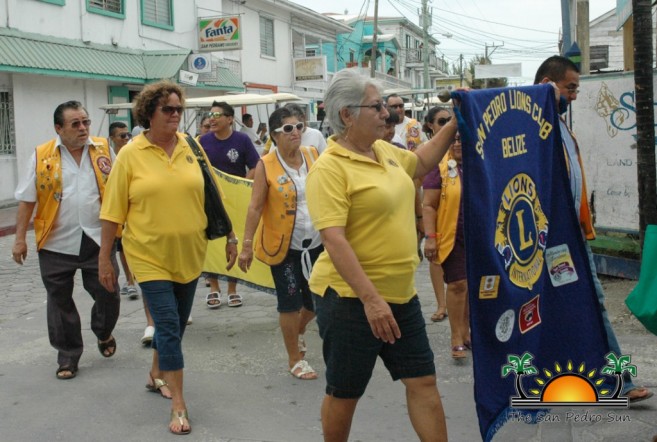 On the final day of the convention, Lion members attended an ecumenical church service at the San Pedro Roman Catholic Church that was dedicated to the Lions and the work they do. Following the mass, the Lions and Leos paraded through the principal streets of San Pedro Town, stopping at the San Pedro High School. A short closing ceremony was also held, in which prizes and awards were distributed to different clubs for their participation in the various events over the weekend.

The venue for the 37th convention in 2015 will be Belmopan City. The San Pedro Lions Club would like to thank all those who helped in making the convention possible.