Cesar Salazar and Irvin Humes of Team Coco Beach are the winners of the 10th Annual Lagoon-Reef Eco Challenge. The two were the first to cross the finish line on Sunday May 11th at the San Pedro Central Park following 42 miles of kayaking over a two-day period. 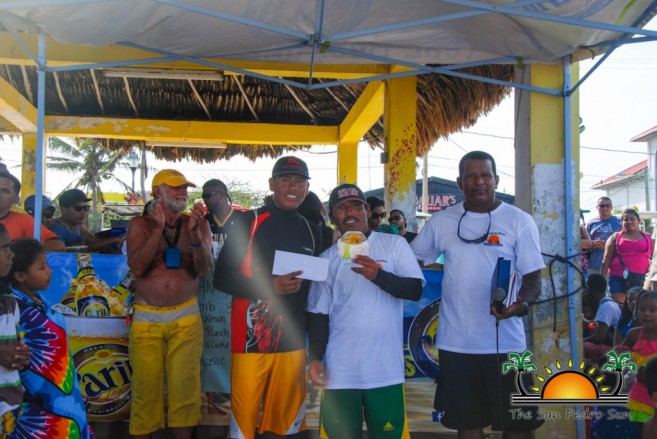 The purpose of the race is to celebrate, showcase and highlight the importance of the island’s fragile eco-system, which includes mangrove areas, lagoons and flats, important water ways and the reef.
Under windy conditions, the starting blast went off at 7:30 AM on May 10th from the El Embarcadero area and saw 20 teams take off for the first dash towards the mangrove channel and into the San Pedro Lagoon. Groups had gathered on the docks to witness the take-off, some even ventured to follow the kayakers for part of the first leg of the race.


The first day saw the participants kayaking for 25 miles through the San Pedro Lagoon, in the mangrove/water channels, then into the Laguna de Cayo Frances, coming out in choppy seas on the leeward side of Ambergris Caye. They went far north along the Belize-Mexico borderline in the Bacalar Chico Area then into the Laguna de Cantena which stretches for about seven miles. Once across the Cantena, the kayakers struggled with the kayak on their backs crossing, to the eastern side of the island then kayaking again to the finish line at the Robles Point at Basil Jones beach area.
The first team of paddlers to Basil Jones on Day 1 was 4G-1 of Coco Beach consisting of Charles and Arden Garay (brothers) who came in at seven hours, six minutes and 48 seconds. Close behind was Salazar and Humes who crossed at seven hours, six minutes and 54 seconds. The team that rounded up the top three was Reggae Boys’ Jesse Smith and Mario Chimal at seven hours, 20 minutes and 52 seconds. 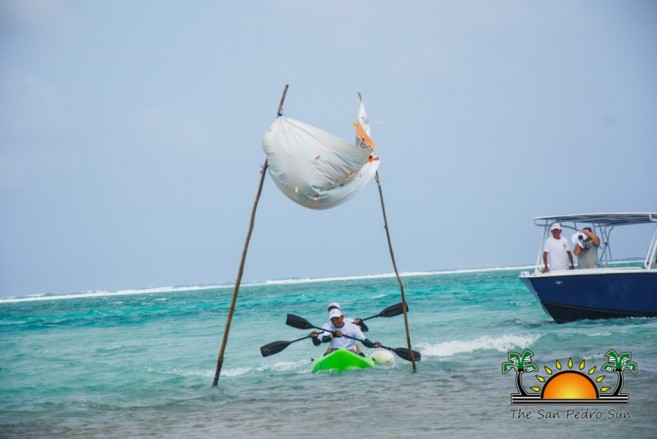 After camping on the beach for the night, the kayakers took off at 10AM on day two of the challenge in rough seas. The 17-mile journey took them from Basil Jones on the eastern side of Ambergris Caye, along the resorts and private homes along the coast, then to San Pedro Town. Visitors and residents had lined up at the docks along the route to get a glimpse of the kayakers as they passed cheering them on. Three hours after the takeoff, the first kayakers began crossing the finish line.


Leading the second leg of the race was Salazar and Humes at three hours, one minute and eight seconds. Coming in second was team Belize Pro Dive Bull Dog, consisting of Roy and Brian Bradley (brothers) at three hours, two minutes and 48 seconds. Closing in third was Belizean Shores’ Team made up of Edwin Casasola and Tony Salazar at three hours, four minutes and ten seconds.
Because the winners are calculated based on accumulative time, the three top teams over all are as follows: First place – Team Coco Beach (Cesar Salazar and Irvin Humes) who took $3000; Second place – Team 4G-1 (Charles and Arden Garay) who took $2000; and third place -Team Seaduced (Roy and Brian Bradley) who took home $1000. 1st place in the Junior Category was Breezy Boys consisting of Kyrone Vasquez and Jovanni Campus. The “I will never do it again” award went to Vicki Ellias and Tamara Blankenship. Best Sportsmanship award went to Alex Pineda and Isaul Coba. Most Creative award was given to Joshua Nuñez and Horacio “Chito” Guerrero. Special recognition was given to the teams of Britney Anderson/Rosana Guerrero and Christy Novelo/Johnny Cantun for being first time paddlers.

A multitude had gathered to witness the distribution of prizes at the Central Park where an after party was in full mode with an abundance of drinks, food, and music. 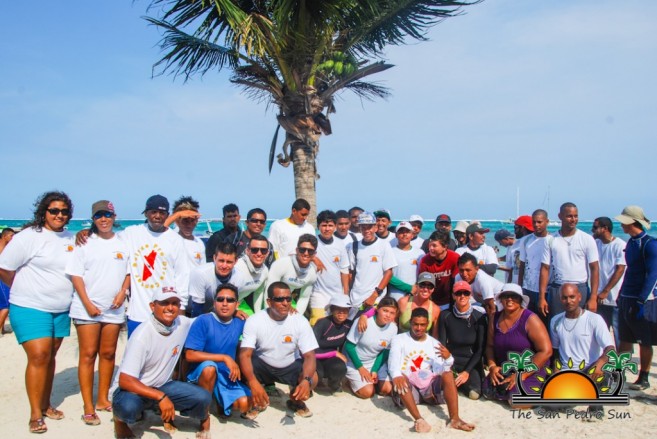 The organizers of the Eco-Challenge are very grateful for all the support shown by the business community and individuals over the years, and take the opportunity to thank all those who made the event a success. By all accounts, this year was the most challenging due to the sea and wind conditions and so we congratulate all the participants for their good spirit!