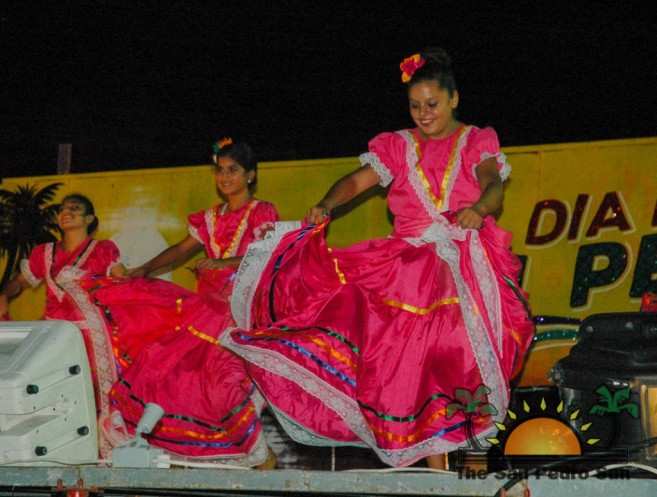 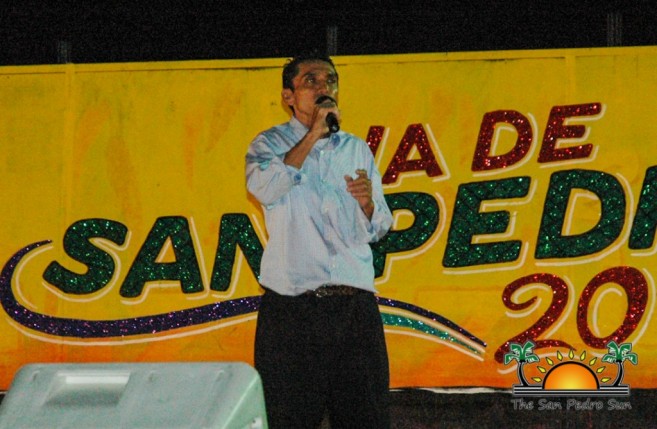 The highlight of the celebrations kicked off on Friday with “La Bajada”, opening ceremonies for Dia de San Pedro. The event took place at the Honorable Louis Sylvester Sporting Arena (Saca Chispas) and was filled with cultural music, dance and food. Speaking at the opening ceremonies was Mayor Daniel Guerrero and Area Representative Manuel Heredia Jr. where both emphasized the importance of keeping the culture and tradition of San Pedro alive, especially when it comes to the fishing industry. This year’s celebrations saw a revived event, the Dia de San Pedro Karaoke Competition. Eight talented singers took to the stage giving the performance of their lives. During intermissions, the crowd was entertained with elaborate dance performances by San Pedro Dance Academy. At the end it was Pablo Cob who took the first place price of $800. In second place and winning $500 was Wilber Rivero, while Jaime Bautista took third place and $300. 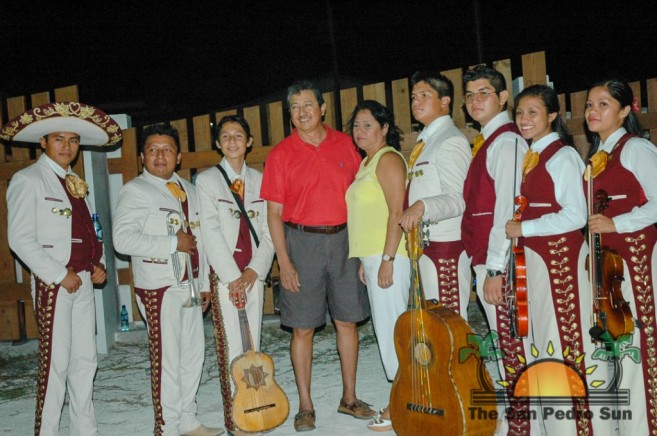 Celebrations continued on Saturday night with “La Alborada”, the eve of Dia de San Pedro. The night started with the traditional novena at 6PM, which was promptly followed by the Tribute to Saint Peter presentation in front of the San Pedro Roman Catholic Church. Wilfredo Alamilla welcomed the crowd and gave a brief history on the life of Saint Peter. Cultural dance presentations by the San Jose Nuevo Culture Group followed, and they wowed the crowd with the “Baile de la botella”, where upon the dancer must balance a bottle on her head while performing. The program continued with a skit on the history of San Pedro, as well as a musical presentation by San Pedro’s very own Nathalie Arceo and a Polka duo.

Simultaneously, entertainment was being held at the Honorable Louis Sylvester Sporting Arena as well. Attendees were treated to dance and music performances by the San Pedro Dance Academy and the Mariachi Tierra Maya de Chetumal. The crowd was invited to dance the night away to the enticing tunes of Super Furia Band. Of course no island celebration would be complete without a midnight fireworks display to light up the skies. 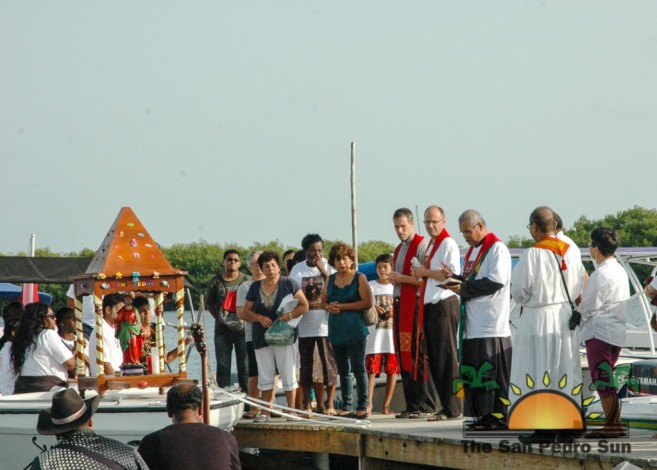 On the official day of Saint Peter, Sunday June 29th, celebrations included the traditional Misa de Pescadores (fishermen’s mass) at the San Pedro Roman Catholic Church at 4AM to give thanks for all the blessings Saint Peter has given San Pedro and to ask for a prosperous fishing year. Following the mass, San Pedro Town Council hosted a fishermen’s breakfast at the Lions Den. By 6AM all the fishermen gathered in front of Central Park for a boat procession. Leading the procession was the vessel with Saint Peter mounted on the bow of the boat. At the end of the procession the boats and the fishermen were blessed by Catholic priest Fr. Mark Wendling.

Environmental Educational Campaign to culminate with an art exhibition