On Friday July 25th three health support vehicles were handed over to the Dr. Otto Rodriguez San Pedro Polyclinic II. The tuk-tuks, as they are commonly referred to, are a part of a donation made to the Government of Belize by the government of Dubai, United Emirates in April. 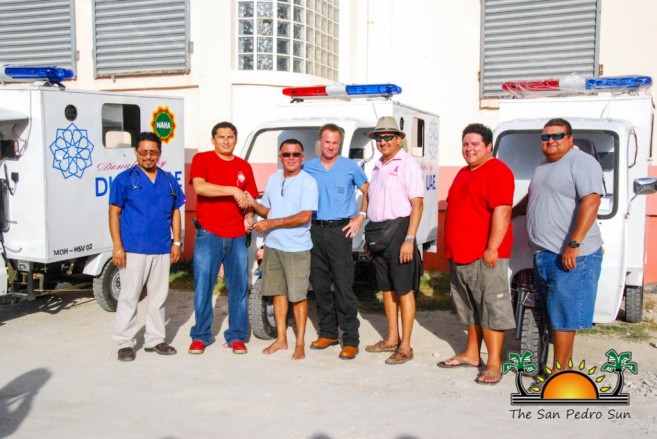 Three tuk-tuks were assigned to San Pedro and almost three months after it was first announced, they are finally in the hands of the clinic. During the time leading up to the handing over, the tuk-tuks were sitting at the San Pedro Town Council Barracks, as reported in Issue #23, Vol.24 of The San Pedro Sun Newspaper on Thursday July 5th. When asked why the handing over was prolonged,Area Representative and Minister of Tourism, Culture and Civil Aviation Honorable Manuel Heredia Jr. said “ We wanted to oil underneath the vehicles, to give it good maintenance,[and a] power wash as well so as to have everything in proper order before it was given to the polyclinic.” 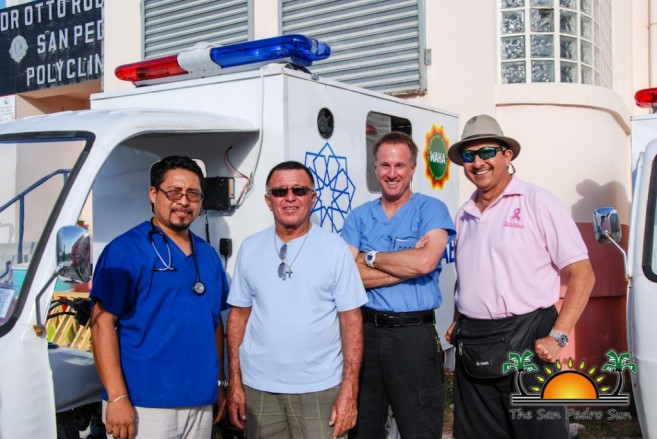 Handing over the vehicles were Minister Heredia Jr. along with Mayor of San Pedro Town Daniel Guerrero and other members of the town council. On hand to receive the much anticipated vehicles were Polyclinic Administrator Owen Vellos, Dr. Javier Zuniga and volunteer emergency medical technician (EMT), Alex Parmelee. 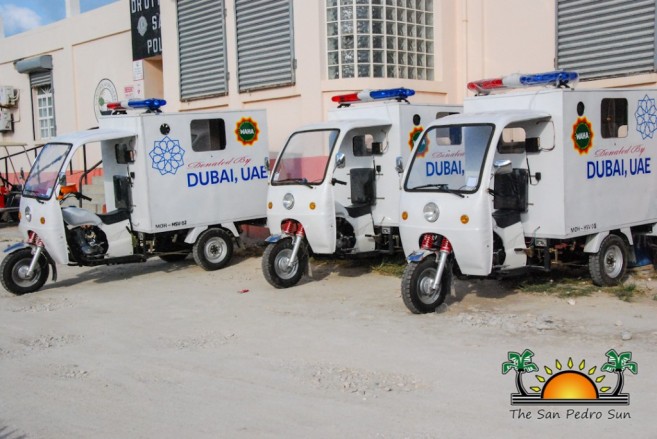 According to Minister Heredia Jr. the tuk-tuks are fully serviced and ready to serve the community. They will be assigned to different parts of the island. One is proposed to remain at the Polyclinic to respond to emergencies within town perimeters, while the remaining two will be assigned to the north and south end of the island. However, this will only happen after the required training to operate the vehicles has been conducted. Leading the training program for the emergency medical services will be EMT Alex Parmelee. In addition to working as an EMT in the United States for over 20 years, Parmelee also served as a medic in the US Army for 11 years. He has been on the island for one year, working as professor of Medicine at the Washington University of Health Sciences, and has also been volunteering with the Polyclinic for the past six months. Parmelee is ready to get training underway and looks forward to further serving the island community. 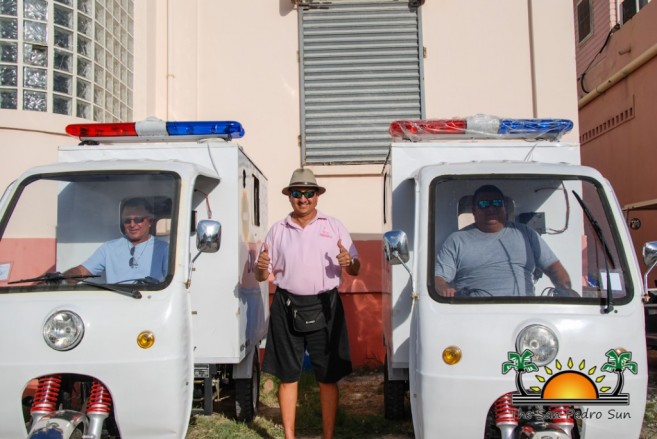 In a community wherethe lack of emergency response services and equipment is of great concern, the tuk-tuksare a welcome sight. At the event, The San Pedro Suntook the opportunity to ask Minister Heredia Jr. to address the community concerns as it relates to the lack of a 24-hr medical facility. According to Heredia, some work has been done to address the issue, “We have not stopped working,and presently the Ministry of Health has already completed the budget,[as to] how much it will cost, which hopefully will be presented to Cabinet on Tuesday (July 29th). The Prime Minister, in principle, has committed [and] he will approve this budget so that we will have our 24-hr services in the next, I say, two to three months, I believe.”

The San Pedro Sun will be following the developments of this proposal.