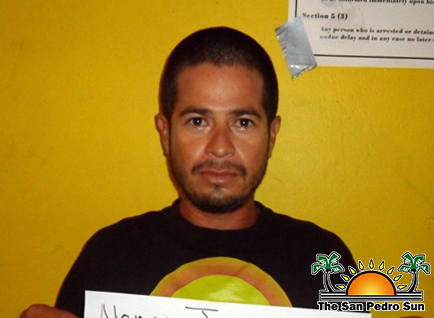 Complainant stated that the said Pops had taken them on a day tour on Friday 8th August, 2014 and thereafter they went to a private Island where they had a party and they consumed alcoholic beverages. Complainant stated that upon their arrival at San Pedro Town at about 1:00am the Captain parked the skiff near a pier but she along with a male tourist and the Captain remained inside the boat as she felt sick. The other tourists left the skiff and went within San Pedro Town. Complainant stated that shortly after the male tourist went unconscious due to alcohol consumption or drugs and that is when Captain Pops approached her and assaulted her sexually. A struggle ensued between them and as a result “Pops” had sexual intercourse with her against her will inside the boat. She had multiple scratches and bruises all over her body and complained of pain to her lower abdomen.
In respect of the report made statements were recorded, the boat was processed and photographed. On Saturday 9th August, 2014, the British female National tourist was escorted to Belize City Karl Heusner Memorial Hospital accompanied by a female Police officer from Caye Caulker Police for medical examination to be conducted on her.The medical examination was conducted by Doctor Jose Guerra and at the conclusion of the examination; Dr. Guerra certified that the patient had been carnally known. On Saturday 9th August, 2014 30 year old Jaime Rosado aka POPS  D.O.B. 16/01/84  Belizean tour guide of Travellers Palm street, Caye Caulker Village was detained pending investigation for the crime of Rape.

‘Let there be Light’ in San Mateo

Guatemalan incursion on the Belize side of the Sarstoon River