The San Pedro Veterans Football Club was in Honduras from Thursday, August 14th to Monday, August 18th to participate in two friendly football matches. The Veterans have had a long-lasting relationship with Honduran football clubs, and these friendlies serve to strengthen the relationship. 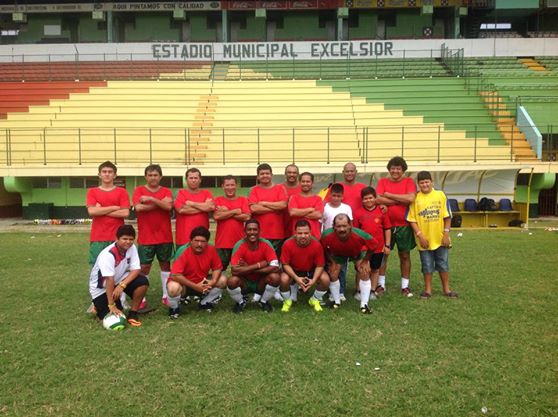 The first match was played in San Pedro Sula, Honduras on Friday, August 15th against the Marathon Football Clubs substitute players. Unfortunately, the Veterans were no match for the young national ranking athletes. The game ended in a 1-6 loss for the Veterans. For the second game the Veterans travelled to Puerto Cortez, Honduras where they faced off the Puerto Cortez Veterans Football Club on Sunday, August 17th. The game ended in a 1-1 tie.

According to the Philip “Billy” Leslie, the purpose of the games was not to win, but share in the love of the sport. “When it comes to football, San Pedro has a sister city relationship with Puerto Cortez. Sports coordinators of both areas share knowledge to improve football in either country,” said Leslie. Puerto Cortez Veterans had previously been in San Pedro for a friendly match during the San Pedro Lobster Festival. “One of our main objectives right now is to develop a female and an under-15 selection for San Pedro so that we can have more matches with teams from Honduras,” said Leslie.
The San Pedro Veterans would like to thank their sponsors Captain Sharks’ Marine Center and FC Aluminum Service.

Editorial: Proactive messaging is a sure way to be ahead of the game.