San Pedro Town has a new beauty ambassador, and she is Michelle Estrella Nuñez! Selected during the Annual Miss San Pedro Pageant on Saturday August 30th, 23-year-old Michelle captured the hearts of the public, as well as the judges as she joined five other contestants on stage. Nuñez also got the award of “Mujer Sanpedrana” as selected by the management of Los Cocos Hotel in Chetumal , Mexico. 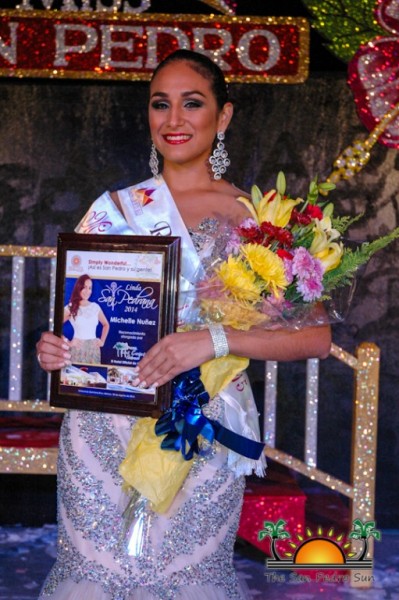 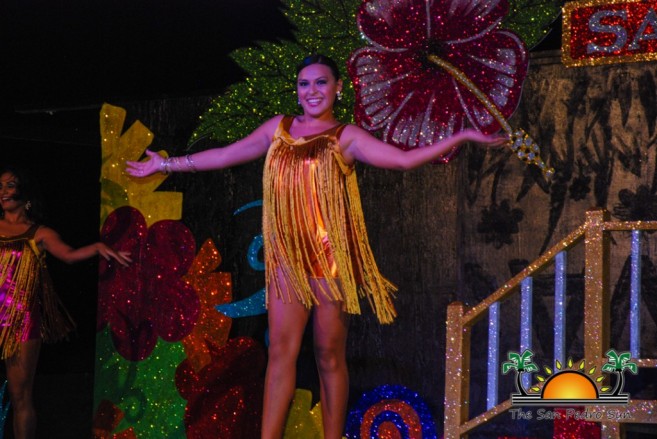 The pageant kicked off with a fabulously choreographed dance number that saw the six ladies dazzling in purple and gold to upbeat numbers that got the crowd going. The group dance was followed with a warm welcome to the crowd by host of the night Eiden Salazar. He officially presented each contestant and the night’s judges. Tasked with the responsibly of selecting the island’s next beauty ambassador were judges Dr. Theresa Damera, Sandy Roberts, Eloysa Herrera, Clive Myers, and Shelley Estephan Perrera. 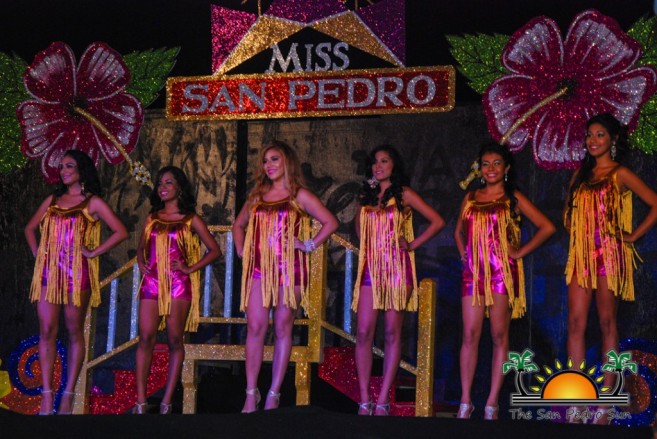 The first interval of the night saw a brilliant dance presentation by The San Pedro Dance Company who kept spirits high with their funky presentation of BomBom. This was immediately followed by the pageant’s second segment, the glamorous costume display. One after the other, each contestant commanded the stage with elaborate costumes that depicted Belize’s diverse wildlife. From birds of flight to deep sea creatures, each colorful piece was a treat for the spectators that were surely impressed with the glittering ensembles and well crafted head pieces. 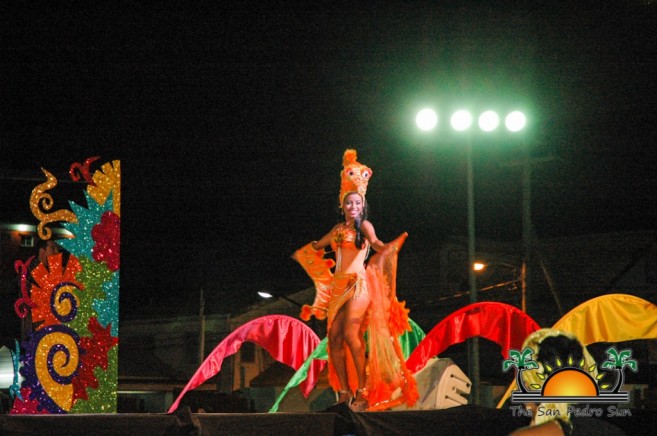 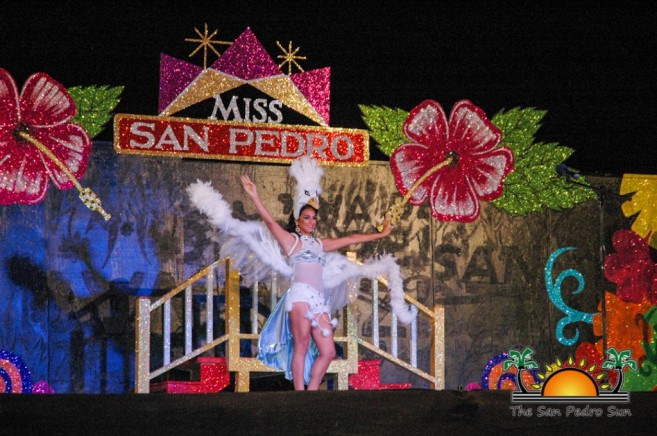 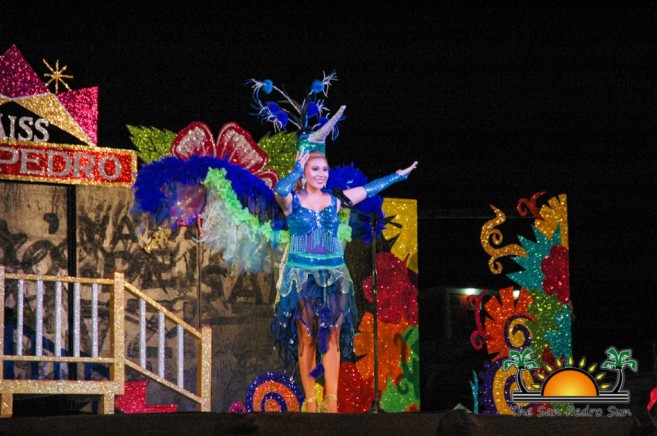 As the ladies exited the stage to get ready for the next segment, MC Eiden directed the attention of the crowd to the large screen for a fun interview clip that saw the ladies off the stage and behind the scenes sharing their hobbies, childhood memories and aspirations. The crowd laughed along as some of the ladies goofed off and allowed them to see their fun, casual side. This was followed by a trip down memory lane with another piece presenting San Pedro’s beauty ambassadors of the past. 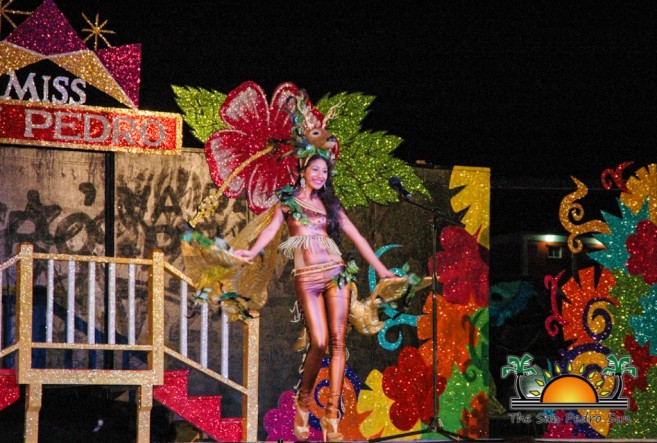 The music cued once more as Eiden announced the swimwear segment. Each in timeless black suits complimented with neon yellow wraps, each lovely young lady teeming in confidence as they commanded the stage. 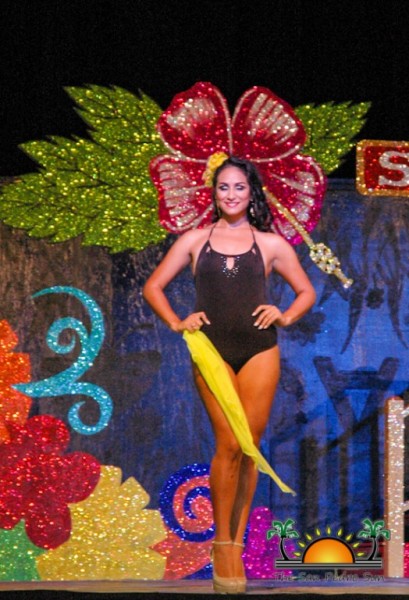 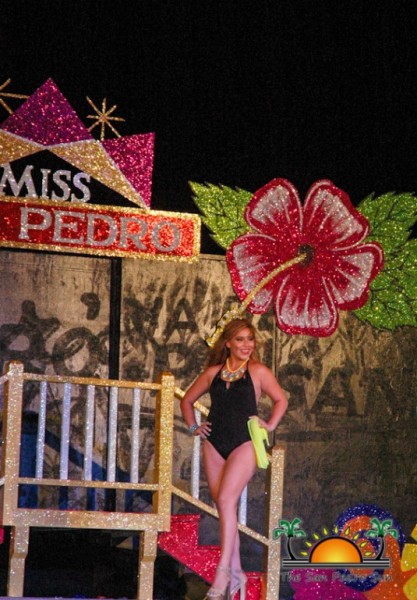 At the end of the segment, The San Pedro Dance Academy once again performed a wonderful dance to the hit song “Say Something.” The most anticipated segment of the night “Evening Wear and Question and Answer.” In lovely gowns, dazzling from head to toe, each delegate bloomed, gracing the stage with beauty and elegance. 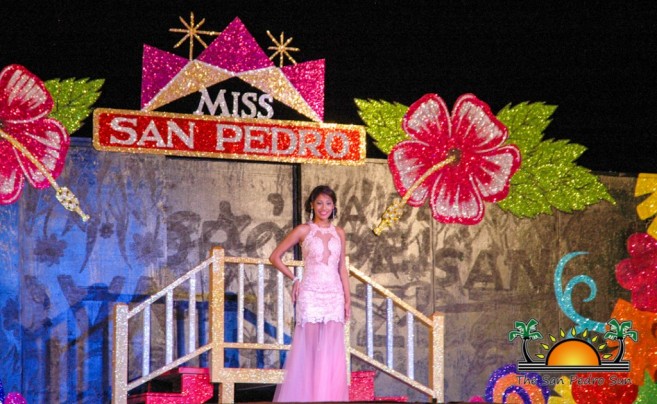 Eiden called each contestant to center stage, and one by one, they selected their questions. With eloquence and compassion, each answer was thought of carefully before it was presented. The judges then submitted their final scores to the tabulators who calculated the total scores for the night.

While this happened, the audience was directed to Part II of Miss San Pedro’s beauty ambassadors of the past. That led up to Solani Graniel’s farewell walk as she completed her reign Miss San Pedro 2013-14. An emotional Graniel expressed how much the pageant has impacted her character and social awareness, allowing her to champion causes much larger than herself. Graniel expressed her wishes for the Miss San Pedro to find just as much pleasure in her reign. 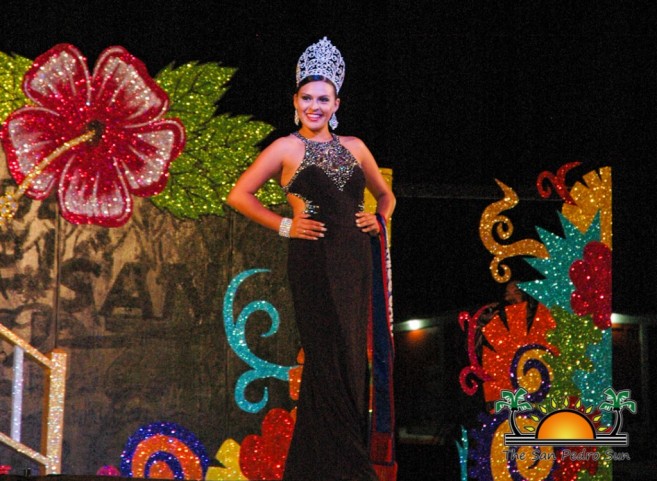 The night was winding down, but spirits remained high as the grand finale of the night drew near! The audience cheered for their favorite delegate as individual awards were given to Miss Photogenic, Illeny Aguilar, and First Runner Up and Miss Congeniality Doris Soriano. 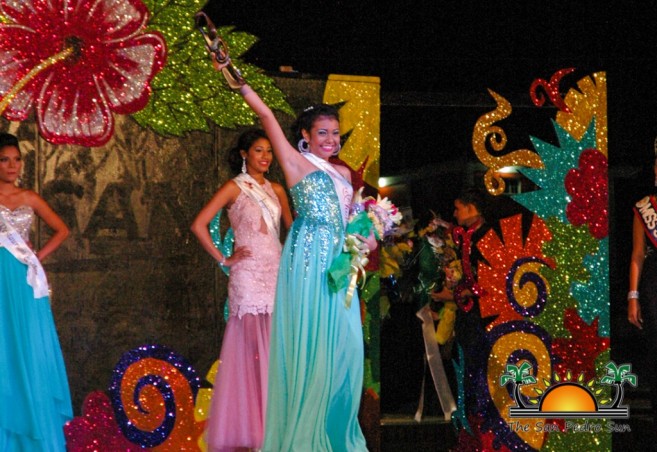 To the sound of drum rolls, the grand announcement was met with roaring approval as! The island’s new beauty ambassador, and Miss San Pedro 2014-2015, is Michelle Estrella Nuñez! 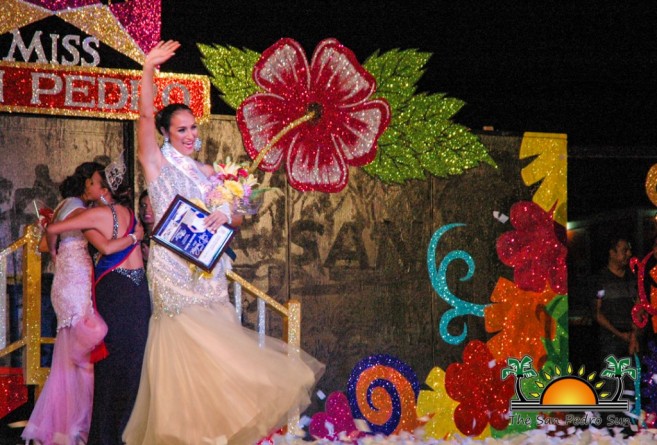 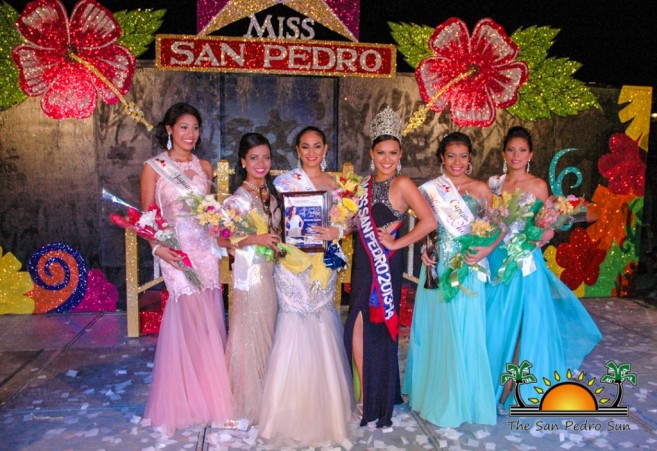 What’s New: Jordana’s has mastered the Art of Touch