Islanders joined in the country’s festivities commemorating the 216th anniversary of the Battle of Saint George’s Caye with much pride and patriotism. Events started with the annual Tribute to the Baymen on September 9th and went through to September 10th with the coronation of the new Miss San Pedro, Michelle Nuñez. As part of the activities, students also joined in a uniform parade through the principal streets of San Pedro Town. 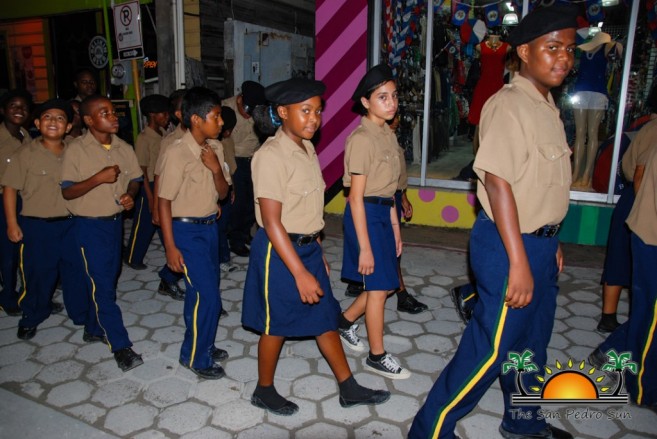 Official ceremonies took place with the Tribute to the Baymen which was held on the night of September 9th at the Central Park. Speaking at the event, both Mayor of San Pedro Town Daniel Guerrero as well as Area Representative for Belize Rural South, Manuel Heredia Jr echoed that the occasion is a time of reflection on the work of the Baymen, who stood to fight the Spanish armadas to protect Belize. They said that without the bravery displayed by the Baymen and handful of slaves, history would have been different for Belize. 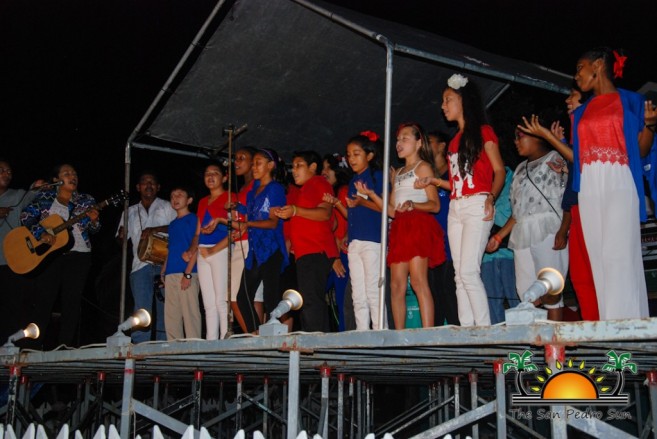 Meanwhile District Education Officer Miriam Codd delivered the official Tribute to the Baymen. She took the attendees back into history as she recounted the many encounters between the Spaniards and the British. Codd also explained that the final encounter on the 10th of September is recorded in both British and Spanish records, thus making the event significant to the country’s history. 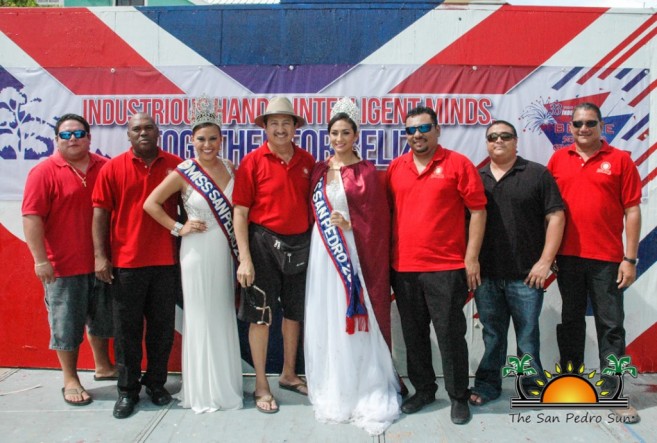 The highlight of the night included the participation of Heaven’s Voice Choir of the Roman Catholic Youth Ministry. The group interpreted many Belizean patriotic songs as well as well known old Creole Bruk-down music. 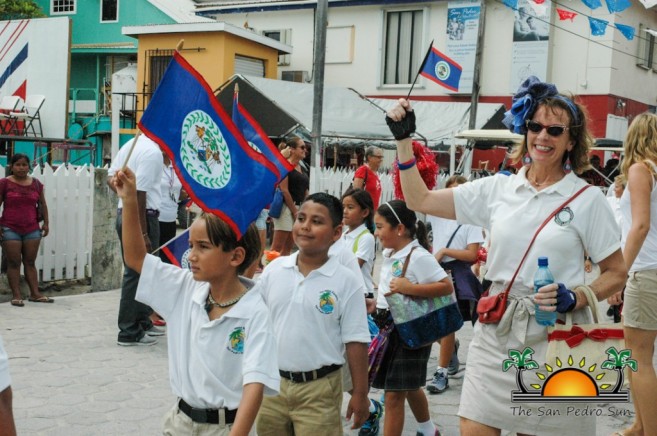 Activities continued on the morning of Wednesday September 10th with the official coronation of Michelle Nuñez, the newly crowned Miss San Pedro. The event took place before a large multitude of students and citizens that had come out in their colorful patriotic outfits. Nuñez was crowned by outgoing Miss San Pedro Solani Graniel. After the short ceremony, Nuñez, Graniel and contestants of the 2014 Miss San Pedro Pageant, joined in the citizen’s and uniform parade. 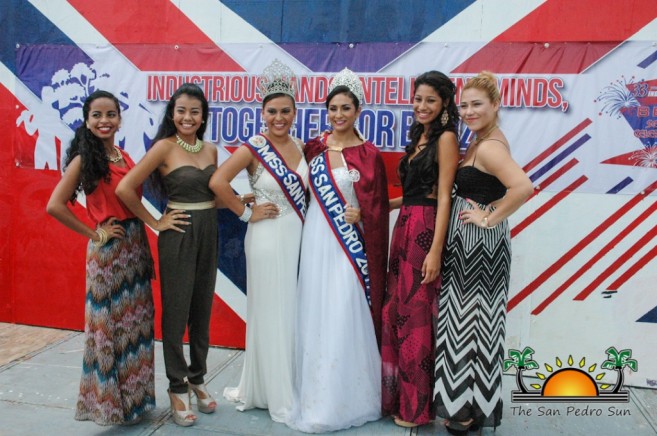 The parade saw students march through the streets of San Pedro Town and come to a halt at Central Park. The students waved their Belizean flags proudly while others sang patriotic songs in the true spirit of patriotism. Following the parade, members of the San Pedro Town Council helped in distributing refreshments to the hundreds of students that paraded. The celebrations were held under the theme “Industrious Hands, Intelligent Minds, Together for Belize.” Belizeans anxiously look forward to the big celebration of our 33rd anniversary of Independence on September 21st. Long live Belize!