On Wednesday September 10th, San Pedro Town celebrated St. George’s Caye Day with a host of activities, among which was a sports marathon held by The Ministry of Education Youth and Sports. The marathon coordinated by islander and national triathlete Kent Gabourel, comprised of three sporting disciplines including cycling, swimming and football.

The day’s activities saw juveniles, juniors and adults competing to win top place in their respective divisions. The first event for the day was cycling, whereby the four mile route took riders from the starting point at Calvio’s Bike Shop at the Boca del Rio bridge, northwards to Grand Caribe Resort. The cyclists then returned towards downtown, circling the San Juan round-about on Pescador Drive and finished the race at Calvio’s Bike Shop. The juveniles completed one lap, while the juniors finished two and the adults completed an impressive five laps. Finishing in top place for the juveniles was Deandre Vasquez, followed by Andy Rivero, Kyle Jacobs, Horace Cadle Jr., Deandre Gonzales, Nestor Castillo and Joshua Fuentes. For the juniors it would be Kian Ancona racing in first, followed by Jordan Santos, Byron Lara, Rodel Mendez, Lloyd Bodden, and Eric Lara. Top place in the adult division was awarded to Marcos A.K.A “Shell,” followed by Kent “Bob” Gabourel, Michael Rowland, Charles Garay and Andrew Vasquez. 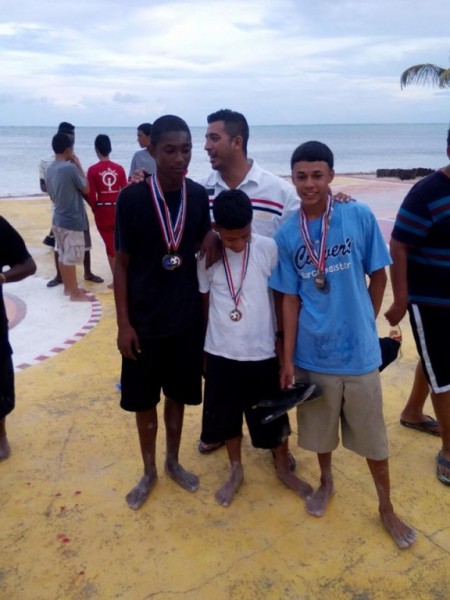 After the cyclists celebrated their victories it was time for the swimming competition. Swimmers took their mark at the Sir Barry Bowen Bridge. First up were the juveniles, ages 11 and under, who participated in a 30 meter sprint. Coming in first was Kyle Jacobs, followed by Miguel Hancock and Joshua Fuentes. The first set of juniors ages 11 to 14 were up next. When signal gave way, the swimmers took off to a 50 meter distance. Coming in first for that division was Andy Rivero, followed by a determined Rodel Mendez and Mariano Donis. Juniors 15 and over participated in an impressive 100 meter swim, emerging first for the energetic youngsters was Jordan Santos, followed by Kian Ancona and Deandre Gonzalez. 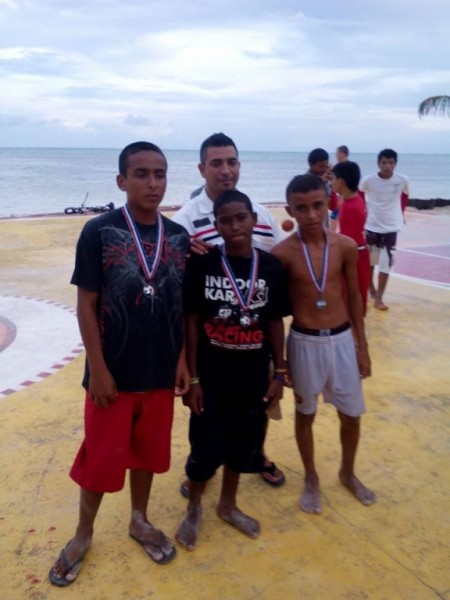 The final event for the day took competitors to the field in a three on three football marathon. Claiming top prize in the juniors division was the Warriors while second place went to the Boca Juniors. For the adults it would be the All Stars sweeping the competition and claiming first prize.
All juvenile winners for the day received medals, while the juniors received medals and trophies, and adults took home trophies and cash prizes.