The San Pedro Town Council five-a-side Football Tournament is scheduled to kick off on Friday, October 24th. Taking place at the Honorable Louis Sylvester Sporting Arena (Saca Chispas Field), the tournament will see ten teams facing off in a series of matches with the goal of winning the coveted first place prize of $1,000 cash plus trophy. According to event organizer, Hector “Tito” Alamilla Jr., the tournament is aimed to promote healthy recreational activity for the youth of San Pedro. 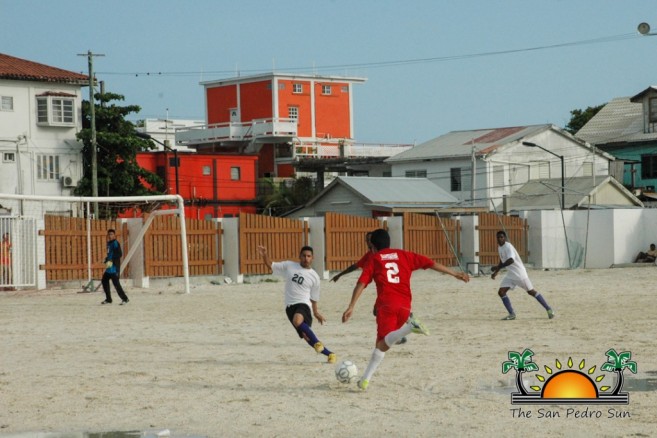 Five-a-side football consists of teams of five playing in a smaller field that the regulation size of normal football. Game time is also shorter than that of a regular football match. The ten teams registered to participate in the tournament are Warriors FC, FC’s Aluminum Fabricators, Valencia del Caribe FC, Swampedrito Lazy Boys, Island Pure FC, Eagles FC, Green House FC, Airstrip Taxi Strikers FC, Pro Divers FC and Dorados FC. All teams must have ten registered players and a proper football uniform to represent the team.
Each team will participate in nine matches. Points will be allotted according to the results of the game. Three points will be awarded for a win, one point per team in case of a tie and zero points for the losing team. The four teams with the most points will move on to the semifinals. The semifinals will consist of teams playing two games each and the two teams with the most points will advance to the finals. The remaining two teams will compete for third place. In addition, organizers would like to note that goals scored and received in the semifinals will be taken into account when determining who advances to the finals, if teams are tied at one win and one loss.
The first place champion will walk away with $1000, a trophy and individual medals. Second place winners will receive $750 and a trophy, while third place will receive $500 and a trophy. If there are no impediments in the schedule, the tournament should terminate on Sunday, December 7th. Food and drinks will be on sale throughout the tournament.
Everyone is welcomed to come out and support their favorite team. For more information contact 664-7566 or 607-1543.
The tournament schedule is as follows:

Photos:Stray dog roundup has begun on the island