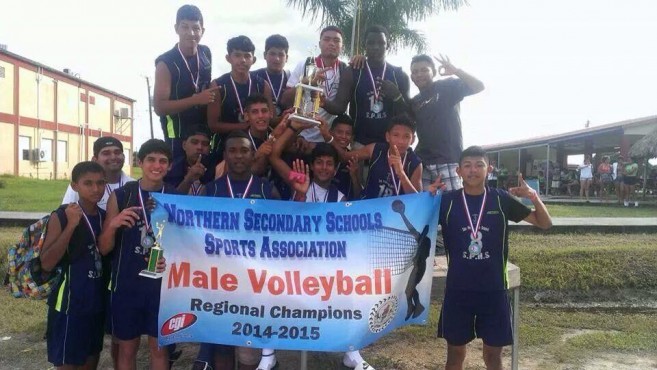 According to coach Nuñez this is the second consecutive year the boys have won at the regional level. The tournament was held at the Corozal Community College grounds, where the eight competing teams assembled to see who would come out on top. Participating teams included the male and female teams from New Hope High School, EscuelaTechnica de Mexico , Muffles College and San Pedro’s very own SPHS. The SPHS boys managed to rise above the competition, capturing first and qualifying for the National competition, however the girls did not share in that victory.
The SPHS boys are set to compete at Nationals in Orange Walk on November 7th-8th, where they will meet with various zone champions all in a battle for the top prize. The SPHS male team comprises of team captain Gabriel Nuñez Jr., Guillermo Nuñez, Afrie Black,Shemar Broaster, Jovi Ico Libero, Damion Pollard,Josue Marin, Giomar Marin, Samir Mejia, Kian Ancona, Antonio Piñeda, Axel Gonzalez, and David James along with coaches Erick SanitzoNuñez and Guillermo Rivero.
The San Pedro Sun congratulates the SPHS boys on their back to back victory as Northern Regionals Male Volleyball champs and wish them the very best at Nationals.