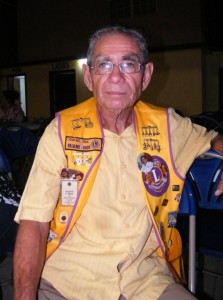 A founding giant of San Pedro Town has passed away. Edilberto “Betito or Beto” Marin, quietly passed away at his family residence on the evening of Wednesday January 7th after a long battle with Alzheimer’s. Betito or Beto, as he is affectingly known by many, served his community and country in many capacities but most notably amongst them all, via his contribution in the Lionism movement in Belize and the island.

Beto was born on July 1, 1943 to Inelda and Carlos Marin in the quite little fishing village of San Pedro. He was just one of seven children born to the Marins, but from an early age, displayed the true character of a leader – a character that took him a very long way in his lifetime.  At the young age of 22, Beto met his wife Nita Ayuso Marin and together they had four wonderful children.  His four daughters; Mireya, Imelda, Nita and Flor, were raised showing love for their community in a very disciplined and Christian Catholic home. 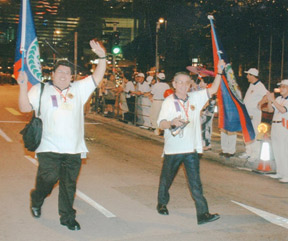 In April 2005 Beto traveled with fellow Lions to Tokoyo where the San Pedro Lions Club was selected as the Lions Club of the Year, out of 46,103 clubs in 193 countries.

Betito’s contributions are countless; he served as member of the San Pedro Village and Town Council for many years; he was a pioneer in the fishing cooperative on the island; and most significant and dear to him, was the foundation of the San Pedro Lions club in 1975. He served in many capacities, including District Governor and Chairman of Belize Zone and District 59. His recognitions and awards are countless, but the most prestigious of them was the Melvin Jones Fellow (MJF) award in memory of international founder of Lionism. The MJF Award was bestowed on him in April 2012 in a convention dedicated to him.

His contribution, commitment, and desire to serve and put others before him made Betito a true “one of a kind.” This island indeed has lost an outstanding personality and a giant. The San Pedro Sun joins the community in expressing heartfelt condolences to the family and friends of Edilberto “Beto” Marin.

Funeral services for Don Beto will be held today (Jan. 8th) at 4PM at the San Pedro Roman Catholic Church.