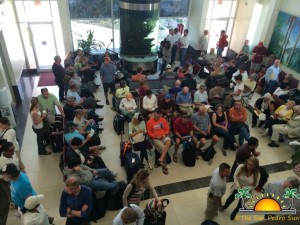 At approximately 9AM Saturday, February 21st The San Pedro Sun received word that the Philip S.W. Goldson International Airport was closed to air traffic. Reports were that several calls from employees of the Civil Aviation Authority, specifically Air Control staff had called in sick. Incoming international flights were diverted, with a Delta Airline flight from Los Angeles, California USA containing 150 passengers ending up in San Pedro Sula, Honduras.
In a brief press meeting at 11 AM the CEO of Civil Aviation Mr. Lindsay Garbutt indicated that air traffic controllers from neighboring countries would be brought in to man the command tower. The first of 15 international flights was expected to land at 11:30AM.
In San Pedro Town both Tropic Air and Maya Island Air were crowded with travelers who were destined for the international airport.
At 2:45PM the Ministry of Tourism, Culture and Civil Aviation, along with the Belize Department of Aviation issued the press release below. 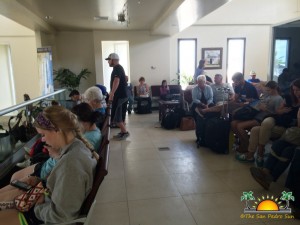