Since August 9, 2012, the Belize Border Management Agency (BMA) has been operating in San Pedro Town. Many people are curious about their role on the island. The reason for the island office is because of the implementation of boat routes between Chetumal, Quintana Roo, Mexico and San Pedro. The international boat route designates San Pedro Town an entry point to the country, so certain regulatory bodies were placed to oversee that proper protocol is practiced as at any international border. 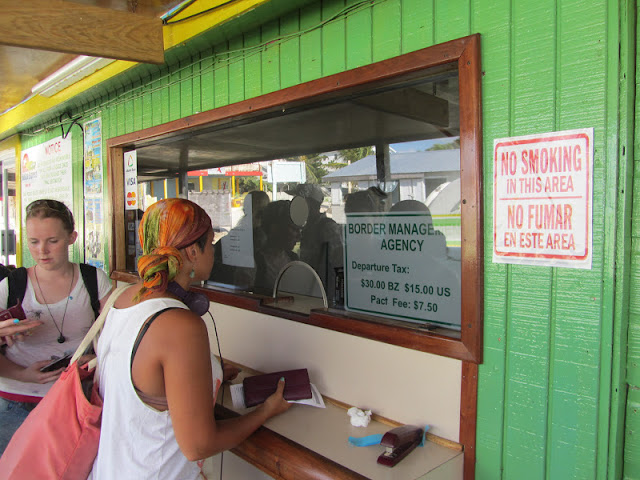 The influx of international visitors arriving directly from a foreign county require the implementation of the Custom and Exercise Department, Immigration Department, and BMA offices in San Pedro. While most persons are familiar with the work of the Belize Custom and Exercise Department and Immigration Department, many do not know the purpose of the BMA.
The BMA’s main purpose is to collect the Departure Procession fee/tax and Protected Areas Conservation Trust (PACT) fee/ environmental Tax from foreign visitors leaving the country. The fees are mandated under the BMA Act Chapter 144 of the Laws of Belize. The Departure Fee is charged to all foreigners once they are passing through or exiting Belize at any entry point less than 24 hours. The fee is $30BZ. Foreigners should have a stamp that verifies that they have entered into the country legally in order to avoid problems during their departure. The PACT Fee is charged to foreigners that have been in Belize for more than 24 hours. This fee is $7.50BZ and benefits the maintenance of protected areas in Belize.
In accordance to the Statutory Instrument No. 112 of 2003, certain people are exempt from these fees, including children under the age of 12, students from border towns attending school in Belize (and parents that accompany them during school hours), members of the diplomatic or consular corps, military personnel on official duty, officials of foreign governments invited to Belize by the Government of Belize, United Nations personnel on official duties, public officers on official duties, deportees and persons en-route to the Belize Free Zone. Proper identification must be presented in order for the exemption to be made. At no point should any Belizean citizen or persons with resident status be charged these fees.
Currently there are BMA officers in Punta Gorda Town, Corozal Town (Santa Elena Border), Benque Viejo Town (Western Border), Philip S.W. Goldson International Airport and San Pedro Town. The BMA San Pedro Office is located in the San Juan Area and can be contacted at 226-4256. To learn more on the BMA visit www.bmabz.com.