Ambergris Caye is become quite the celebrity hot spot, with several public figures choosing La Isla Bonita as their vacation destination. Among those celebrity vacationers was 50-year-old Mark Calaway, better known by his World Wrestling Entertainment (WWE) ring name The Undertaker. Calaway and his wife, retired WWE Diva Michelle McCool, were spotted at the Philip Goldson International Airport on Monday, June 22nd at around 4PM waiting for their connecting flight to San Pedro Town onboard Maya Island Air. 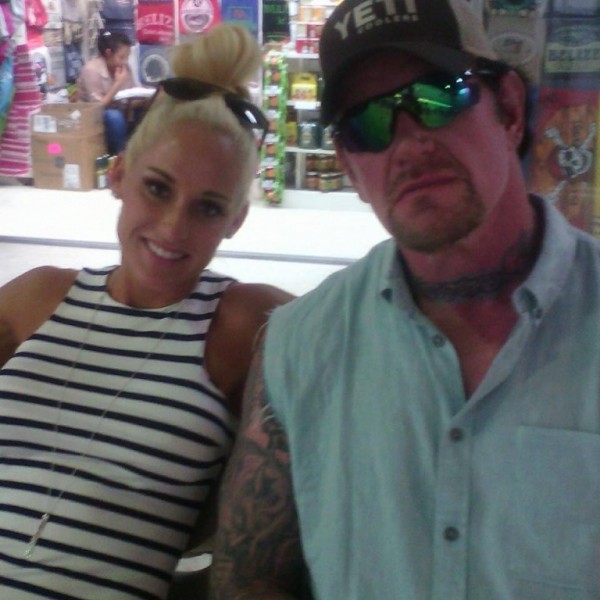 Calaway is an iconic American professional wrestler who employs scare tactics and links to the supernatural. He has won multiple championship belts in the WWE and is synonymous for “The Streak”, an unprecedented run of 21 straight victories at WWE’s annual Wrestle Mania (the biggest event of the industry). He was also winner of the 2007 Royal Rumble, is a four-time WWE World Champion, three-time World Heavyweight Champion, and one-time United States Wrestling Association Unified World Heavyweight Champion.
McCool also has quite an impressive portfolio in the WWE. She is a former two-time WWE Divas Champion, a two-time WWE Women’s Champion and a one-time Diva of the Year. McCool and Calaway tied the knot on June 26, 2010. She retired from WWE about a year later in May 2011 following severe injuries. McCool and Calaway have one daughter together, Kaia Calaway, who was born on August 29, 2012.

More on Community and Society
Feathered friends of Ambergris Caye