The San Pedro Lions Club had the distinction of hosting Lions Intermediate Past International Vice President Joseph Preston along with his wife Joni Preston on Monday, July 20th on a one day visit to the island. The purpose of his visit was to see the projects that the San Pedro Lions are involved in, such as the Belize Council for the Visually Impaired (BCVI) clinics. 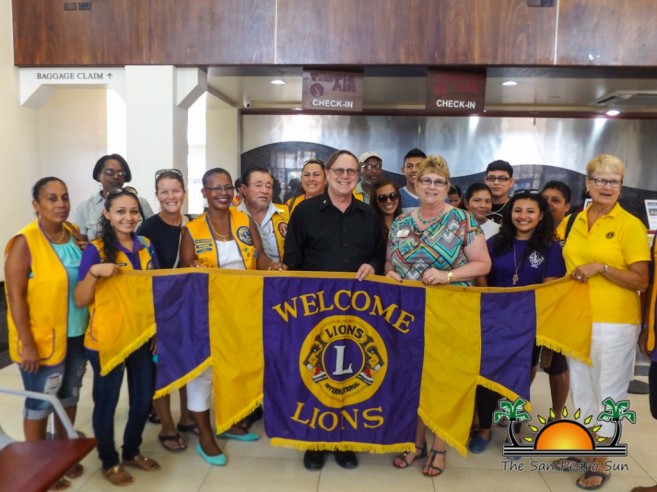 Upon arrival, a contingent of Lions greeted Vice President Preston at the San Pedro Tropic Air terminal. A lunch reception was then held at the Lions Den where the Vice President had the opportunity to mingle with the local Lions and invited guests. After protocol was established, Deputy Mayor Gary Greif gave his remarks highlighting what the Lions Club has done for the community. He pointed out the progress at the BCVI and the Club’s constant rhythm of service to the community. “I actually met a young kid that loves to play football, but he always had issues playing due to his poor sight. This child was then introduced to the eye clinic program the Lions Club has in San Pedro and now he is one of the best players the island has, thanks to the assistance of the San Pedro Lions Club,” said Greif. He stated that the first line of response to any disaster, either large or small, nationally or internationally, has always been spearheaded by the Lions Club. “I can recall that the largest humanitarian aid from Belize for the flood victims of Tabasco and Chiapas in Mexico was headed by the San Pedro Lions Club. Also, the Haiti relief efforts and help for the 2004 Tsunami victims in Thailand was initiated in Belize by the work of this local Club,” stated Greif. According to Greif, these accomplishments strengthen everyone as club, as a community and as Belizeans. He encourages all local clubs throughout the country to follow the example of San Pedro Lions Club. 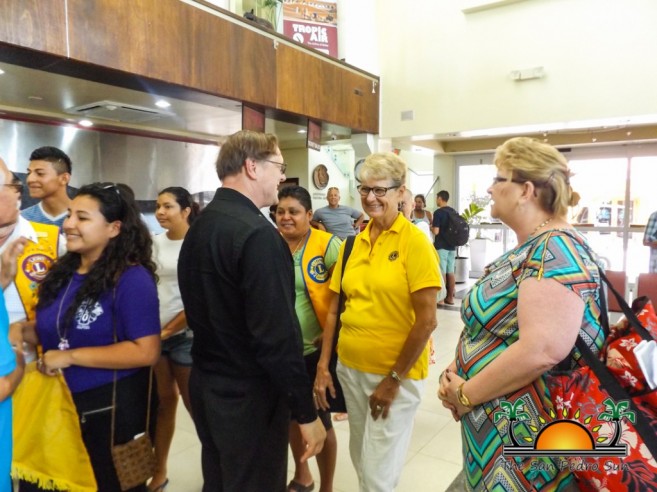 Preston then took to the podium, stating how happy he was to be in San Pedro, and how amazed he was by the work of the San Pedro Lions Club. He also announced the new Zone Chairperson for Belize, Raul Castillo who took the post on Sunday, July 19th. Preston commended everyone for the great work that has been done for the island. “This is an ongoing work and we should take pride to know that we are helping our own people. Let’s continue to give dignity to those people we serve, even though they might have different circumstances; it’s all about respect, giving people the humanity of the service which is really the essence of what we are trying to do,” said Preston. He expects that by the end of their centennial which is in 2017, the Lions International Club would have served 100 million people worldwide. “That is a lot of people to help and we are doing it in forty areas and we are doing a great job. 100 million is a big number, but not impossible. As of the end of last year we have served 32 million people, and this is because of Clubs like yours that have hard working and dedicated people,” commented Preston. 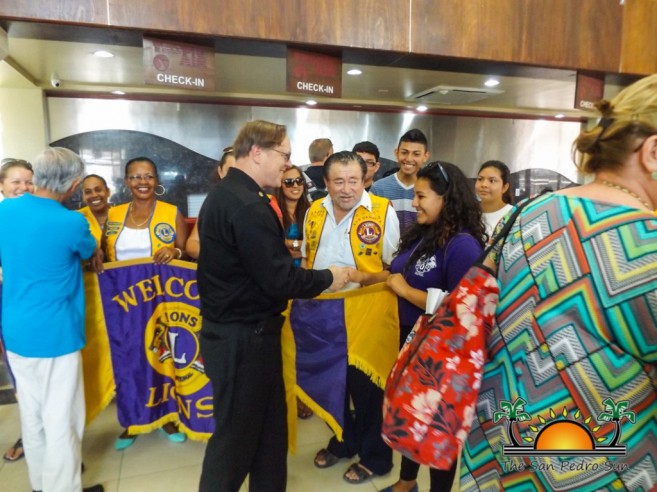 Preston discussed the screening program for the BCVI which he later inspected. The program will be equipped with special cameras which will be able to screen young children’s eyes and determine if there is a problem. “Through these screenings, we not only detect visual problems that may require glasses, but more importantly for the youngsters under the age of five, is if they have a lazy eye this is the right age to fix it. The screenings can also detect tumors behind the eyes and any other imparities that can affect someone’s vision,” ended Preston. He indicated that the eye screening facility at the clinic in San Pedro is expected to be operational by the end of August. 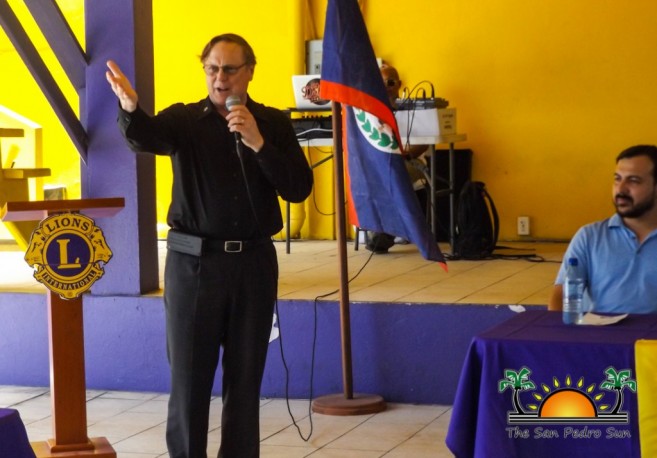 Before the ceremony was wrapped up with the vote of thanks by President Rigoberto Kumul, Preston and his wife were presented with gifts from the San Pedro Lions Club members and the San Pedro Town Council (SPTC) as well. At the vote of thanks, Kumul encouraged everyone to continue the work they do and improve in areas where possible. He emphasized that the community and the world needs the Lions. Special thanks go to all the club members, to the MC Jorge Aldana, members of the SPTC and to everyone who in one way or the other assisted in making the visit and luncheon possible. 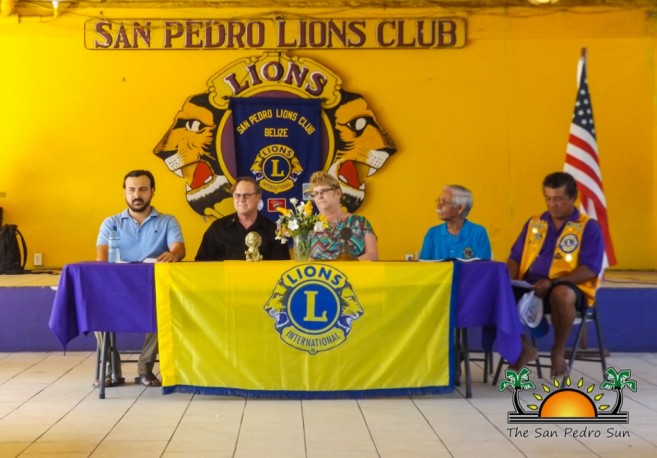 After the ceremonies, Preston and wife along with Deputy Mayor Greif among other guests enjoyed a Belizean lunch accompanied by traditional Belizean music.