Home » Community and Society » Islanders run for a worthy cause

« Older: Students use art to Make a Noise about Bullying
Newer: » The British are back!

Islanders run for a worthy cause


Over a hundred island residents of all ages came out on Saturday, October 31st for the first ever Bullying Awareness 5k Marathon. Organized through a collaboration between the San Pedro High School (SPHS) and the San Pedro Town Council (SPTC), the run sought to raise awareness on all types of bullying in the community. Starting at 7AM in the morning, the marathon saw participants running from the SPHS grounds to the Palapa Bar on northern Ambergris Caye and back. Registration fee was $5 per person, with prizes being awarded to top three finishers in four categories. 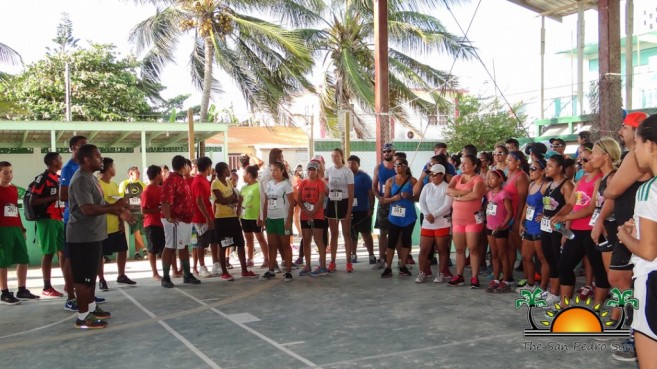 Members of the community gathered at SHPS from as early as 6:30AM to register for the race. Each person was given a number and placed in one of four categories. The categories included Junior Male, Junior Female, Senior Male and Senior Female, with the junior category being for persons between the ages of 12 to 16 and the senior category being for persons 17 and older. 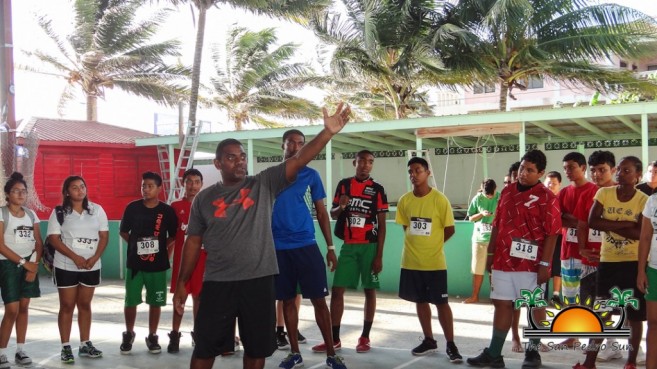 Prior to the commencement of the race, marathon officials, SPHS teacher Paul Kelly and island athlete Kent “Bob” Gabourel addressed the crowd. After sharing the rules and regulations for the race everyone was asked to line up at the starting line. At the start signal everyone took off. While some sprinted for the lead, others simply walked the distance in a show of support. Recording the official scores of the race were Michelle Nuñez and Melissa Guerrero. 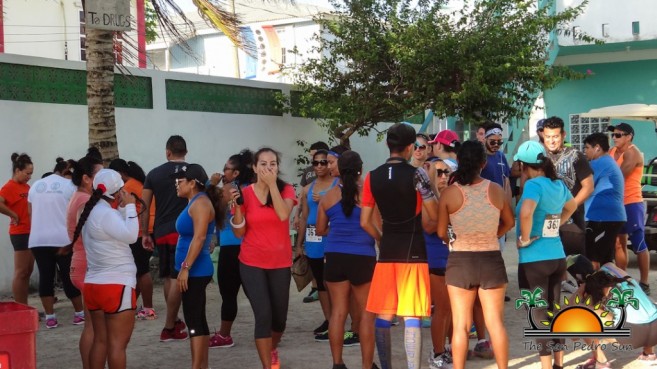 “This event received immense support from the community, and we would like to give a very special thanks to the San Pedro Town Council. In particular, we would like to thank Councilor Hector ‘Tito’ Alamilla, Shamir Guerrero, and also Chris Nuñez, from the San Pedro Traffic Department, all who helped with the logistics of planning and organizing the event. Equally important, we must thank all the businesses who donated prizes for all 12 winners of the marathon. Our generous sponsors were Ramon’s Village Divers, Elvi’s Kitchen and Mahogany Bay Villas, Searious Adventures, Castillo’s Hardware, Studio 93, Blue Water Grill, The Belize Chocolate Company and LC Distributors. Without the support and contributions of the above mentioned business establishments, we would not be able to award all of our winners. Special thanks must be given to Kent ‘Bob’ Gabourel who served as an official, along with two SPHS staff members, Paul Kelly and Yeseni Torres and two community members, Michelle Nunez (Miss San Pedro 2014-2015) and Melissa Guerrero in recording the official scores of the race. Last, but certainly not least, we must thank everyone who came out the day of the marathon to show their support for this serious issue that can affect children, young people, and even some adults. Namely, we want to thank the students and staff from SPHS who participated, and we also want to acknowledge the presence of the members of Crossfit- San Pedro who had the largest representation as an organization outside of the SPHS. We also had the participation of members from two other fitness communities, which were Cardio Dance, as well as W.O.D. Zone,” said event organizer, Alexis Guerrero.

Congratulations to all winners of the first ever Bullying Awareness 5k Marathon!