Over the past months, it seems that vehicular traffic in San Pedro has noticeably increased. The increase is not necessarily golf carts, but larger vehicles. Concerned residents are questioning what is being done to control the influx of large cars to the island, especially since our streets are becoming more crowded, and the scene in some areas can be alarming during certain hours of the day. The San Pedro Town Council claims to have put plans in place to alleviate the situation. 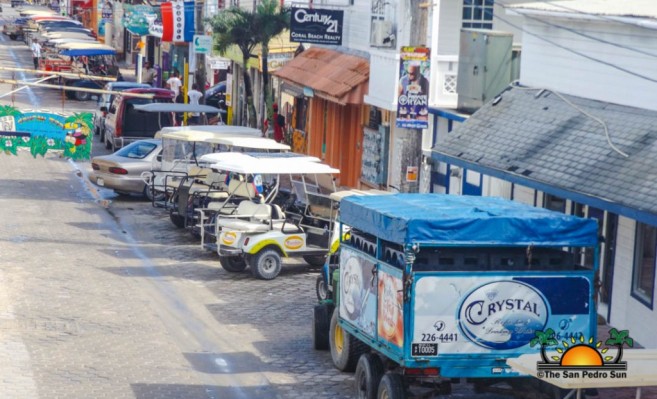 In an interview with Mayor Daniel Guerrero, he explained how the situation is being handled and what measures are about to take place. “We are considering putting a moratorium on vehicles, including golf cart rental businesses. We have stopped the golf carts, but vehicles have been coming to the island, and we need to stop it. In an effort to control the traffic, especially in school areas, we will hire more wardens,” said Guerrero. He mentioned that the Town Board will need to speed up in the implementation of parking regulations in certain streets, something he had mentioned in a previous issue of The San Pedro Sun (Volume 15, Issue #21). “We need to implement as soon as possible the ‘no parking of big vehicles on the Barrier Reef Drive, Pescador Drive and Angel Coral Street. Only small golf carts and motorcycles will be allowed to park on those streets. The cart rentals will be notified that their six-seat carts will not be allowed to park in any of these streets as well. So in that way we intend to alleviate the situation; it is not easy but we will do our best,” said Guerrero.
Another measure that will come into place is the schedule for delivery trucks. “The use of the large trucks, we have to schedule their routes. Any trucks that needs to do their deliveries need to do at 3AM and they should be finished by 7AM, and after that they should not be around for any reason. That will be a huge relief. Now speaking about the taxis; they need to be standardized. They have to look good, be well painted, and very presentable. We envision that after 2018, every taxi has to be small so they don’t take up too much space. Cute small taxis that could easily accommodate up to four persons,” said Guerrero. He stated that there might be a subsidy from Central Government so taxi drivers can bring them in duty free. 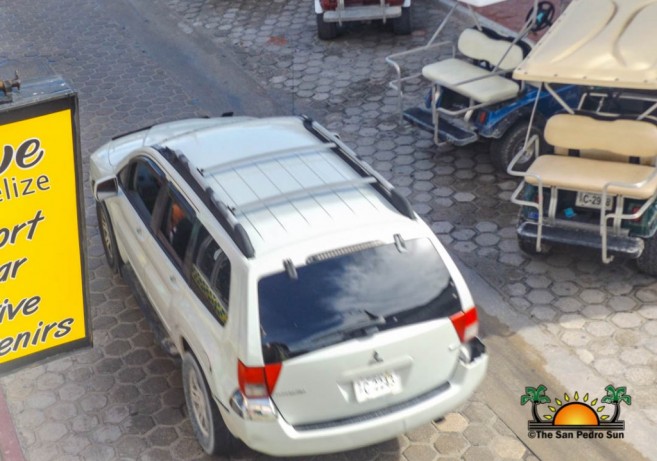 Guerrero also stated that the idea of contemplating the installation of a traffic light in Coconut Drive in front of Tropic Air will not happen, at least not yet, since the wardens seem to be doing a good job. He also intends to increase their number as to increase their efficiency. Guerrero expects that with all these measures, tourists and residents will be able to enjoy a safer, less congested island town.
The only golf carts or vehicles to be allowed on the island in the upcoming years will be for residents, not cart rentals. However, SPTC will be monitoring those entries closely as well. The implementation of these changes will be taking place after Mayor Guerrero returns from an international trip and has met with his councilors to determine a course of action.

Photos:Night of Fashion under the Stars