Home » Community and Society » The ICJ rules in favor of Costa Rica in border dispute with Nicaragua. How this does reflect on Belize?

The ICJ rules in favor of Costa Rica in border dispute with Nicaragua. How this does reflect on Belize?


For five long years Costa Rica and Nicaragua have been engaged in negotiations regarding a territorial dispute along their borders. The case was taken to the International Court of Justice (ICJ), where its final ruling was heard on Wednesday, December 16th, with the verdict in favor of Costa Rica. The ruling is binding and final, and even though the ICJ cannot enforce its decision, both countries had previously agreed to respect the court’s ruling. It is certainly a subject of interest, as Belize and Guatemala have a long standing territorial dispute, two neighboring Central American countries as well. Both countries’ leaders have expressed a desire to take the territorial dispute to the ICJ for a solution. After the result between Nicaragua and Costa Rica, is Belize ready to gamble? 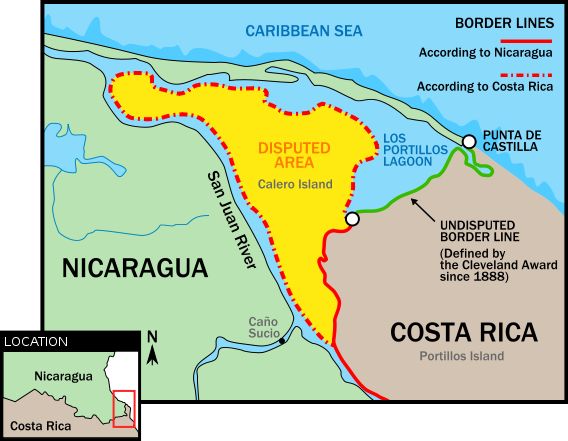 In the case of our Central American neighbors, the dispute was centered on Costa Rica’s free navigation and Nicaragua’s sovereign control over the San Juan River. The dispute also extended to the area known as Calero Island as referred to by Costa Rica, or Harbor Head as known to Nicaraguans, which the ICJ officially declared belonging to Costa Rica.
The dispute began in 2010, when Costa Rica sued Nicaragua for allegedly invading and destroying a small wetlands area that both countries have repeatedly claimed as their own. The Costa Rican government accused Nicaragua of trying to modify the map at the border where the disputed area lays. Costa Rica further argued that Nicaragua opened up three pipes that diverted the course of the San Juan River, a natural border between both countries. Then in 2011, Nicaragua responded to the accusation by stating that the Costa Rican government had caused environmental damages on its territory during the construction of a 120 kilometre-highway that runs parallel to the river.
Despite Nicaragua’s case against Costa Rica, they lost not only their territory to the neighboring country, but have been ordered to pay Costa Rica compensation, in an amount that is yet to decided by the ICJ.
In the Belize case, Guatemala is claiming 12,272 kilometres which is roughly around 53% of the Belizean territory, which constitutes of the southern portion of the country. The territorial, insular and maritime claim, which originated in 1859 is yet to be resolved and according to experts, at this time, will be going to the ICJ as the last resort for both Belize and Guatemala. Guatemala argues, that the southern portion of Belize, from the Sibun to the Sarstoon River, was illegally occupied by the British settlers. They also maintain that the boundary treaty signed in 1859, which established Belize’s boundaries with Guatemala as they exist today, was never fulfilled by Great Britain. The 1859 treaty states that “Great Britain and Guatemala celebrated a treaty on 13th April, 1859, “with Guatemala recognizing the present boundaries of the settlement of Belize as definitive… In return the British government included an article…to compensate Guatemala for her recognition of British sovereignty over the territory occupied by virtue of the Anglo-Spanish treaties of 1783 and 1786 and for her cession to Britain of the territory occupied by virtue of the Anglo-Spanish treaties of 1783 and 1786 and for her cession to Britain of the territory which lay to the west of these treaty lines and of that which lay to the south, between the Sibun and the Sarstoon.” The purpose of this article was to reestablish trade between Great Britain and Guatemala. This agreement was included as Clause VII in the Anglo-Guatemalan Treaty of 1859, although no stipulation was made as to the time of commencement or conclusion of either the road’s construction or its possible cost to either party. 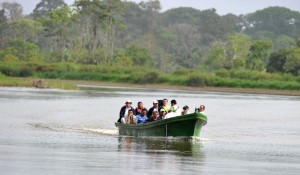 The first article declared that the boundary between the Republic and the British Settlement and Possessions in the Bay of Honduras, as they existed previous to and on the 1st day of January, 1850 and have continued to exist up to the present time, was, and is, as follows:
Beginning at the mouth of the River Sarstoon in the Bay of Honduras, and proceeding up the mid-channel thereof to Gracias a Dios Falls; then turning to the right and continuing by a line drawn direct from Gracias a Dios Falls to Garbutt’s Falls on the River Belize, and from Garbutt’s Falls due north until it strikes the Mexican frontier.”
According to some Belizean politicians, Belize has a good case and chances of getting a favorable result are expected to be high. However, some, we would call them, social commentators believe that there is a risk, that even though Belize might have positive results, Guatemala will get a share of Belize. Some experts have indicated that such a long held territorial dispute always comes with a decision that will satisfy both parties. However in this case, Guatemala has nothing to lose, whereas Belize is putting its resources, future and people in the hands of the ICJ ruling, if the case ever gets there. Before such a decision happens, Belizeans and Guatemalans alike will be asked in a bilateral referendum to vote if the territorial claim should be resolved at the highest international arbitrary, the ICJ.
The Nicaraguan-Costa Rica border has historically been a site of serious tension. During the Nicaraguan Revolution, U.S.-backed anti-communist Contra forces used bases in Costa Rica, and the San Juan River border region was one area where Sandinista guerrillas and Contras fought for control.
The general public has shared their opinions by stating that due to Costa Rica’s relationship with the international community, there was an extent of influence for the ruling to be on its favor. Likewise, they believe that since Belize has strong ties with the United Kingdom, this can be another advantage for a favorable turnout, besides having a good case. A date for a referendum vote has not been set in either Belize of Guatemala.