The San Pedro Town Council (SPTC) has begun works on the renovation of streets, mainly focusing on the areas in southern Ambergris Caye. Some of the areas like DFC and San Pablo have seen an initial improvement of their streets and the SPTC ensures that is just a matter of time before a complete transformation comes to the most damaged streets on the island. 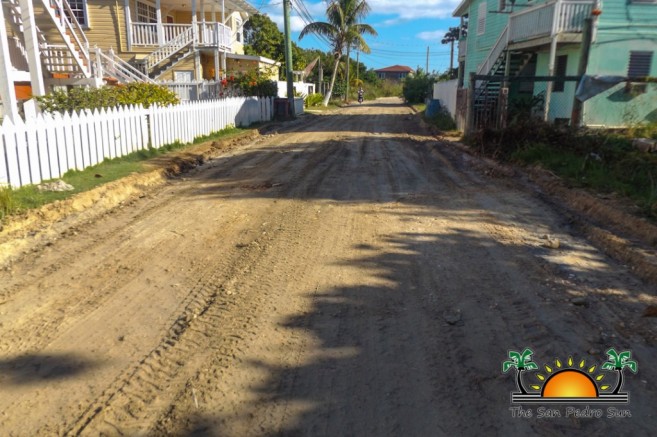 According to Mayor Daniel Guerrero, the Town Board is fully aware of the situation of the streets and is taking control of the situation. “The streets in DFC and San Pedrito are deteriorating, but not to the point where we can end up stuck. So we have already started to look into the issue, and we have barges full of hardcore material coming in for the most affected areas. This is temporary, as we are trying to buy time before the road is fixed and we can get material from the quarry in Northern Ambergris Caye. When this happens, the first areas of priority will be San Marcos, San Juan, San Pedrito, DFC and San Pablo,” said Guerrero. He expects that the quarry will be accessible in the next coming weeks. Guerrero also indicated that the material from the quarry will be cheaper and of better quality. 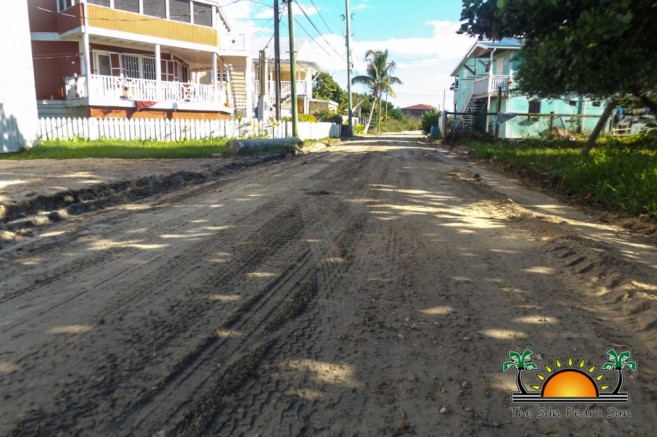 Another of the renovations coming to the streets, to all the subdivisions, is the building of sidewalks. The SPTC plans to also equip the streets with proper drainage so they are not affected by the heavy rains during the wet season. DFC and San Pedrito are the first two areas to expect this addition to their street infrastructure.
But the solution to alleviate the street situation is not only hardcore material; some of the streets will get paved. These include the street by Dr. Otto Rodriguez Polyclinic, Tropical Wave and Backatown Street. This has been on the table from last year, and Guerrero has indicated that the process to start executing the projects is falling into place and that other streets to benefit from the concrete paving will also extend to the street by the San Pedro High School, the street leading from Ritchie’s Supermarket to San Juan, all the way to Isla Bonita Primary School. However, it will be a slow process that will require securing and allocating the necessary funds. Nevertheless, the Mayor hopes to have these projects completed by the end of his term. 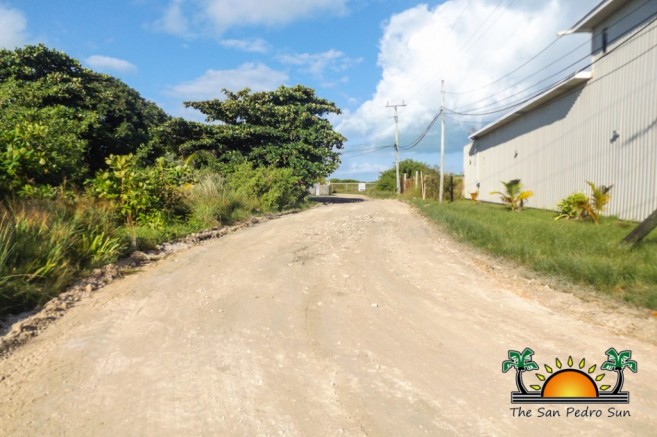 Guerrero also revealed that plans for the paving of the remaining 3.5 miles of the street south of Victoria House that stretches all the way to Mosquito Coast are on the negotiating table and about to start. The Mayor did not comment too much on the topic, but mentioned that there is one more detail to discuss. “A private company wants to do the project, and actually both parties, the Town Board and the private sector, are hoping the pavement of the road begins in February. The road will be well built; it will be compacted before it is paved. The road will also be lined up with one hundred and fifty solar lights and even though it does not include infrastructure for water tubing and other wiring, the space will be left so that these additions can be made later. The idea of the project has been well received and the Town Board and Area Representative Minister of Tourism, is all for it. The only thing we are waiting for at this moment is the blessing from Central Government so we can start next month,” said Guerrero. He is positive that the Government will give the green light with some minimal conditions.

All these projects are expected to give a boost to the tourism industry in San Pedro, and increase the influx of business to the island. According to Guerrero, it is a win- win situation that will benefit not only the service providers in the hospitality industry, but also make the job easier, for the Fire Department and the Police Department, among other entities around town.
If arrangements with Central Government speed up and the pavement of the road starts in February as planned, the road should be completed in six months.

Many benefit from Mobile Lands Clinic in San Pedro Town; Caye Caulker next