Belize will host the 27th Intersessional Meeting of CARICOM Heads of Government on the 16 -17 February 2015. There will be an Opening Session on Monday 15 at which presentations will be made by host Prime Minister and incoming CARICOM Chairman Hon. Dean Barrow, outgoing CARICOM Chairman and Prime Minister of Barbados, Rt. Hon. Freundel Stuart and the CARICOM Secretary-General Ambassador Irwin LaRocque.
The CARICOM Heads will deliberate on a number of critical issues to the Region, including the threat from the Zika Virus, handling Climate Change, and correspondent banking and security matters.
Ahead of the meeting, this newspaper has teamed up with the CARICOM Secretariat to provide an overview of CARICOM and the benefits its operations provide to the people of the Community, including Belizeans… 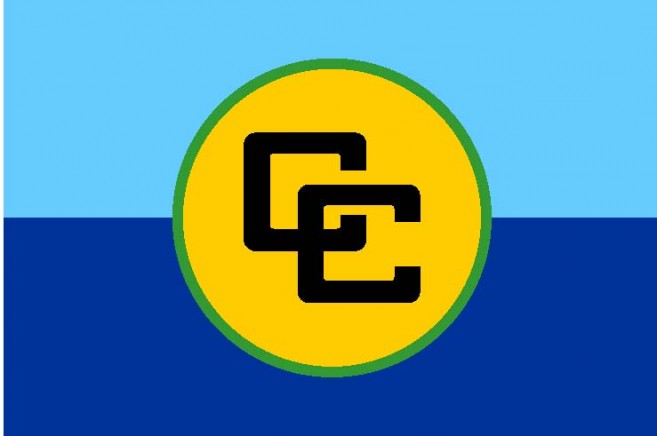 A BRIEF HISTORY OF CARICOM

West Indies Federation
The West Indian Federation, established in 1958, laid the strong foundation for the development of a Regional integration movement that comprised small contiguous states with similar cultural and historical experiences. The Federation comprised Antigua and Barbuda, Barbados, Dominica, Grenada, Jamaica, Montserrat, the then St Kitts-Nevis-Anguilla, Saint Lucia, St. Vincent and the Grenadines and Trinidad and Tobago.
The Federation was established by the British Caribbean Federation Act of 1956 with the aim of establishing a political union among its members. Although a plan for a Customs Union was drawn up, emphasis was not placed on the economic aspect of Federation during the four years of its existence. Economically, the Region remained as it had been for centuries, and not even free trade was introduced between the member colonies during this period.
The West Indies Federation came to an end in 1962, but its end, in many ways, must be regarded as the real beginning of what is now the Caribbean Community (CARICOM). The end of the Federation meant the beginning of more serious efforts on the part of the political leaders in the Caribbean to strengthen the ties between the English-speaking islands and the mainland territories, Guyana and Belize, by providing for the continuance and strengthening of the areas of cooperation that had existed during the Federation.
To this end, in mid-1962, a Common Services Conference was convened to take decisions on these services, the major ones among them being the University of the West Indies (UWI), founded in 1948 and the Regional Shipping Services set up during the Federation, to manage the operation of the two ships donated in 1962 by the Government of Canada – the Federal Palm and the Federal Maple.
The Caribbean Meteorological Service was established one year later, in 1963 and along with the UWI and the Regional Shipping Service, represented the heart of Caribbean cooperation directly after the end of the Federation.
In addition to the decision to continue the process of inter-state cooperation and notwithstanding the dissolution of the Federation, the year 1962 also marked two important developments in the establishment of a Caribbean Community: the attainment of independence by both Jamaica and Trinidad and Tobago in August that year, and with it, the power to control their own domestic and external affairs.
In announcing its intention to withdraw from the Federation, the Government of Trinidad and Tobago proposed the creation of a Caribbean Community, consisting not only of the 10 members of the Federation, but also of the three Guianas and all the islands of the Caribbean Sea – both independent and non-independent.
The then Prime Minister of Trinidad and Tobago, Dr. the Hon. Eric Williams, convened the first Heads of Government Conference in July 1963, in Trinidad and Tobago to discuss the concept. The leaders of Barbados, British Guiana, Jamaica and Trinidad and Tobago attended the Conference. There, the leaders of the four Caribbean countries all spoke clearly of the need for close cooperation with Europe, Africa and Latin America.
The first Heads of Government Conference proved to be the first in a series of Conferences among the leaders of Commonwealth Caribbean countries. In July 1965, the meeting of the Premiers of Barbados and British Guiana and the Chief Minister of Antigua and Barbuda focused on the possibility of establishing a Free Trade Area in the Caribbean.
This move resulted in the announcement later that month of definite plans to establish a Free Trade Area. This was carried through in the same year when, in December 1965, the Heads of Government of Antigua and Barbuda, Barbados and British Guiana signed an Agreement at Dickenson Bay, Antigua and Barbuda, to establish the Caribbean Free Trade Association (CARIFTA). They decided, however, not to implement the agreement immediately, in order to give the other countries an opportunity to consider membership.

Caribbean Free Trade Association (CARIFTA)
At the Fourth Conference held in Bridgetown, Barbados, on 23-27 October, 1967, Heads of Government decided to proceed with the Association based mainly on the 1965 Dickenson Bay Agreement, and also to include aspects of three studies that were undertaken. The three studies, conducted by the UWI and completed in 1967, were: the Dynamics of West Indian Economic Integration by Havelock Brewster and Clive Thomas; Possibilities for Rationalising Production and Trade in the West Indies by Alister McIntyre, Norman Girvan, George Beckford and Eric Armstrong; and Problems of the Caribbean Air Transport Industry by Steve De Castro.
One of the other critical decisions taken at the Fourth Conference was to recognise the different levels of development among the potential member countries of CARIFTA. Two categories of members were therefore created, namely More Developed Countries (MDCs) – Barbados, Guyana, Jamaica, and Trinidad and Tobago – and Less Developed Countries (LDCs) – Antigua and Barbuda, Dominica, Grenada, Montserrat, St. Kitts-Nevis-Anguilla, Saint Lucia, and St Vincent and the Grenadines.
The CARIFTA Agreement came into effect on 1 May, 1968, with the participation of Antigua and Barbuda, Barbados, Guyana, and Trinidad and Tobago. 1 August 1968 marked the formal entry of Dominica, Grenada, Jamaica, Montserrat, Saint Lucia, St. Kitts-Nevis-Anguilla, and St. Vincent and the Grenadines. British Honduras (Belize) joined in May 1971.
Emerging also from the 1967 Heads of Government Conference was the decision to establish the Commonwealth Caribbean Regional Secretariat on 1 May, 1968, in Georgetown, Guyana, and the Caribbean Development Bank (CDB) in October 1969 in Bridgetown, Barbados.
It was at the Seventh Heads of Government Conference in November 1972, that the Caribbean leaders decided to transform CARIFTA into a Common Market and to establish the Caribbean Community of which the Common Market would be an integral part. 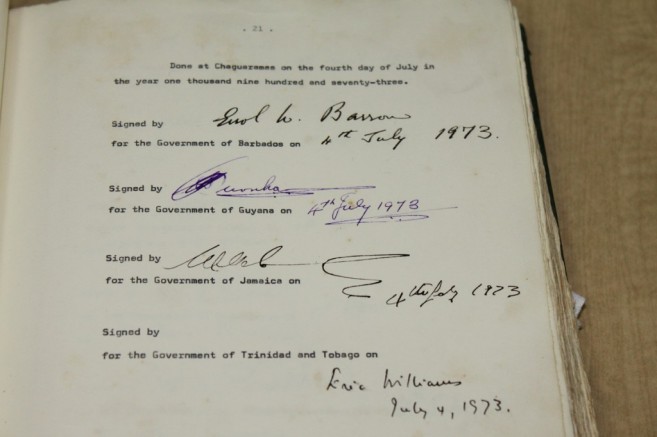 The signatures of the Founding Fathers of the Caribbean Community

At the Eighth Heads of Government Conference of CARIFTA held in April 1973, in Georgetown, Guyana, the decision to establish the Caribbean Community was brought to fruition. The process through which it was established is set out in the Georgetown Accord issued by that Conference. The Accord, which was agreed to in April 1973, contained the draft treaty which we now know as the Treaty of Chaguaramas.
The original signatories to the Treaty were Prime Ministers Hon. Errol Barrow for Barbados; Hon. Forbes Burnham for Guyana; Hon. Michael Manley for Jamaica; and Dr. Hon. Eric Williams for Trinidad and Tobago. By 1 May, 1974, all other members of CARIFTA had signed the Agreement to become full members of CARICOM, except Antigua and Barbuda and St. Kitts and Nevis. They both signed the Agreement in July 1974.
In July 1983, The Bahamas became the thirteenth Member of the Caribbean Community, but not of the Common Market. Suriname became the fourteenth State to join the Community in July 1995 and the Common Market in January 1996. Haiti was formally admitted as the fifteenth Member State in July 2002. 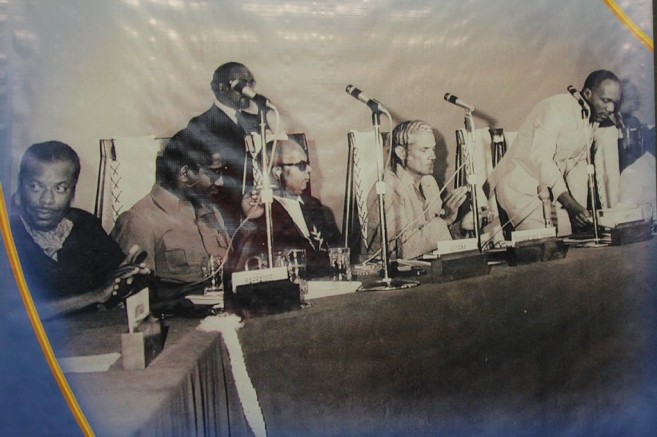 In July 1991, the British Virgin Islands and the Turks and Caicos Islands became the first Associate Members, followed by Anguilla in July 1999. The Cayman Islands became the fourth Associate Member of the Regional grouping in May 2002 and Bermuda became the fifth in July 2003.
From its inception, the three objectives of the Community, which are also known as the ‘three pillars’ were: economic integration; co-ordination of foreign policy; and functional co-operation in areas such as health, education and culture, and other areas related to human and social development. This was amended in March 2008, at the Nineteenth Meeting of the Conference of Heads of Government in Nassau, The Bahamas, to establish Human and Social Development as a pillar. 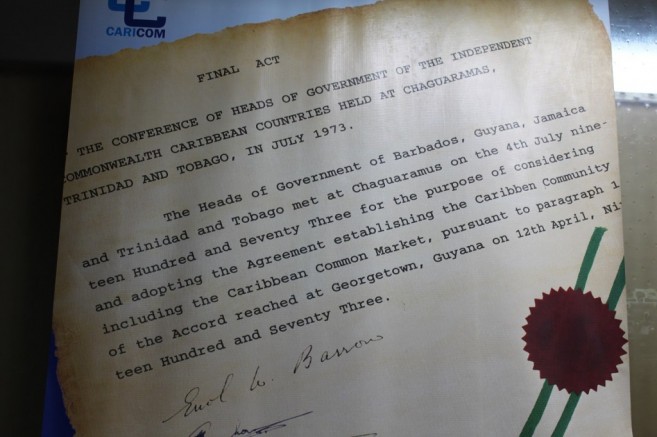 In recognition of the heightened challenges to security in the Region, CARICOM Heads of Government agreed, at a Meeting which was held in Kingstown, St. Vincent and the Grenadines in February 2007 that Security would be the Fourth Pillar of the Community. They established the Council of Ministers responsible for National Security and Law Enforcement (CONSLE) to deal with these issues. 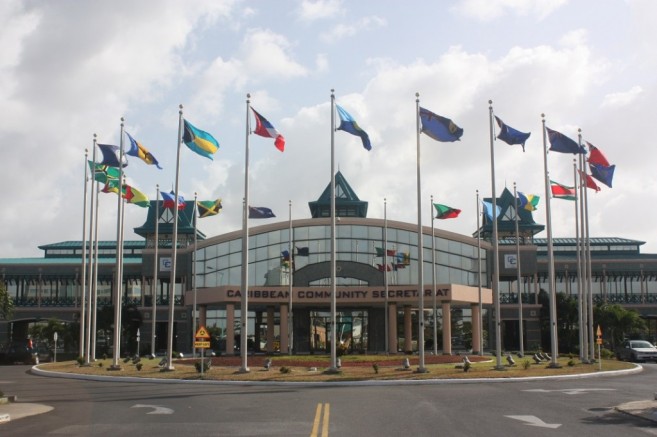 The CARICOM Secretariat in Georgetown, Guyana

In 1989, the decision that was taken to establish the CSME was a move to deepen the integration movement to better respond to the challenges and opportunities presented by globalisation.
Preparations for the establishment of the CSME included the negotiation of nine Protocols to amend the Treaty. These nine Protocols were later combined to create a new version of the Treaty, called formally The Revised Treaty of Chaguaramas Establishing the Caribbean Community, (including the CARICOM Single Market and Economy) which was signed in 2001.
The main objectives of the CSME are: full use of labour; full exploitation of the other factors of production; competitive production leading to greater variety; quality and quantity of goods and services, thereby providing greater capacity to trade with other countries.
On 1 January, 2006, the Single Market component of the CSME came into being, involving Barbados, Belize, Guyana, Jamaica, Suriname and Trinidad and Tobago. The other Member States, except Haiti, The Bahamas and Montserrat, became part of the Single Market in July 2006. Haiti is currently working towards effectively being a part of the CSME. A programme of assistance is currently being developed to aid Montserrat’s accession to the CSME. The Bahamas has not signified its intention to participate in the CSME.