Efforts to revive a dormant fishing association in San Pedro Town have been fruitless over the past years. The defunct association saw its opportunity to start once again when new members were elected during a meeting held in mid- February of this year. Enrique Marin was elected president, along with six other members tasked in solving the main issues affecting the local fishing industry. However, despite pumping young and active members into the association, poor support and commitment from members has the organization stagnant once again. 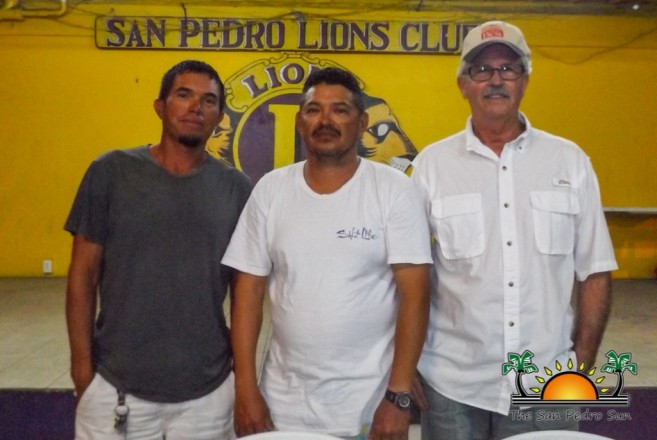 At the time of his appointment, Marin pledged to address the many difficulties affecting island fishers, which included the reinforcement of fisheries regulations, illegal fishing and even the proper issuing of fishing licenses. Upon listening to the award winning radio drama Punta Fuego, which airs on the local radio station, Love FM on Wednesday evenings, Marin says he encouraged some of his fellow fishing folks to follow it since it provides useful and up-to-date information regarding Belize’s fisheries industry. At Punta Fuego, a fictional fishing village somewhere along the coast of Belize, the fishing industry is everyone’s way of life, but it is threatened by illegal and unsustainable fishing activities by dishonest fishermen and even corrupt fisheries officials. But despite all these threats affecting the industry, there are people who care about sustainable fishing and are trying their best to salvage the industry. Such characters like Richie Valencia encourage fishers to attend and participate in fisheries related meetings, and to respect the fisheries regulations while explaining the long term benefits associated with responsible fishing.
A central theme in Punta Fuego is the need to respect replenishment of conservation zones. These are areas within a marine reserve where fishing is not allowed. By respecting the replenishment or conservation zones, fishers are investing in their future by ensuring that habitats remain intact and fish are allowed to grow, reproduce, and increase in number and size. These fish can then move to areas where they can be caught legally by fishermen. In essence, respecting these zones enable Belize and the area around Ambergris Caye to have a viable and profitable fishing industry.
Marin says he identifies himself with the character and even though the fight is a tough one, he will not give up. “We need to come together, get stronger in order to make this work. Unity is vital. Also, we [need to] work on formally registering the association,” said Marin.
Since Marin participates in many fishing tournaments and tourism is a big deal in San Pedro, he also hopes to merge the Fishing Association with the San Pedro Sport Fishing Association in order to be stronger and united. “If this unity could be achieved, we could then foster resources for the benefit of fishers in San Pedro,” said Marin. “We need to merge in order to have a strong voice. This will also open the doors for assistance from Governmental and Non-Governmental organizations.”
According to Marin there are over 50 officially registered fishers on the island, but either they are not fully active or have no interest in participating in the many activities the association tries to put into place. “We want this to change; we don’t want the fishing industry to die on our island. But to keep it alive we need the support of everyone, not just the fishers but also from the entire community,” said Marin.
During his tenure as president of the association, he will continue in his efforts to address these issues and bring about a change before his term is over. When the organization takes a more formal image, he plans to have a general meeting to identify the goals and objectives of the association. He hopes that sustainability and unity can work in San Pedro, much like in the show he enjoys so much.