A Night in Monte Carlo fundraiser for Raise Me Up


The non-governmental organization (NGO) Raise Me Up hosted its first major charity event on Saturday, March 11th at the Banyan Bay Suites. The NGO organized a masquerade party under the theme ‘A Night in Monte Carlo,’ and included live performances, wine tasting, catering, valet parking, silent auctions and a casino on the beach. All proceeds from the party will be put towards the construction of San Pedro’s first children’s home, Hope Haven.

Weeks prior to the event, supporters nabbed their tickets in order to support such an important cause. The idea to open a children’s home on the island began after observing several cases of children struggling in broken homes and are vulnerable to abuse. In many of these cases, they are removed from their parents and send off the island to a shelter on the mainland. Unfortunately, many of these children’s homes in other parts of the country are overcrowded, and with the high cost of living on the island, many of these children’s relatives cannot afford to visit them, causing the children to feel even more abandoned.

After the San Pedro Lions Club generously donated the use of a building they own, Raise Me Up has been very active in raising funds in order to transform it into a comfortable haven for children who have been neglected and abandoned. Raise Me Up also believes that if the children are kept on the island, they will not be separated from their relatives, and thus can maintain family ties. 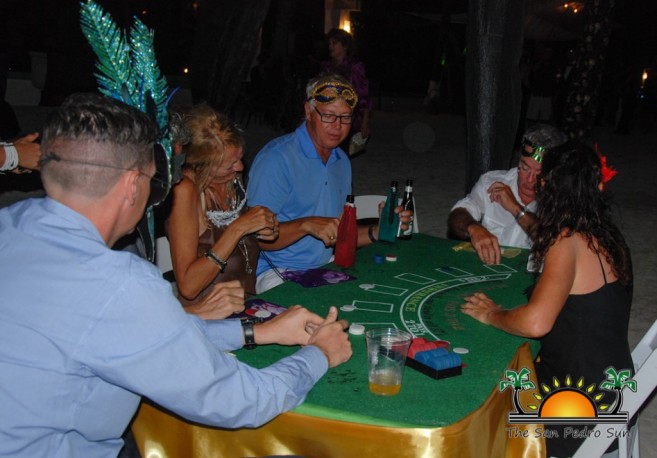 As such, organizers are pleased to report that the fundraiser was quite successful. As early as 6PM, guests began arriving, eager to have a good time and take part in all the activities scheduled for that night. “This is a wonderful event, imagine a casino on the beach, good music, this is my kind of place. At the same time I am very happy to contribute to this great cause for the children of San Pedro,” a guest told The Sun. 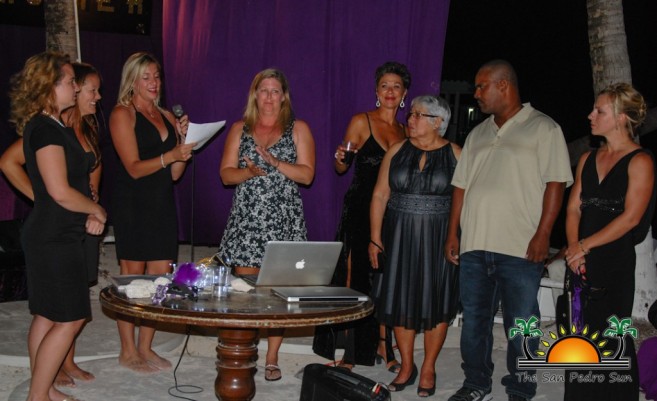 Serenading the evening revellers was no other than Bobby Vandell of Abracadabra, who flew in from the United States just to be part of the event. Chef Garfield from Pier 366 delighted every attendee with his amazing food creations. There was even a wine tasting station, where guests won fabulous prizes by tasting and guessing the spirits’ origins. Two cash bars joined several tables at the casino section on the beach. $100 worth of chips was provided to each guest as part of their entrance ticket, to try their luck at the casino. It was a gambling frenzy, with everyone trying their skills in Poker, Blackjack, Roulette and even Craps. The silent auction was on throughout the evening, and according to organizers, was very successful.

“Not only was this a fun event, but we raised a great amount of funds for the island’s first children’s home,” said a representative from Raise Me Up. “We have already hired a contractor for the speedy building of the children’s home.” In the upcoming weeks, a full report of the funds collected is expected to be presented to the public, as part of the NGO’s commitment to transparency.
Raise Me Up continues receiving donations towards this much needed project for the children of the island. Any party interested in contributing or finding more about the organization can contact them at 610-1843.

Special thanks go out to everyone who, in one way or another, contributed to the event. BIG thanks go out to Andrew Ashcroft, Pier 366 Seafood House, Lara Goldman of 12 Belize, Banyan Bay Suites, and all the fabulous volunteers who came out to support.