UPDATE: Police have indicated that Hamy Alena Reyes is at the San Ignacio police station, safe and sound.

The San Pedro Police Formation is investigating the abduction of a seven year old girl, Hamy Alena Reyes, which apparently took place on Sunday, June 4th. According to the mother of the child, 32-year-old Hade Anaide Chacon, Belizean prep cook from the San Mateo Area, she was informed that the child was taken to Guatemala by her mother, Maria Quixchan, without her permission. 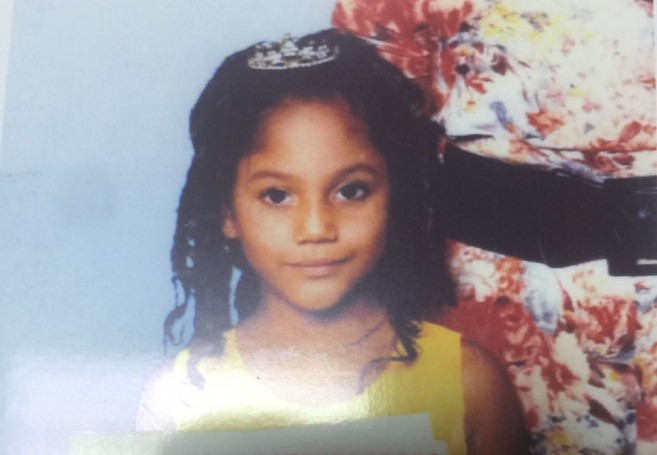 Chacon told police that on Saturday, June 3rd about 8PM she dropped off her daughter at her babysitter in San Mateo and went out with a friend. The following day on Sunday about 11AM, she went to the babysitter’s house to pick up her daughter, but was informed that she went to church along with her kids. Chacon decided to wait for her daughter until 12 midday.
She reported that shortly after midday, her babysitter’s children arrived but her daughter was nowhere to be seen. Chacon inquired about her little girl and was told that Hamy had gone with her grandmother to her house and did not return to the church. However, Chacon continued to wait for her daughter until 5PM and then left to her sister’s house where her mother was staying. When she arrived they told her that her mother had taken the child to Guatemala since 10AM that same day. Chacon made checks inside the house and noticed that neither the mother nor her daughter were at home. She then told her sister that she was going to the police station to make a report, because she did not give her mother permission to take her daughter out of the country.
Chacon suspects that her daughter is in San Andres Peten, Guatemala, where her mother is presently living. Her mother is described as being four feet in height, long white hair, and medium built. Hamy is of light skin complexion, with light brown shoulder length hair, dark brown eyes, and slim built. Anyone with information is advised to visit the nearest police station.