Whether it’s blaring music, noisy bars, or house parties, several San Pedro Town residents have complained that excessive noise at night continues to cause disturbance. Furthermore, they claim that their attempts to resolve the issue peacefully have been fruitless. Thus, they ask respective authorities to step in. 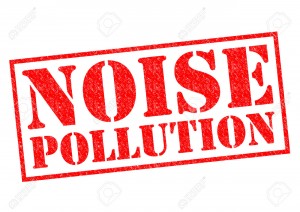 As noise is defined as any unwanted or inappropriate sound; noise pollution is noise that interferes with normal activities, such as sleeping and conversation, and disrupts a person’s quality of life. Since noise pollution is generally treated as an environmental health matter, the Department of Environment (DOE) is tasked with overseeing noise pollution regulations. In a press release issued on June 28, 2017, the DOE stated that noise abatement legislation has been on the books for a quite long time. “The Pollution Regulations speak to ‘permissible levels’ of noise and the pre-requirement of ‘soundproofing’ of establishments producing noise. There are measures that can be put in place to reduce the level of noise so it does not affect the quality of life [of] surrounding neighborhoods.”
According to the Noise Abatement Regulations, Part XI, Chapter 328, Revised Edition 2003 of the Subsidiary Laws of Belize, “a person who on any premises uses or causes or allows to be use any equipment in such a way as to cause or allow it to emit unreasonable noise from those premises commits an offence”. This is liable on summary conviction to a fine of not less than $1,000 or imprisonment for a term of not less than three months. It further states that “a prosecution for an alleged offence under sub regulation may be instituted only by any three or more persons of whom is the occupier of the premises and claims to be directly affected by that alleged offence; an authorized person; or police officer.”
One resident of San Pedro Town, neighbor to a bar on Angel Coral Street, told The San Pedro Sun that she is unable to sleep due to loud noise. “I work two jobs, and when I come home, I need my night’s rest. The noise is too much, and my children and I cannot sleep.”
Although the San Pedro Town Council (SPTC) acknowledges that high noise levels can be an issue, a representative stated that they seldom receive complaints of noise pollution. “Maybe there are residents who are complaining, but they are not making a proper report. In order for us to address the issue, complaints have to be written and addressed to the San Pedro Liquor Licensing Board, and the Police Department. Once received, we address the letter in our quarterly meetings, and depending on the complaint, we might issue something back in writing. Until then, we monitor the situation, and try to gather evidence,” said the SPTC representative.
Sound strength is measured in decibels (dB), and according to the DOE, most residential premises should not exceed 45dB from 6PM to 6AM. During the day, only 60dB are permitted for residential areas, and 90dB for industry/commerce.
Aldo Cansino of the DOE explained that noise pollution is an issue that is taken seriously. “Some homes have children or elderly persons who want peace and quiet. Most people are under the impression that if they have a liquor license, they are permitted to play loud music. That is a common misconception. The liquor license allows you to sell liquor until a certain time, and there is no permit that you can get to make noise. Noise is usually a result of ill-planning, and neighbors need to be mindful of their actions,” said Cansino.
In addition, high noise levels can be hazardous to health, which can lead to hearing loss. The World Health Organization (WHO) states that 80dB noise can temporarily damage a person’s hearing ability and 100dB may cause complete deafness.
Casino explained that there are many ways persons can control noise nuisance. “The easiest thing to do is to lower the volume or they can adjust their schedule of when they’re creating noise. At the DOE, we usually would go and inspect the premise and test the decibels. For example, we would mark the equipment where they should not go above. Sometimes, it is the location of the speakers, which has to do a lot with how sound travels. Since sound proofing is more than a technical thing, we look at practical ways to alleviate excessive noise. Our approach has been to work with people so they can have a better appreciation and understanding of the law. We also encourage them to be good to their neighbors and the environment,” he said.
The DOE states that if these persons do not adhere to our instructions, a written warning is issued. If the person still violates the law, the DOE will serve an abatement notice to the person responsible for the noise. In the meantime, the DOE implores on all homes/establishments to use all reasonable means to reduce or control the effect noise produced.
If you have any complaints regarding noise pollution or have questions, you can contact the Department of Environment at Tel: 822-2548/2819; or email [email protected] If you have any complaint of an establishment that holds a liquor license, you may give two written complaints addressed to the “San Pedro Liquor Licensing Board” and the “San Pedro Police Department”. The letters can be dropped off at the San Pedro Town Council on Barrier Reef Drive.