San Pedro Town police officers, along with other authorities held a consultation on Thursday, October 19th at the Angel Nuñez Auditorium. In attendance were students from the San Pedro Junior College, San Pedro Adult Continuing Education and island residents. The purpose of the presentation was to explain the new marijuana amendment law that seeks to decriminalize the possession of up to 10 grams per person. 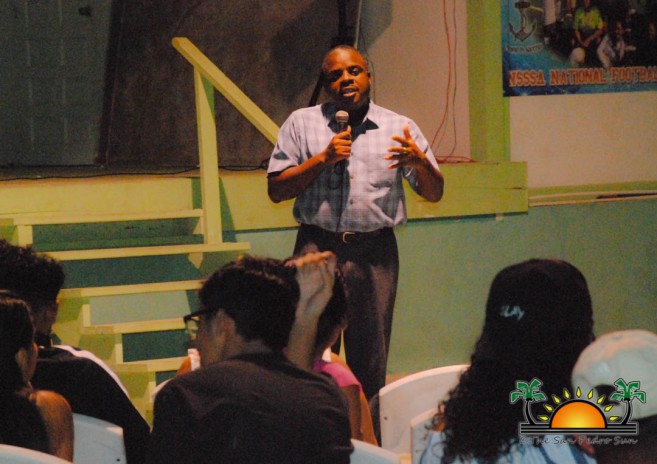 The consultation began at 6PM, and was facilitated by Senior Superintendent and Legal Officer of the Police Department Bart Jones. “Misinformation is one of the major issues we will face with this new law, as people will feel that they will be able to smoke anywhere,” said Jones. The new laws allows a person to smoke/posses 10 grams of marijuana within private property; the public smoking regulations will remain. Also, this new law will not apply to current rules educational institutions have regarding drug policies on school compounds, and students are subject to school regulations. Jones also addressed the issue of establishing disciplinary measures against police officers found in possession of 10 grams or more once the law goes in to effect.
According to the new law, under-age persons found with 10 grams of marijuana or less will not be arrested, but police will confiscate the marijuana. Thereafter the person will be put under the National Drug Abuse Control Council (NDACC) for further assistance, such as drug counselling. Jones further stated that although it is legal to possess and smoke up to 10 grams, this law does not apply to resort guests unless approved by the establishment. Jones believes that positive things will come from this new law. “This new law will allow police officers more time to deal with bigger cases within the society. Also, the court agenda will have more space for other more important issues.” 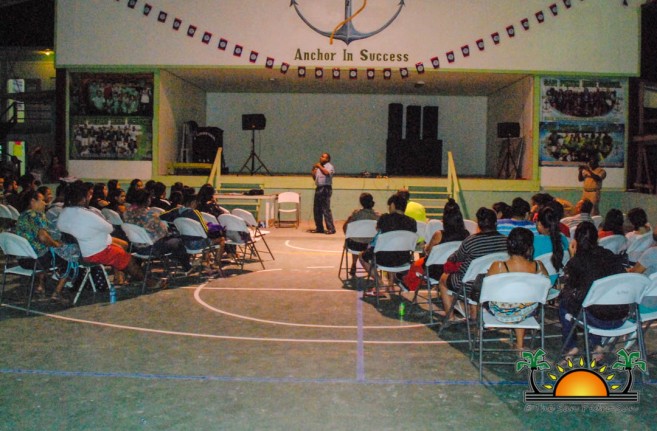 The new law also seeks to eliminate any conviction up to $1,000 for previous marijuana offences an individual may have from their police record. It was also noted that a police officer may not question someone if they are found with 10 grams or less of marijuana, as the Government of Belize is not concerned with where/how the drug was obtained. However, police will continue to target suppliers as drug trafficking is an offence, and the new law only decriminalizes the possession of 10 grams or less of marijuana. 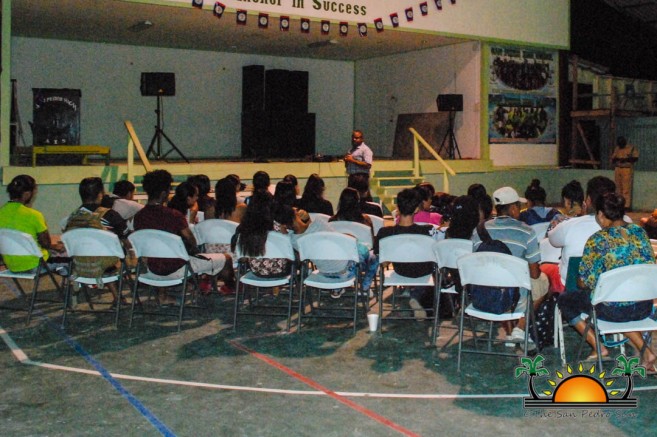 The new law is not yet in effective. It went through its second reading on Friday, October 20th at the House of Representative in Belmopan City, and should go into effect within the next couple of weeks. The San Pedro Police Department would like to thank everyone who made the effort to be attend and become educated about this new law.

MOHW says clinically the Omicron COVID-19 variant is in Belize