The constant rains in October extended to November, and have caused extensive damage to the roads around the island, particularly in the sub-divisions south of town. In recent weeks, the inclement weather has been the main culprit of the inundated potholes and flooded muddy roads that continue to affect businesses and residents. The San Pedro Town Council (SPTC) has acknowledged the situation and says it is gearing up to address the issue as soon as the rains abate. 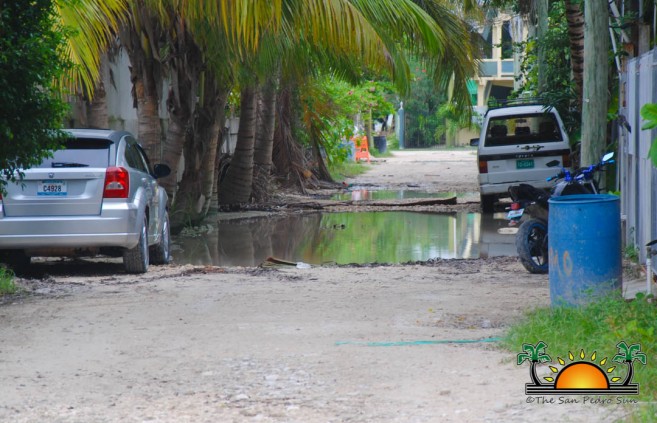 In sub-divisions like San Pedrito, San Pablo, and DFC, many roads remain underwater, making it difficult for residents to go to work and children to attend school. Residents of these affected areas are hopeful that as the rains stop, local authorities will fix the roads. According to a business owner in DFC, the road leading to her establishment is practically a lagoon. “I am losing business, I mean I really hope the Mayor takes into consideration the street must be fixed permanently and not just temporarily,” she said. 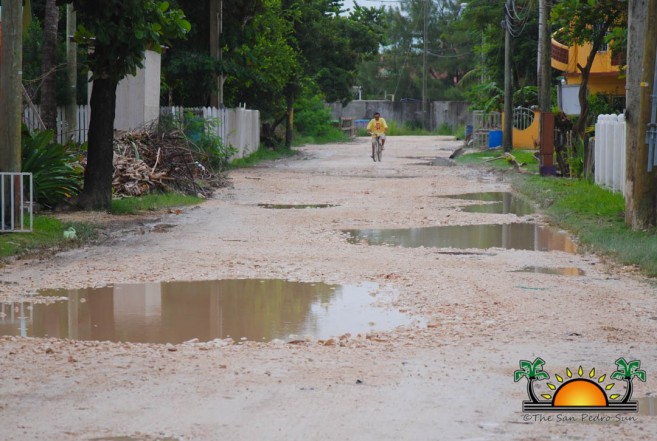 Still, The San Pedro Town Council (SPTC) maintains that they cannot do anything until the rainy periods come to a stop. Mayor Daniel Guerrero stated that material to start fixing the roads arrived on the island some weeks ago, but that works have been delayed due to the harsh weather. “We have barges full of material that has arrived from the mainland,” Guerrero said. “There is a barge by the southern end of Mosquito Coast which will be used to start fixing the roads in that area, while other barges at the Marina area will have fill to start fixing the roads in DFC, Escalante, San Pablo and so forth,” Guerrero added that the barges are being docked close to the roads that will be under repair to minimize the consumption of fuel and time when transporting the material to the assigned areas. He emphasized that they will do what they can, given the resources available. 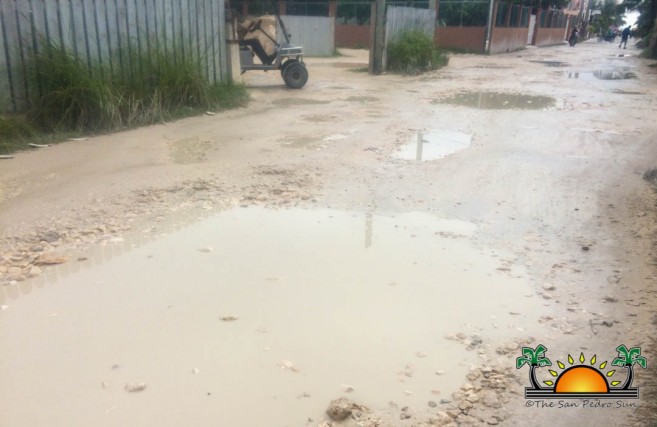 Mayor Guerrero did not answer the comments of the People’s United Party Mayoral Candidate, Andre Perez, who criticised the local authorities for the dire conditions of the road. “At this time there is no reason to blame the weather, we cannot continue like this every year,” Perez had said. “If we are to move forward we need to do better than this and is starts with good leadership. There are approximately nine miles of street that need urgent attention, which begins at the street leading to the marina area, into subdivisions of DFC, Escalante, San Pablo, San Pedrito, San Juan and then into Boca del Rio.” In addition, Perez stated that a permanent solution regarding the road infrastructure is mandatory if the island wants to continue being the prime tourism destination in the country. 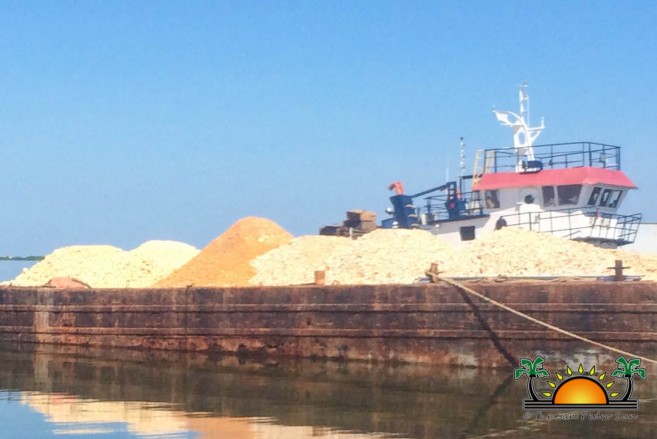 Guerrero acknowledged that more attention is needed on the roads and that his team is working on a plan to better prepare the roads for future bad weather. He stated that the development of the roads in most of the southern sub-divisions of the island is long overdue, but that it is coming. He noted that when this takes place, it will greatly benefit the residents and businesses. However, he did not provide details of such plan of action. 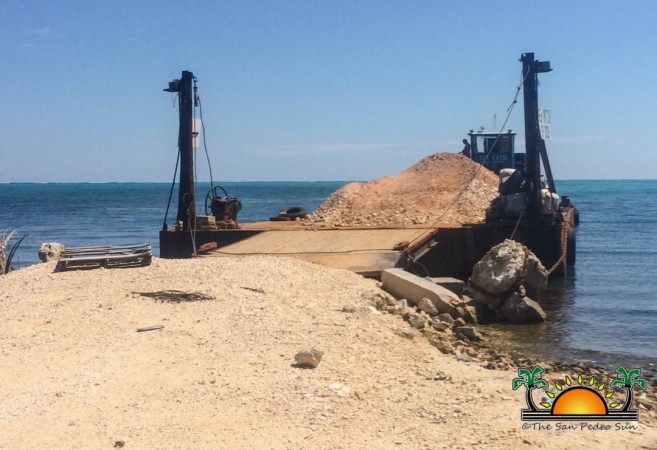 In the meantime, the SPTC is asking residents for their patience, as assistance will eventually reach to their areas. According to the Mayor, all areas that need urgent repairs will get the attention they need.
The present works on the roads are being fully financed by the SPTC who hopes to get to all corners of the island where repairs are needed.

Eric Gutierrez detained after three women accuse him of rape