The revealing allegations that The San Pedro Town Council (SPTC) had not been making monthly payments to the Social Security Board (SSB) on behalf of their employees prompted Mayor Daniel Guerrero to act on the situation. Guerrero has confirmed that all pending arrears with the SSB have been paid in full without any issues. However, the SPTC and the SSB refrain from offering details on the arrears and the amount paid. But according to different sources, it is speculated that the bill was around $62,000, which was immediately paid in order to avoid a lawsuit from the governmental institution. 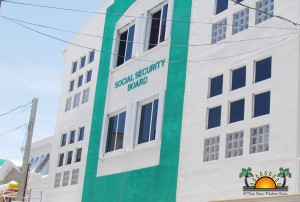 The period as to how long the SPTC has neglected to pay employee social security contributions is unknown, although it is understood that they were making said deductions from employees pay. The SSB was very clear in stating that such information could not be released, and Mayor Guerrero would not comment on the question either. A further investigation revealed that the reason why the SPTC was urged to settle their debt was that in recent months the amount owed had increased. As a result, the SPTC had been summoned to appear at the San Pedro Magistrate Court on Monday, December 11th, to make the case hearing public. But a few days before, both parties apparently settled their odds and the court hearing was canceled.
The SSB did explain what the consequences are for both employers and employees when contributions are withheld. According to SSB, if a person is working at a particular company and for a year or two his contributions are not being paid, that employee will not be entitled to any benefits. They encouraged any employee who suspects this is happening to visit any social security office countrywide with their valid Social Security Card. Once it is verified that the employer is not making payments, an investigation will follow. This comes in the form of audits at the said establishment to find out the amount owed and for how long payments have been neglected. Unfortunately, during the process of the investigation, the employee will not have access to any monetary benefits from the SSB.
According to the SSB, if the employer is found guilty they are served with a summons to appear in court and settle the issue regarding the staff member. A time period is given for the arrears to be paid so the SSB can provide the services to that particular person. If the employer fails to comply, depending on the verdict of the court, he or she can serve time in prison.16