David Cannon, the adoptive father of Faye Lin Cannon and her three sisters, received the best Christmas present on Wednesday, December 20th, after the family court in Belize City granted him complete custody of his three daughters Zoe, Mia and Siri. Cannon had been battling to gain custody of his three daughters since July of this year when they were put under the care of Belize Human Services Department after their sister, 13-year-old Faye Lin was found dead in her bedroom on July 3rd. Prior to the incident, the children were living with their adoptive mother Anke Doehm and her husband David Dohem on Ambergris Caye. Both were arrested after they became the prime suspects of Faye’s death following a post-mortem examination revealing that the little girl was murdered and sexually abused. 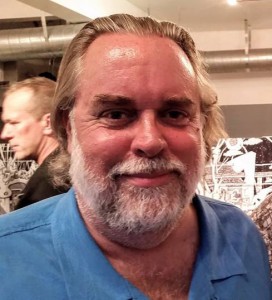 Cannon, who resides in the United States of America, dropped everything he was doing and traveled to Belize as soon as he heard of the tragedy. Since July he has been temporarily living in Belize following the case which was officially open at the Family Court on October 5th. “I am very happy with the ruling,” Cannon told The San Pedro Sun. “I think the judge, based on overwhelming evidence made the decision that is in the best interest of my daughters and that I should be awarded legal custody and they should live with me in the U.S,” Cannon added that they will be back home in the U.S in time for Christmas.
The case had been adjourned on Tuesday, December 12th, after Anke’s Social Inquiry Report was missing. This report examines the living conditions of the person and if they have a proper living facility for the children. Cannon’s report had been done weeks ago and apparently had met the required criteria. However, Anke’s evaluation did not meet the requirements.
Anke is not yet done with the Belizean judiciary system as she continues to face a criminal case in relation to Faye’s death. She still must respond to the charge of ‘Cruelty to a Child’ and is expected to return to court in February of next year. She was jointly charged with the offense with her late husband David Doehm on July 12th and remanded to the Belize Central Prison. But a few days after they were released on a $10,000 bail. The couple then relocated to Belize City and all their court hearings were changed to the City’s jurisdiction for their safety as the investigation on the case continued. On October 5th, David was found dead in a hotel room in Belize City and police ruled his death as a suicide.
Cannon is happy and ready to start a new beginning with his three daughters back home in the U.S. Cannon would also like to thank everyone in San Pedro for supporting him and his daughters as they went through that challenging time. He also takes the opportunity to thank his Family Law Attorney, Robertha Magnus-Usher for her professional services throughout the case.