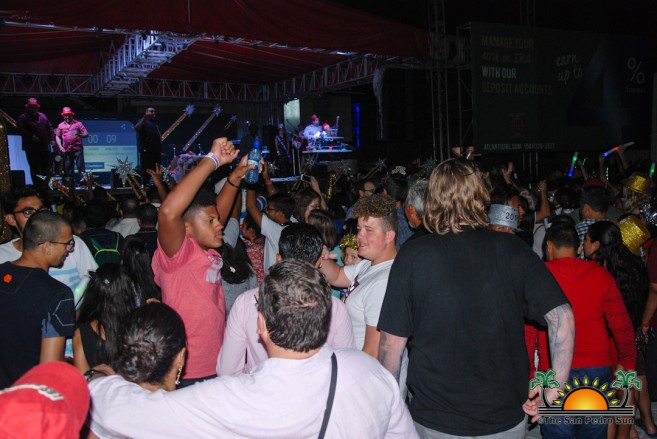 As the clock ticked over to 2018, both island residents and visitors alike in San Pedro Town rang in the New Year with a spectacular party and a dazzling pyrotechnics display. Hundreds of revelers gathered at the Central Park on Sunday, December 31st, as early as 10PM for the annual festivity organized by The San Pedro Town Council (SPTC). The fun jamboree included live music with lots of food and drinks, which kept the celebration in full swing until the wee hours of the new year. 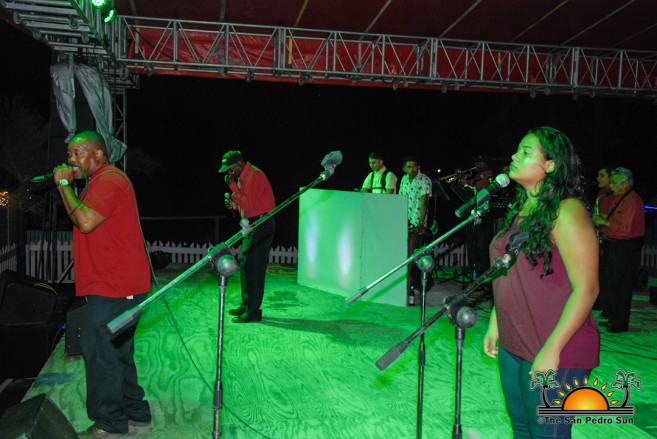 Prior to the official countdown, members of the local authorities observed a few formalities. After an invocation by Pastor Clive Welsh, Mayor Daniel Guerrero shared a few words with the massive crowd at the park. Guerrero wished the best to everyone present as 2017 faded away. “As we come to the close of 2017 it is time to turn our attention to the year ahead and to plan for the future as individuals and as The San Pedro Town Council,” he said. “As the Mayor of this town, I am proud to say that we have a great community, which always knows to come together in unity and strength during the good and bad times and rally our people. Perhaps that singular spirit of community togetherness is what put us far ahead of other tourism destinations. For that reason, it is my hope that each and every one of you looks to the future with a positive evaluation to make this year 2018 the best yet.” Guerrero also noted that 2017 has been a busy year for the Town Council as they worked hard for the benefit of the residents and the island community. 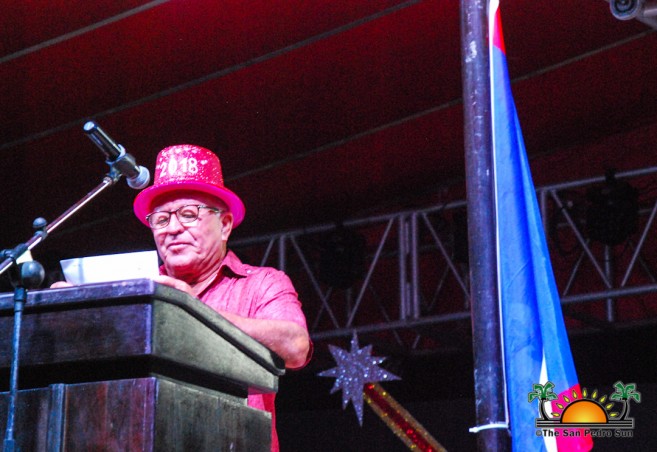 The event formalities continued with remarks from the Minister of Tourism and Civil Aviation, Honorable Manuel Heredia Jr. He gave a brief synopsis of the positive growth of the Belizean tourism industry during 2017 and acknowledged the many visitors that were among the audience. “We are very thankful to you for visiting our beloved San Pedro and other parts of Belize over and over,” said Heredia. “San Pedro is known for being one of the most united municipalities in the entire country. Let us continue to maintain that. Let’s ask the good Lord for health, strength, and prosperity in 2018.” 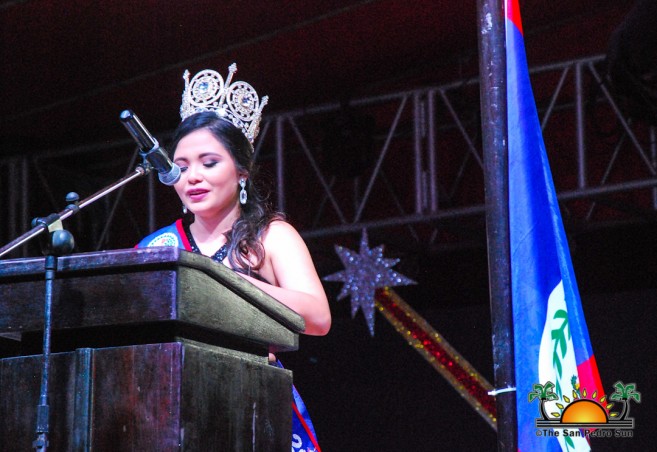 Following the official speeches, Miss San Pedro 2017-2018 Virginia Vasquez delivered the vote of thanks, after which Master of Ceremonies Eiden Salazar Jr. invited everyone to dance to the hits of Caribbean Roots Band and DJ Debbie as they waited for the countdown. 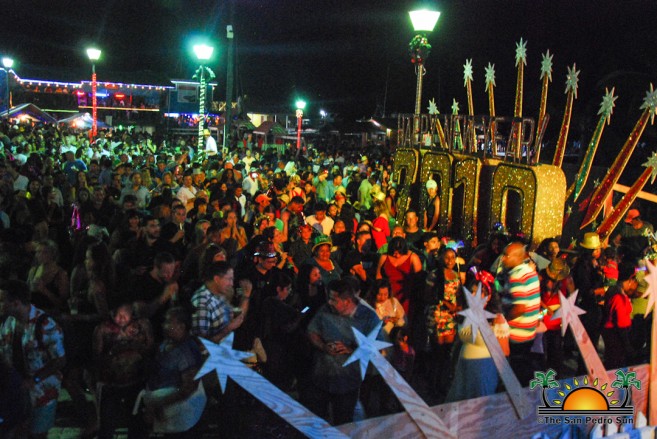 A couple minutes later, the countdown of the most anticipated ten seconds was led by the multitude as they said goodbye to 2017 and welcomed 2018. As the New Year was ushered in, a colorful fireworks show illuminated the night skies over the Caribbean Sea. Revelers were in awe as the sky exploded in a riot of bright colors and lights for well over half hour. 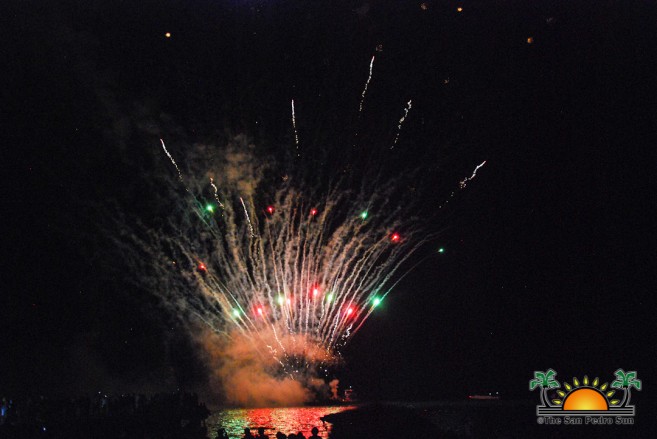 The celebration continued with the fantastic sounds of DJ Jago and a special performance by Belizean artist Dajah. The party concluded near dawn with more music by Caribbean Roots band. 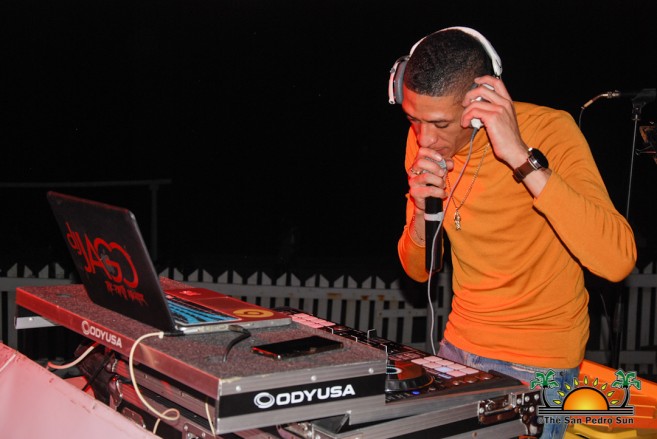 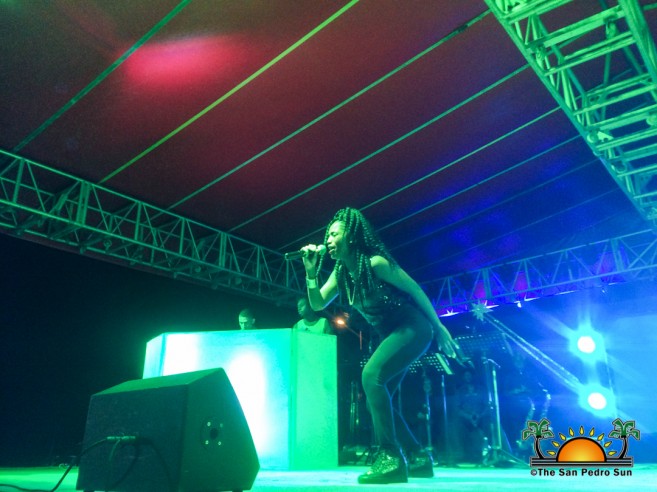 The SPTC wishes to thank everyone who came out to the New Year Eve countdown and wishes all residents and visitors a happy and prosperous New Year 2018! A BIG thank you goes also to the San Pedro Police Department for keeping the festive ambiance safe and with no major incidents reported. The San Pedro Sun also takes this opportunity to wish all our readers and friends a happy New Year 2018!

Adopt a Bear brings joy to hundreds of island children