More schools on Ambergris Caye are now harvesting solar energy thanks to Kenyon College from Ohio, USA. From Monday, March 12 through Wednesday, March 14th a group of professors and students from Kenyon College installed solar panels at San Pedro High School (SPHS) and New Horizon Seventh Day Adventist School (NHSDAS). With assistance from the Belize Red Cross San Pedro Branch member Laurie Norton, the team installed a total of eight solar panels at each school that were purchased via donations. 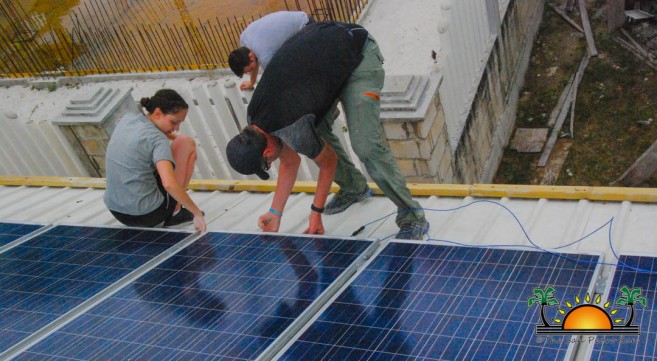 About two months ago, on Friday, January 12th, Kenyon College Professors, Doctor Robert Alexander and Doctor James Skon, along with retired entrepreneur Doug Karl came to Ambergris Caye to provide solar panel assessments for SPHS and NHSDAS. After analyzing the information that was collected they determined that both schools qualified for solar panel installation. During their evaluation, the team looked at several factors, such as appropriate wiring, the height of the building, the current electricity bill and most importantly, if the school was interested in using alternative sources of power.
According to Dr. Skon, the installation of these solar panels will have a positive impact on both schools. “A benefit of solar panels is that they are a way to capture ‘free’ energy from the sun and convert it into power, which is then sent to the building allowing the school to use less power from the electrical grid. The school will then save money as less will be paid to the electricity company. Also, solar panels are an eco-friendly way of producing energy as it does not add to the burning of fossil fuels (often used by power company), nor does it pollute the environment,” said Dr. Skon. 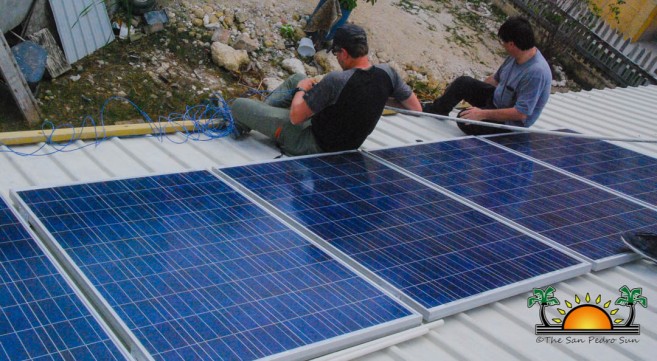 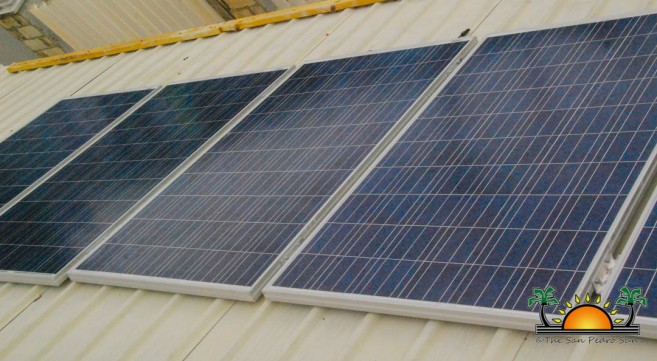 Letter to the Editor: Dianne Lawrence responds to all the negativity about the island
Fundraiser for Annie Rivero