Home » Community and Society » PM Barrow confirms funds for new schools in Ambergris Caye; money for island hospital yet to be secured

PM Barrow confirms funds for new schools in Ambergris Caye; money for island hospital yet to be secured


A new pre-school, primary, and high school are expected to be constructed north of San Pedro Town before the next general elections in 2020. The project had previously been announced by Mayor Daniel Guerrero on March 3rd and was confirmed by Prime Minister Dean Barrow on Saturday, March 17th in San Pedro Town. Barrow stated that funds for such schools have been secured, however, the Government of Belize is still seeking for additional funding for the island’s hospital. 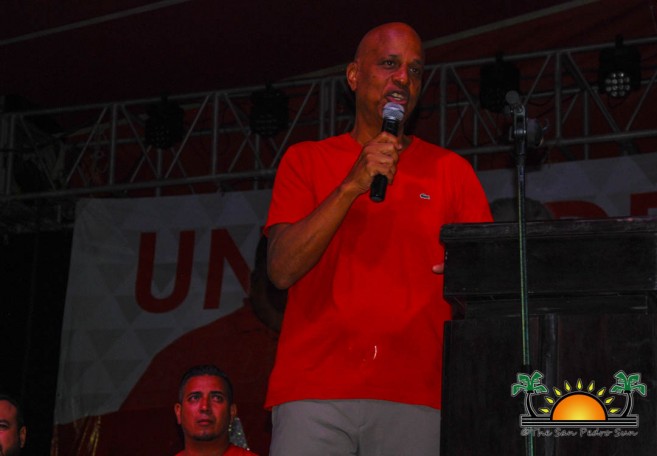 Prime Minister Barrow visited San Pedro during the victory rally of the newly elected United Democratic Party Town Council. In his speech, Barrow reiterated the commitment of Central Government to the island and spoke about education. He stated that the site where the schools are to be built is being prepared, even though a date for the ground breaking ceremony is yet to be announced. “These schools will be built by your United Democratic Party Government,” said Barrow. “That’s not a dream, the monies have already been identified, the funds are in the government’s kitty, and those new classrooms and schools will be built.” The funding for these new educational institutions is apparently coming from a Caribbean Development Bank loan to the tune of $70 million dollars, granted to the Ministry of Education (MOE). The Ministry made the announcement at a groundbreaking ceremony in Belmopan on May 10, 2017, indicating that 35 schools will be built across the country.
It is expected that with these schools on the island, children will have a better access to an education. The rapid growth of the island community continues to strain the capacity of the current schools. Many families have opted to even send their children to schools on the mainland due to the lack of space in San Pedro. The additional schools on the island are expected to eliminate the need to enroll in other schools off the island.
Additionally, the island is also in need of a proper medical facility and a hospital was mentioned at the presentation of the national Budget on Friday, March 9th. Since 2011 talk of a hospital on the island have been forthcoming, but have never materialized. Recently, the Area Representative and Minister of Tourism and Civil Aviation, Honorable Manuel Heredia Jr., stated that the much needed medical center will be erected before his term ends in 2020. Barrow reassured this statement but was frank about the absence of the needed funds for the project. “I try to always to speak the truth,” Barrow said. “In all honesty, we have not yet identified the financing, but there is no doubt that we will find the money sooner rather than later to build the hospital that the community of San Pedro deserves.”
In the meantime, the island’s main medical facility, the Dr. Otto Rodriguez San Pedro Polyclinic II continues offering their services with limited resources. In cases of emergencies, patients are stabilized and then transported to Belize City for further medical care.