« Older: San Pedro honors 220th Battle of St. George’s Caye with a new beauty ambassador and a patriotic parade
Newer: » ‘I got the Voice’ donates $1,000 to San Pedro’s Cancer Society

SPTC weighs in on the approval of docks and piers


The recent increase in the construction of new docks along the eastern coast of Ambergris Caye remains a hot topic among residents and businesses owners, especially those along the beach. The island’s led authority, The San Pedro Town Council (SPTC) has repeatedly indicated that avoiding the construction of new piers is difficult because it is out of their jurisdiction and that the Ministry of Natural Resources is the governmental entity that grants the permits to use the seabed. The SPTC explained that their sole responsibility is recommending or approving structures to be built on docks via the Building Unit, which ensures the safety of the constructions. 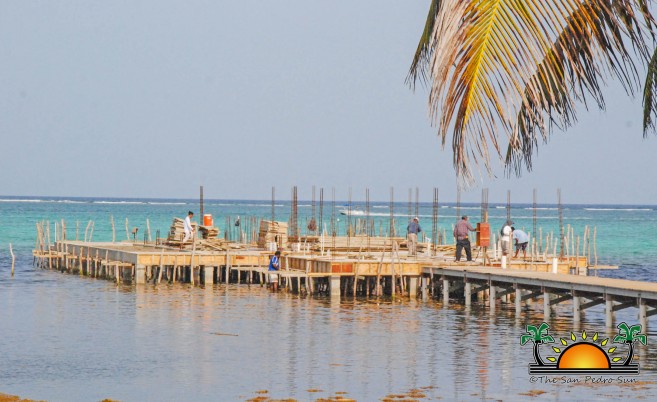 Personnel from the Building Unit at the SPTC also stated that their responsibility is to inspect and approve structures, but the granting of permits comes from Central Government. They explained that depending on the area that the intended structure will be built, further recommendations might need to be obtained. According to them, some of these will come from entities like the Department of Environment, who briefly told The San Pedro Sun that it oversees issuing Environmental Compliance Plans after they are satisfied that the development will be of no harm to the surrounding environment. Others involved include the Port Authority, the Department of Geology for dredging and even from the Fisheries Department in the case of cutting down mangroves is requested. The Building Unit, however, stated they could stop construction that does not follow the original building plan approved by the mentioned organizations.
Mayor Daniel Guerrero touched on an incident that occurred in November 2016, when his administration imposed a ban on two-story over-the-water structures. This stop-order took place after category one Hurricane Earl devastated the island in August of that same year. This new norm affected the building plans of a popular pier restaurant and bar in the Boca del Rio area, who had a second deck before the hurricane. Guerrero said that such a permit could not be granted simply because of a new building ordinance that did not support the said design. “When we do not approve a construction plan, they need to do modifications for them to get the clearance from the Building Unit,” said Guerrero. 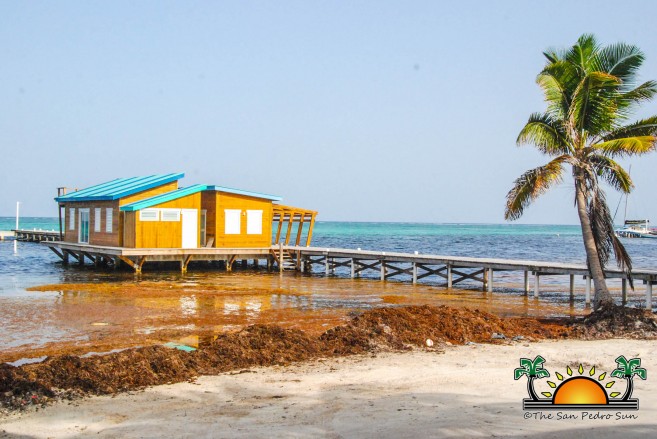 However, at the time of such a ban, Guerrero justified the implementation by saying that two-story structures were taking away the charm of the island and the beautiful views of the Caribbean Sea. He also declared that he was planning on removing some of the existing docks and piers in the nearby area that according to him are negatively impacting the environment by inducing erosion, and pollution. However, contrary to his strong words, 2018 has only seen more docks being built, and in a recent interview with The San Pedro Sun, Guerrero admitted, “I cannot really stop the docks.” He stressed that their sole jurisdiction is approving structures for safety purposes only. Guerrero added that the SPTC had not passed a resolution yet for a policy of ‘no more docks.’ He did not elaborate on this idea.
Guerrero claims that he understands the ongoing issue with docks and piers, as he believes in a less congested eastern coast. However, for the time being, they will simply continue enforcing safety building measures via the Building Unit.