Belize celebrated its 37th Independence Anniversary on Friday, September 21st, and thousands of islanders on Ambergris Caye honoured the memorable occasion with patriotic activities. Under the theme ‘Belize Da Fi Wi- Now and Forever, 8867,’ San Pedranos convened at the Honourable Louis Sylvestre Sporting Arena on Thursday, September 20th for the official Independence Eve and midnight flag raising ceremonies. After ushering in Independence Day, the celebration continued on Friday with a grand parade through the main streets of San Pedro Town, culminating at the Central Park where a beach party took place until late in the evening. 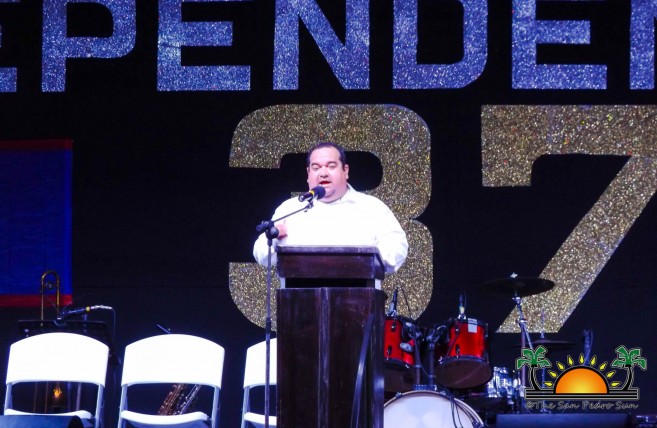 The anticipated celebration saw civic pride from the island residents who attended the customary activities held during Independence Eve. Conducting the program of activities was Master of Ceremonies Eiden Salazar Jr., who welcomed each one of the councillors from The San Pedro Town Council along with the Area Representative for Belize Rural South, Honourable Manuel Heredia Jr., and the representative of the Opposition People’s United Party, Andre Perez. 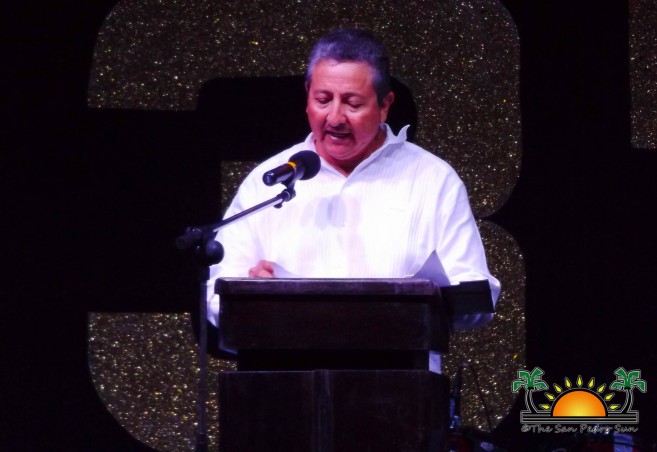 Mayor Daniel Guerrero delivered the welcoming remarks commending all the islanders that attended the event. He touched on this year’s theme, saying that it evokes the true nationalistic spirit in all Belizeans. “It also reiterates to the world that all 8,867 square miles of Belizean territory belongs to all of us,” said Guerrero. “On an occasion like today, all of us living in this country must come together under one flag and one identity, and with one single aim. That is to ensure that we move Belize forward for all Belizeans.” Guerrero encouraged the attendees to follow the example the late Right Honourable George Cadle Price; Father of Belize’s Independence, who knocked on the doors of diplomacy to secure the country’s independence. “We must be humble, internationalize our position and be peaceful in carrying out the businesses of our country,” said Guerrero. 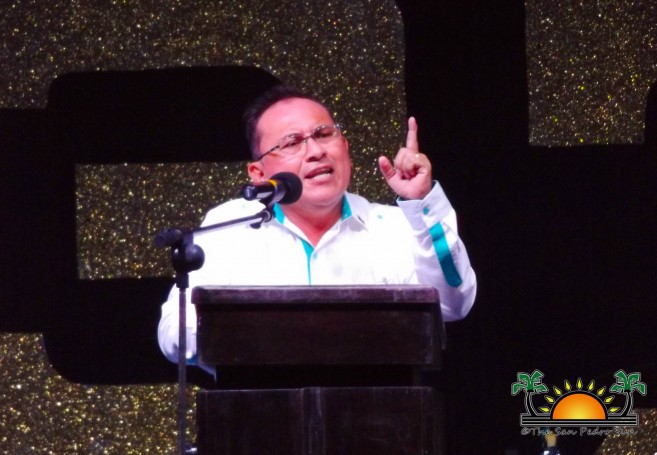 Perez was next to address the crowd and spoke about nationalism and patriotism. He said that there are many Belizeans on the island that show fierce pride and love for the country and are willing to help others however they can. He touched on the community’s unity in times of disaster, tragedy, and taking a stand against any threat to the environment. Perez encouraged everyone to be an active citizen and look at ways how they can contribute to their country. According to him, showing love and investing time in Belize, is the best to be nationalistic. 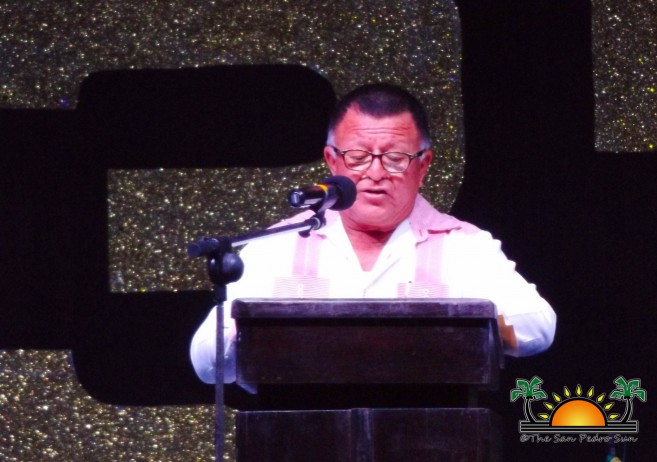 Next to the microphone was Heredia. He referred to the theme and briefly mentioned about the national referendum on whether Belizeans decide if the International Court of Justice should end with the unfounded Guatemalan territorial claim on Belize. “This is a historic decision to be made in April of next year,” said Heredia. “We cannot forget as Belizeans, that liberty and independence translate to responsibility, that of ourselves, community and future generations.” He reminded everyone that Belize’s freedom is the result of the hard work of the outstanding men and women that have served the country with dedication, pride, and sacrifice.

As the clock ticked closer to midnight, the newly crowned Miss San Pedro 2018-2019 Chelsea Muñoz arrived at the festivities escorted by Deputy Mayor, Ruben Gonzalez along with the San Pedro High School marching band and members of the San Pedro Dance Company. Mayor Guerrero and Heredia then inspected members of the Belize Coast Guard. Afterward, they proceeded with the midnight flag raising ceremony and the 21 gun salute. 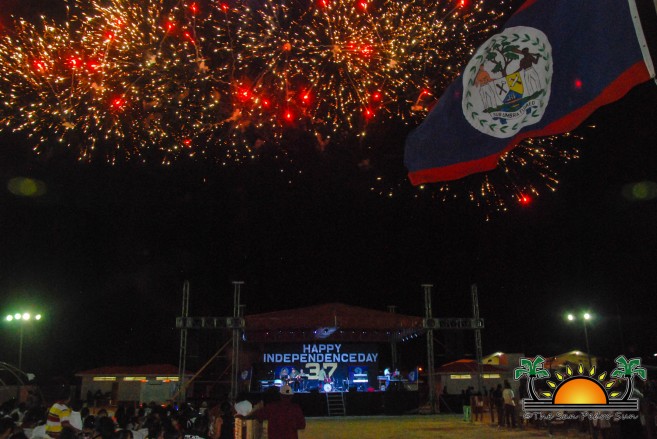 Following the intonation of the National Anthem, as the Belizean flag was hoisted, Guerrero and Heredia conducted the traditional ‘Grito’ (shout) of Independence. A spectacular fireworks display followed and the festivities for the evening ended with live performances by Caribbean Roots and some of the best DJ’s on the island.

Following the Independence Eve Celebrations, island revellers enjoyed the vibrant and colourful J’ouvert held on Friday, September 21st through the main streets of San Pedro Town. DJ Debbie, DJ Patron and DJ BIGZ kept the group dancing to the tunes of Soca and carnival hits in the early hours on Independence Day. 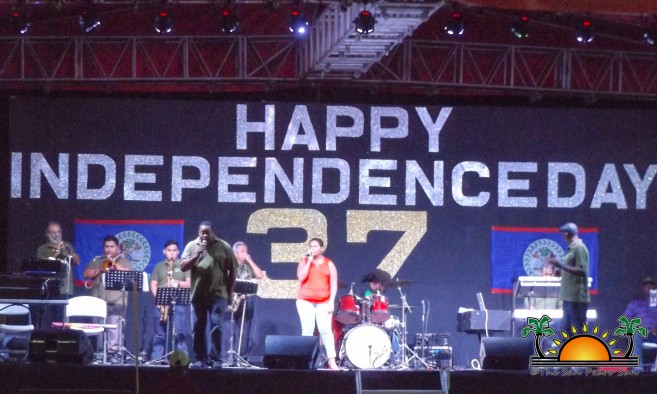 Festivities started at 5am from the Honourable Louis Sylvestre Sporting Complex with a truck leading the way for the large crowd of participants with coloured powder and water paint in hand. The merry islanders paraded across the main streets of the island, dancing to beat of the most famous Soca tunes. Covered in a multitude of colours, the participants were beyond excited to witness the sunrise on Belize’s 37th Independence Day. 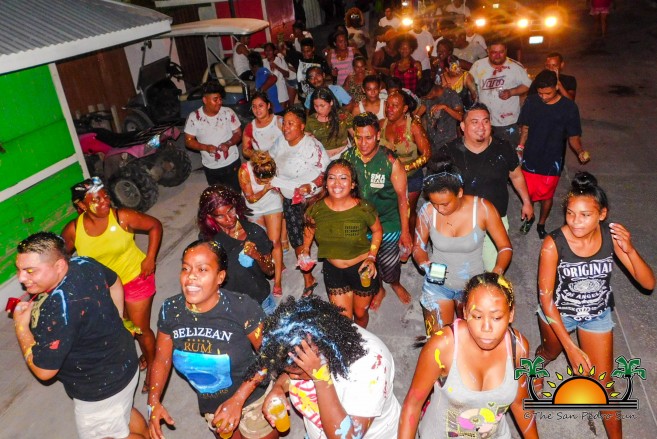 J’ouvert is a street party that starts before dawn and ends a few hours after sunrise. It originated in Trinidad, when slaves were banned from the masquerade balls of the French. Slaves would stage their own mini-carnivals in their backyards — using their own rituals and folklore, but also imitating and sometimes mocking their masters’ behaviour at the masquerade balls. After emancipation from slavery in 1838, the celebration took to the streets, but its dark origins keep the J’ouvert tradition between dawn to daybreak, while the bigger, more festive celebration is held during the peak of daytime. J’ouvert is a traditional event that is held in Belize during the September Celebrations festivities in various parts of country. It is either held on the morning of Carnival or Independence Day.

Later in the day a joyous Independence carnival parade was held beginning from Boca del Rio Park. The parade was colourful, from patriotic citizens, students, organizations, to masquerade bands. They all made their way through Laguna Drive onto Pescador Drive ending at the Central Park. 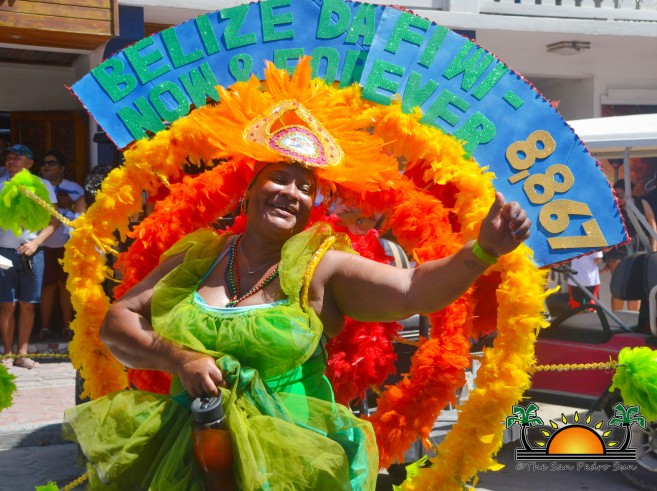 Hundreds of residents lined the route to enjoy the parade headed by the Police Department, Fire Department and an elaborate float with Miss San Pedro Chelsea Muñoz. 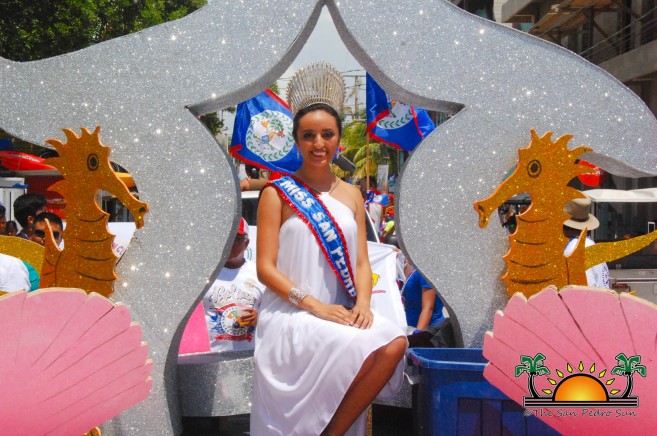 As every year, judges were stationed at key locations tallying scores and then deciding which group would be the winner of this year’s Independence Day parade. After looking at the scores, the winners were announced. Winning the first place this year is ABC Pre-School followed by The Island Academy. 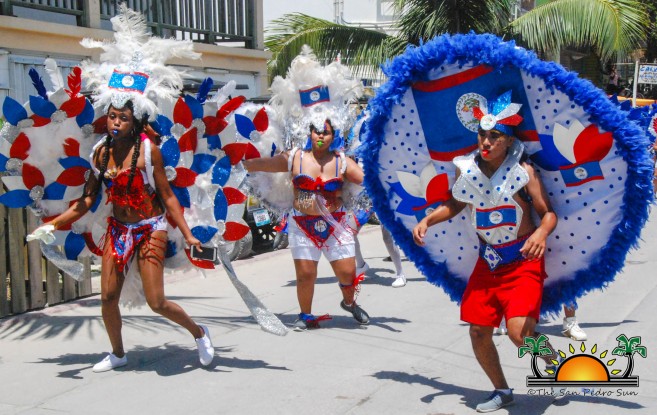 At the end of the parade at the Central Park, a beach party kept revellers dancing until late in the evening celebrating one more year of living in an independent and sovereign country. 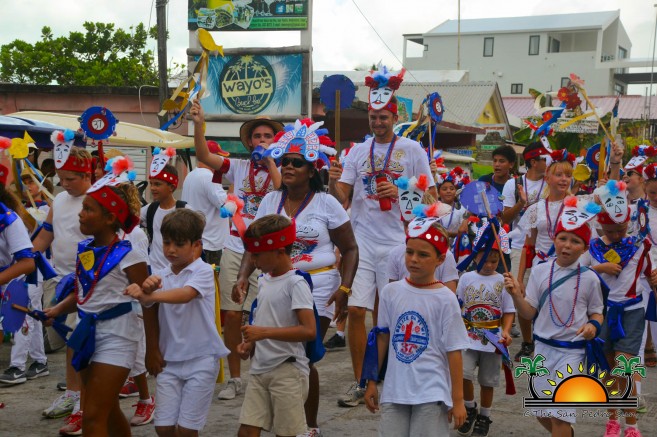 More on Community and Society
Traffic collision leaves one injured