Authorities still have no solution to increasing garbage problems 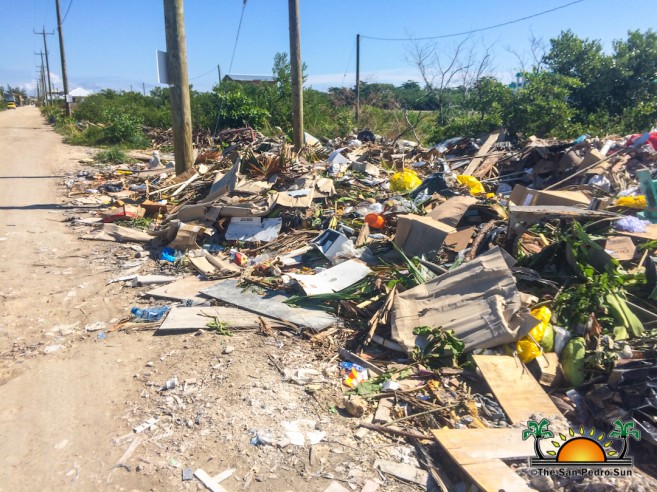 The issue with the improper disposal of garbage in San Pedro Town remains an ongoing problem, with no clear solution in sight. Concerned residents are reporting the improper dumping of trash near the Holy Cross Anglican Primary School in the San Mateo Area, and as far as south of town near the Mosquito Coast, where massive amounts of garbage have been accumulating on the roadside. The accumulation of trash in public areas can attract all type of rodents and insects that can transmit diseases and contaminate the environment as well. Residents in those areas claim to have made calls to the local authorities but have received a poor response in addressing the issue. Given this growing problem, the San Pedro Belize Tourism Industry Association (SP BTIA) is launching a massive clean-up campaign from November 9th to the 12th. Islanders are invited to join this movement that seeks to clean all subdivisions of the island. Interested parties can sign up from now by calling 226-2070 or emailing [email protected] 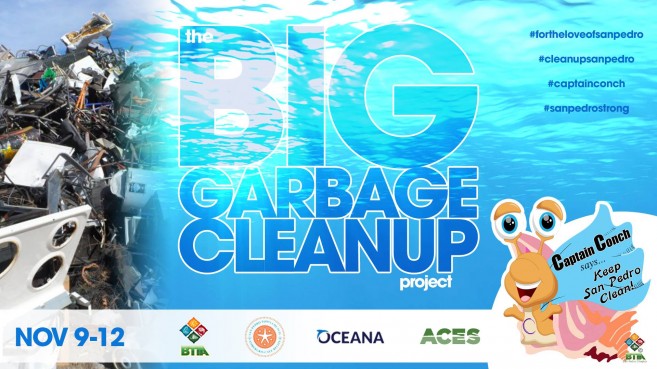 The illegal dumping recently reported at the entrance of the San Mateo Sub-division is reportedly next to a convenience store, and the huge piles of garbage are in an adjacent lot beside the said business. Nearby neighbors say the garbage piles, consisting of mostly cardboard boxes and other discarded items, continue to grow without any intervention from the authorities. To make matters worse, the garbage is a stone’s throw away from the Holy Cross Anglican Primary School, making parents and residents more concerned. One resident stated that The San Pedro Town Council (SPTC) and the island’s Health Inspector had been made aware of the situation, but no one has done anything. 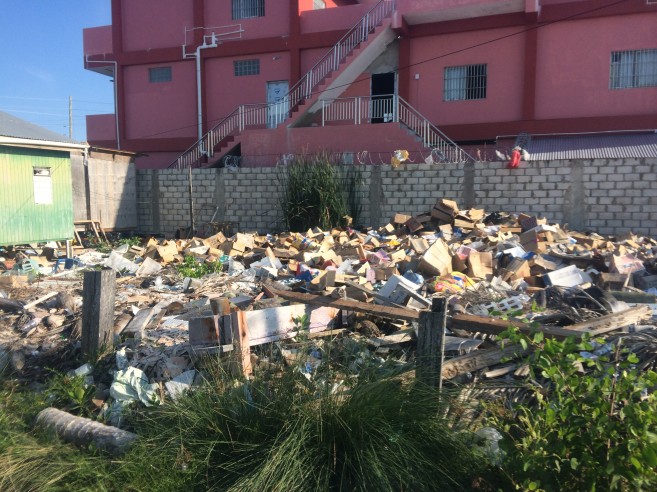 A similar situation has been reported south of town, where large piles of garbage have been placed on the roadside near the Mosquito Coast. Old refrigerators, pieces of zinc and even broken television sets can be observed lining the roadside. Some of this garbage is believed to be making its way into the mangrove environment, affecting the thriving crocodile population in that area. 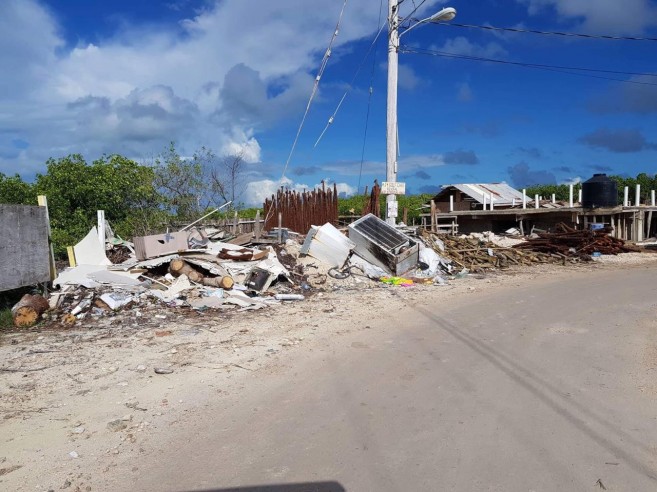 When questioned by The San Pedro Sun, Mayor Daniel Guerrero simply said that the SPTC would be looking into these reports. He did state that in the case of San Mateo if the dumping is happening in a private lot, there is little they can do. According to him, it is the practice on the island to fill lots with garbage, especially degradable items like cardboard material. However, this most recent statement is in direct contradiction to statements he made earlier this year when he declared that this common practice on the island for landfill had to stop. Back in January of this year, Guerrero claimed to be extremely concerned about the environment and understands the long-term impacts garbage can have on the natural resources around the island. “I can understand the dumping of biodegradable items on a lot, but not old appliances such as refrigerators and stoves, that will not be tolerated,” Guerrero said at the time. 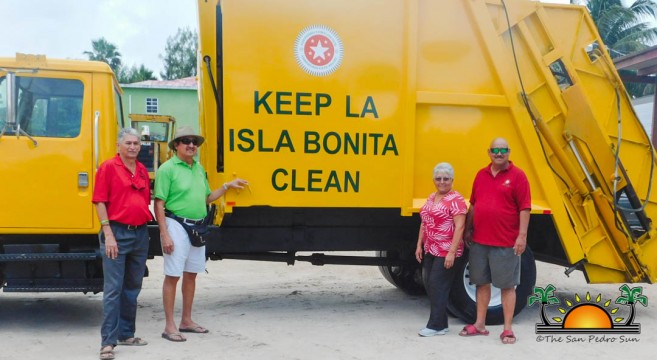 In a recent visit with the Mayor, he maintained that the SPTC would investigate the situation, adding that they will be addressing the illegal dumping south of the island as soon as possible. He indicated that it is those who are irresponsibly dumping everywhere should make efforts to try and keep the island clean. He urged island residents to continue to report these activities whenever they arise.

Health Inspector Christina Sanchez- Martinez stated that her department will investigate the garbage issue and that inspections will be done in these different areas to evaluate the situation. 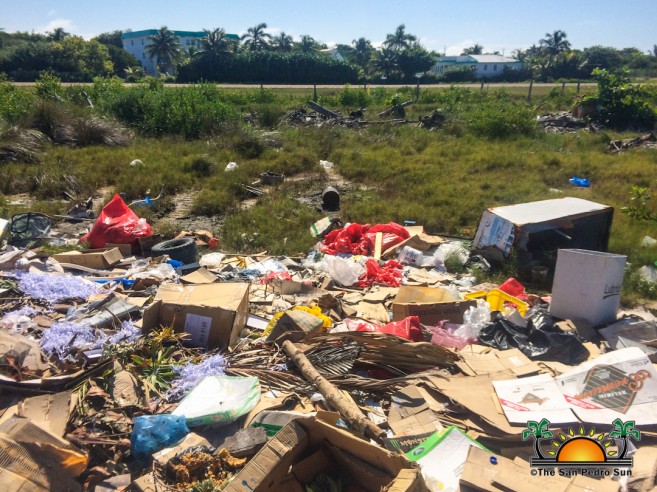 Residents demand that a definite solution regarding the issue can someday be achieved, and they believe it will only take place with proper enforcement. The SPTC in the past has announced several measures to try to tackle the problem but has yet to succeed. A few cleaning and educational campaigns have taken place, but residents believe that they are superficial as no follow-ups are done. 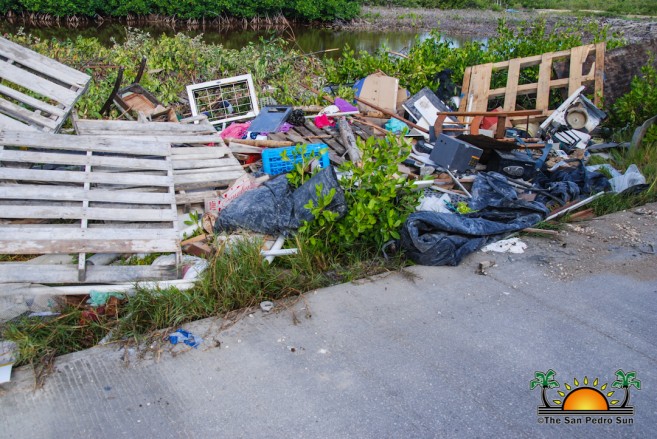 Before the 2018 Municipal Elections, Mayor Guerrero spoke about a plan to deal with the garbage issue. He indicated that there would be an expansion of staff at the SPTC, particularly in the sanitation department. Guerrero said that two new sanitation officers would be hired and tasked to monitor the garbage disposal on the island. He also warned that those found guilty of littering or did not comply would be penalized with high fines. To date, there is no confirmation whether this has been initiated.