« Older: Health authorities on high alert after reported cases of Measles in the region
Newer: » Ambergris Caye’s First Half Marathon and 10k run to be held on April 6th


It has been almost a year since San Pedro Town obtained an incinerator to assist the Dr. Otto Rodriguez San Pedro Polyclinic II in properly disposing of their medical waste. The acquisition was made possible through the efforts of the business community, who via a fundraiser collected part of the money needed to purchase the equipment. In July 2018, two months after the incinerator arrived on the island, the San Pedro Town Council (SPTC) told The San Pedro Sun that it was going to build a facility near a five-acre property south of the island. This building would house the incinerator and a freezer for the morgue. However, no plans have been forthcoming for the building of this facility, and in the meantime, the polyclinic continues to dispose of their biomedical waste by either burying it or burning it in the open. 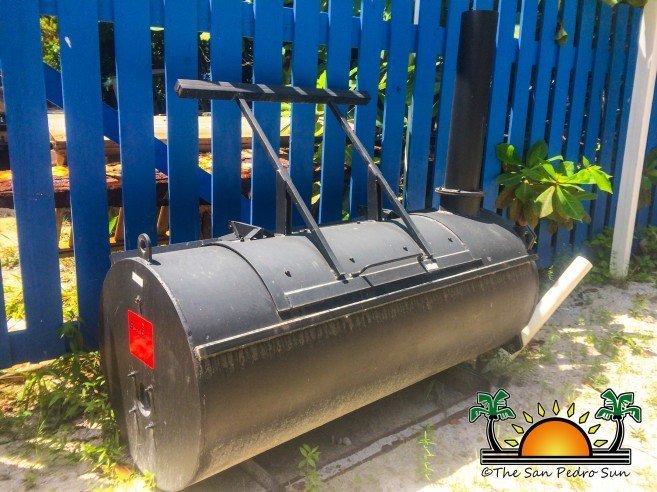 On previous occasions, polyclinic personnel has indicated that this is the only method they can apply. Administrator Eric Najarro shared that bio-waste needs to be dealt with and they do so in a diligent manner, as to avoid harming the environment and people. He added that they also take care of medical waste from private medical centers on the island and that an incinerator with a facility will be very useful not only for this activity but to practice post-mortem examinations and serve as a morgue. As such, the facility needs to be properly built. Najarro says the delay does not mean that the project has been forgotten, adding that it is an ongoing process, and he hopes there could at least be a groundbreaking of the site before the end of the year 2019.
The San Pedro Sun reached out to the SPTC for an update regarding the building, but Mayor Daniel Guerrero was not available for comment. In the past, Guerrero has expressed his disapproval for the disposal of medical waste and even the practices of a few post-mortem examinations done in open air. “We know it is not the ideal method at the moment, but we have to work with what we have available,” he said. “But when we get the incinerator, the situation will be alleviated.” Guerrero described the facility to house the incinerator must be constructed within international standards, with proper drainage and the necessary equipment for it to provide the expected services.
However, as of press time, the incinerator continues to sit at Caribbean Villas beach resort south of downtown San Pedro. Proprietor Peter Lawrence hosted a fundraiser event in December 2017 to obtain the incinerator. The event did not raise enough funds. Thus, Lawrence via his businesses came up with the rest of the money and acquired the much-needed equipment. The final step is to build the facility to start using it.
The first time the need for an incinerator to address the disposal of medical waste was raised in January 2016. At the time, Mayor Guerrero stated that his administration was closely working with other organizations such as the Embassy of the United States and the British High Commission to address the situation. It was expected that by the end of that year, a facility and an incinerator would up and running, but almost three years later, the business community had to obtain the equipment and no housing facility has been built, and no date is in sight for the start of the project.
.