On Thursday, March 21st a public consultation was held for Belize Electricity Limited’s (BEL) Environmental and Social Impact Assessment (ESIA) Report regarding the interconnection of Caye Caulker to the national electricity grid. Over 90 residents attended the session conducted by the Department of Environment (DOE) at the Caye Caulker Roman Catholic Primary School. 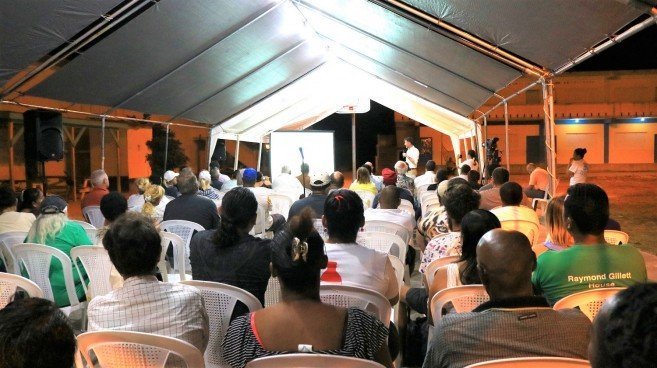 Since 2016, BEL has been engaging with DOE, the community, environmental and non-governmental organizations to ensure their involvement in the plan. The advantages identified to connecting Caye Caulker to the national electricity grid are reduced noise and air pollution from diesel generation, elimination of risks associated with transporting diesel to the island, reduced cost by $3 million to a total of $4 million annually.
Before the public consultation, BEL hosted a media tour on Thursday, March 14th, where the Belizean Media Corps was taken on a tour of the submarine cable route expected to connect Caye Caulker to the national electricity grid. 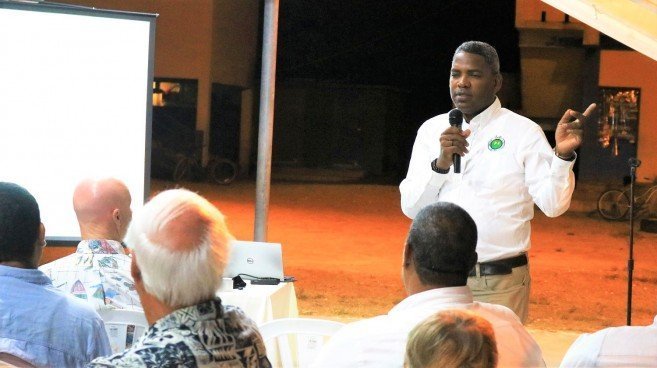 Their first stop was at ‘Point 1’, the ‘Existing Cable Landing’ located at the back of Ambergris Caye, where the island’s electricity grid is directly connected to the national grid. After that, the team moved to ‘Point 2’, the ‘Headline Cable,’ which is the proposed takeoff for Caye Caulker submarine cable to the island. The submarine cables will then pass through ‘Point 3’, the ‘Northern Tip of Caye Caulker’ and ‘Point 4’, ‘South of Caye Caulker Forest Reserve.’ It is then expected to pass by ‘Point 5’, near the split in Caye Caulker and end at the ‘Point 6’, BEL Substation compound located at the back of the island. BEL Project Manager Kevin Petzold is confident that this project will be successful, as the same type of submarine cables that were used for Ambergris Caye will be used to connect Caye Caulker. 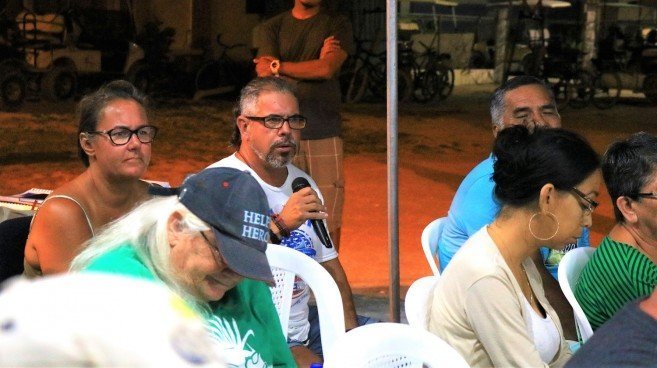 BEL, with the support of consultant Mott McDonald Limited, completed the Caye Caulker Feasibility Study to confirm the economic and social benefits and the environmental impact of the proposed project. As part of the study, an ESIA Report will be submitted to DOE for further review.
The public is encouraged to review the ESIA Report and submit comments in writing on or before Monday, April 1st to DOE. The report is available online at www.doe.gov.bz andwww.bel.com.bz or in hard copy at the locations listed on the websites.