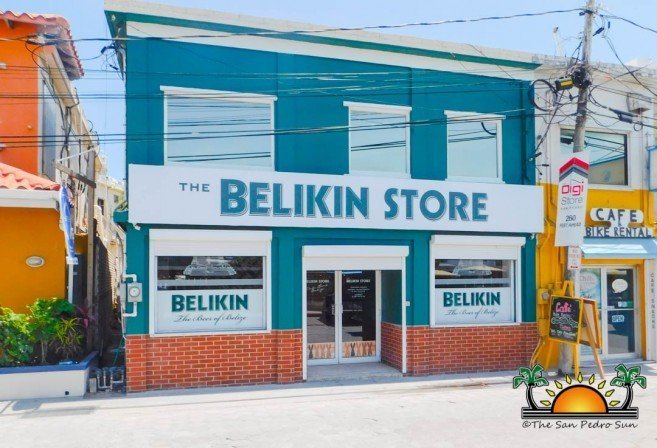 The new store opens from Monday to Saturdays, from 9AM to 6PM, and on Sundays from 9AM to 4PM. Island residents and visitors are invited to visit the new Belikin Store to buy some great Belikin gift items or enjoy a cold beer!

About Belikin:
Belize Brewing Company (makers of Belikin Beer) began in 1969 with Sir Barry Bowen and his son Eric Bowen. They couldn’t afford to build the brewery on their own, so they hired an international consultancy firm to produce a feasibility study, with the hope that it would provide a compelling financial story and thus allow them to borrow money from the bank. Despite the conclusion bring the opposite of what they had hoped for, Sir Bowen was undeterred and became even more determined to prove those “experts” wrong. Thus, he and Eric decided to search for potential investors. After looking far and wide, they found support in an unlikely neighbor, Honduras. In 1969, the brewery in Honduras, Cerveceria Hondureña was being managed by Berty R. Hogge. She read the feasibility study, saw the conclusion, and spoke at length with Sir Bowen about why he was pushing for a project that had little chance of success. Sir Bowen was never a salesman, but when he believed in something, he was dogmatic. Hogge recognized and appreciated his vision and drive, and despite the “experts” advice, Cerveceria Hondureña invested in the Bowens’ plan and Belize Brewing was off the ground.
Construction quickly began, with a bootstrap budget and used equipment sourced throughout the region. The brewhouse was a 43-year-old decommissioned solid copper four-vessel brewery made in 1927. It was moved and installed in Belize in 1970, and was run for another 30 years, until 2000. The only new piece of equipment purchased was a boiler, which on the day Hogge had flown in for a site visit, blew up. Back then Belize Brewing was not what it is today, but through sweat and determination, Sir Bowen forged ahead with a struggling business. Occasionally, there were thoughts that maybe the “experts” had been right, but Sir Bowen never gave up. Believing in his dream, his project, and in himself, in 1981 bought Cerveceria Hondureña’s shares.
In 1969 Sir Bowen launched Belize Brewing Company, makers of Belikin, to be sold ‘Onli Eena Belize’ (only in Belize). And through the support of its fellow Belizeans, the brewery has steadily grown. Not bad for a brewery that shouldn’t be! Not bad for a Belizean population too small for a brewery! 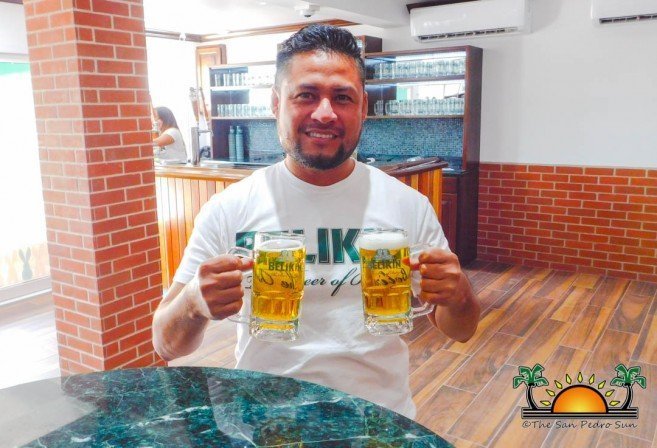 What’s in a name Belikin:
The origin of the name “Belikin” dates back to the ancient Maya Classical Period and means “road to the east.” This could also be referring to the eastward expansion of the Mayas toward Belize. It is believed to be what the native Mayas called Belize and connects Belikin with our Belizean heritage. Today, Belize Brewing Company produces Belikin Beer, Belikin Stout, Belikin Light, Belikin Black N Tan, Belikin Sorrel Stout, Belikin Chocolate Stout, and Lighthouse Lager.