The San Pedro Town Council (SPTC) has embarked on a project to rehabilitate several streets on the island by cementing them. One of those streets is Sea Gull Street, located in the Boca del Rio area and leads to the San Pedro High School. Works commenced on Friday, June 28th, and following its completion the other streets to be cemented will be Spider Lily and Deer Streets. 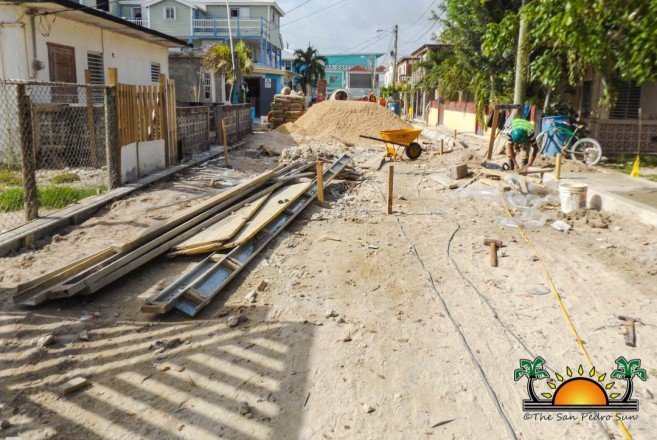 Mayor Daniel Guerrero told The San Pedro Sun that these three streets should be cemented within the month. Overseeing the project is Councilor Severo Guerrero, and works are being carried out by Medina’s Construction Limited. Guerrero said that the rehabilitation is part of his plan to invest in the town’s infrastructure. “This is Phase One of the street rehabilitation project in the Boca del Rio Area.

Phase Two will include streets in the San Juan Area,” he said. Guerrero explained that these streets are heavily trafficked areas, thus the priority. Sea Gull Street will count with a V-drain, while Spider Lily and Deer Streets will be connected to a box drain heading towards the lagoon area. Closer towards the beach, the cemented streets will be connected to a ‘manhole drainage’ system that is linked to underground pipes currently running along the length of the beach. This is expected to prevent further erosion and flooding during rainy periods.
According to the Mayor, the cost of the investment in Phase One is around $800,000 and is commissioned by the SPTC alone. He added that other areas to benefit from the rehabilitation include Marina Drive by the Eiley Sub-division south of San Pedro Town. 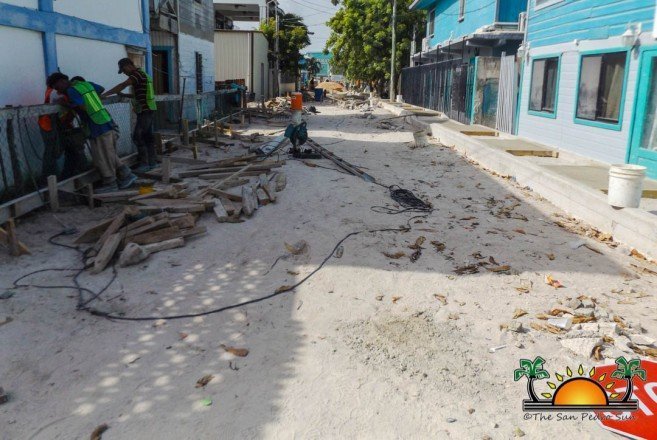 The SPTC reminds residents and visitors to be mindful of the construction sites and to exercise caution when commuting around these areas.