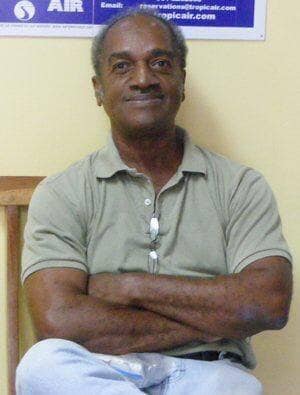 After an arduous battle with cancer, Mr. Winston Franklin Panton passed away on Friday, August 2nd. Mr. Panton was a beloved member of the San Pedro community, having integrated himself in the island life just as he had served the country for decades. The San Pedro Sun extends sincerest condolences to all his family and friends, and we join in mourning the loss of a good man, a father, husband, son, friend and mentor.
We remember Panton as an intelligent, soft-spoken gentleman who had vast knowledge of a variety of subjects. Primarily known as the go-to weatherman during times of hurricanes and storms, The San Pedro Sun was fascinated to learn more and featured him in one of our popular “Our Community” columns. Below is an excerpt showcasing just how far-reaching his service was.
“…At a young age, Panton would help his grandfather tend to the various pets. He admired his grandpa for making animals feel better. One of his favorite past times was tinkering with electrical equipment, taking them apart and finding out how they worked. The greatest task was always discovering the ways to make the items work once more. In 1960, he successfully completed his studies at the prestigious junior college of Saint John’s College Junior College in Belize City. Panton’s expertise and volunteerism was put to good use when Hurricane Hattie made its way to the shores of Belize. In 1961, he was a warden at one of the many hurricane shelters in the city; coincidentally the shelter he helped to man was at the St. John’s College Junior College.
In 1964 was the first year that Panton would send the daily weather observations to the Weather Office in Jamaica who would then forecast the weather for the country. In 1972, with the renovations of the Phillip Goldson International Airport, the meteorology department moved into their newly refurbished offices. The met office had also received a weather radar that would allow them to forecast the climate more accurately. Two years after returning from his studies and internship in Reading, England, Panton put his teachings to practice at the threat of imminent Hurricane Carmen. The storm lasted from August 29th to September 10th, 1974 and caused significant damage on the Yucatan Peninsula and in Louisiana. With the help of the new equipment, they were able to track Carmen very well. In 1982, he became involved in the developing the beginnings of the Hydrology Unit in the Department of Meteorology. 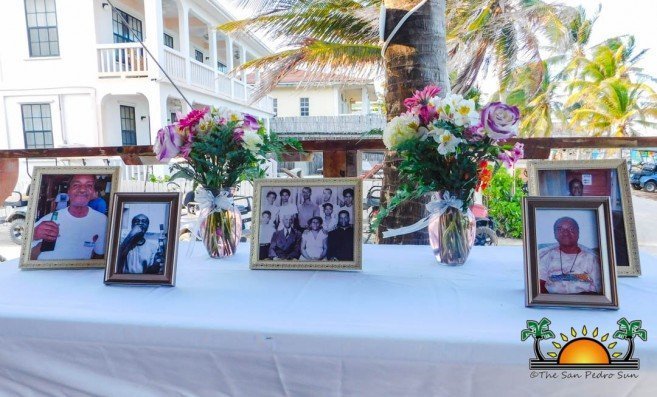 Working hand in hand with the department, he began to study the various river systems in Belize. He studied as much as he could about local hydrology – the study of the movement, distribution, and quality of water throughout the Earth, and thus addresses both the hydrological cycle and water resources. Thereafter, he pursued further education in the field of hydrology and in 1985 received a Master’s Degree in hydrology and hydrological engineering from the Institute of Hydrology and Environmental Engineering in Delft, Holland. He became more and more involved with the Hydrology Department to the point that half of his time would be spent at the Meteorological office and half at the pursuing hydrological studies of Belize. Dedicated, Panton became more knowledgeable about the dynamic processes of water, where it gathers, etc. and producing the river basin maps of Belize that we see today. So instrumental and knowledgeable was he that Winston’s expertise and the hydrology department was required for the feasibility studies for Belize’s first Hydro power plants on the Macal River at Mollejon and Chalillo. 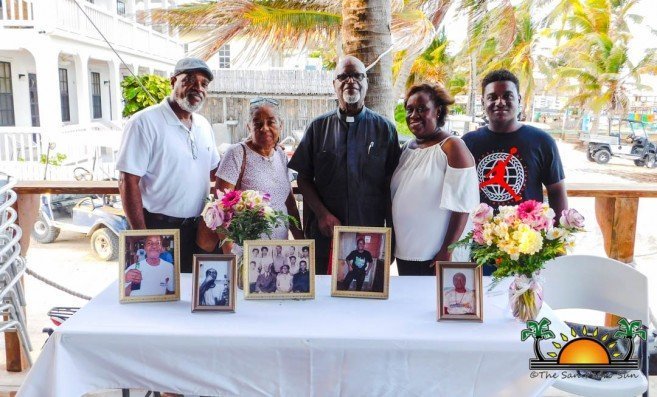 In 1996, Panton retired from government and the public service. He became an environmental consultant with the consulting firm of Miller and Miller, where he would help to draft up Environmental Impact Assessments (EIA) for new and modified development projects. Through the years, he provided EIA’s for many government and private developments including the sewage lagoon and the Development Finance Corporation (DFC) Subdivision in San Pedro Town as well as the Caye Chapel Golf Course Development. He has also interpreted studies for businesses who require EIA’s.
In 2003, Panton followed his love and partner Joy Flowers who worked in San Pedro Town. On the island, he operated his own businesses from home as well as still conducting EIA’s as an engineering consultant. In 2005, along with his dear friend Jim Diehl, started Panton-Diehl Applied Physics, a “think tank” to help young scientists and commercial entities with their various projects. Through this medium, he had engineered new products that will, in the near future, be placed in the market. He further served as a representative for the National Emergency Management Organization (NEMO) in San Pedro Town and a member of the Belize Red Cross.”
Living the island life, Panton enjoyed fishing, socializing and beach days with his family, including his son Winston (4) on his free time. A loving father (he also has two sons – Robert (27) and Karl (29) – from a previous marriage), environmentally conscious, pro-active in development, and always looking for the betterment of the country, Panton was an asset to “Our Community.”
In 2016, bad news broke when a visit to the doctor revealed that Panton had an advanced and aggressive form of cancer. The disease has spread to his spinal cord, and he needed immediate medical attention. Fundraisers were held for his treatment and medication. Despite being ill, Panton always found a way to help and assist in his community of San Pedro Town – that’s just how he was.

On Thursday August 14th, friends and family members attended a ‘Celebration of Life’ for Mr. Panton at Sandy Toes Beach Bar & Grill in San Pedro Town. After a short prayer, the short ceremony saw people sharing stories of Mr. Panton and the impact he had in their life. He was described as “loving, caring, patient and kind”, and a hero to many. The San Pedro Sun extends its condolences to the family members and friends of Winston Franklin Panton.