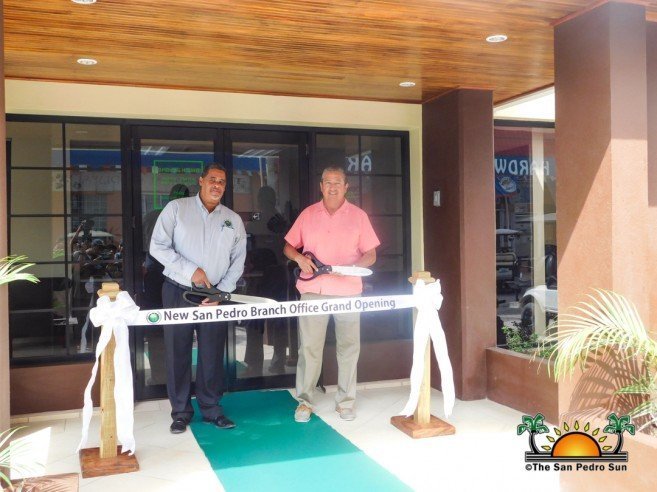 The inauguration ceremony began at 10AM with island musician Natalie Arceo serenading the attendees with the National Anthem followed by a prayer delivered by Father David Mumba. Mistress of Ceremony, BEL’s Senior Corporate Communication Officer Sheena Garnett then officially welcomed everyone to the event and thanked them for their attendance. Mayor Daniel Guerrero was invited to the podium to share a few words. “In just under 100 years, 70 years to be specific, we have gone from running a small generator installed in March 1931, to a company that is serving thousands in the tourism mecca of Belize and the region. The first source of electricity on Ambergris Caye was installed by a German in March 1931, when we were still in the copra industry. But as our economic base evolved, so was the need to upgrade our electrical source. Twenty years later, Mr. Jim Blake decided to invest in a larger electrical generator at a location called El Astiero (Shipyard in English). That new generator powered 25 families in the then San Pedro fishing village for three hours at night only. But perhaps the major boost came when Caribbean Fishing Cooperative was formed, and the demand for proper storage for the marine products became essentially paramount. Today 2, 674 residential phones are hooked up to electricity in 2019, and that doesn’t include 771 commercial customers who also depend on BEL for electricity. Today BEL continues to be our only and prime source of electricity provided for Ambergris Caye. When we look at the growth rate over the past 20 years of the island, BEL had no other option but to grow with us. This event is evidence of that growth. We are happy that this new facility will provide our residents and tourism sector with a better level of service,” said Guerrero. He also added that the San Pedro Town Council, along with Honorable Manuel Heredia Jr, have been working very closely with BEL in the past years as they have managed to electrify the entire San Mateo sub-division as well as other areas around the island that needed electricity. 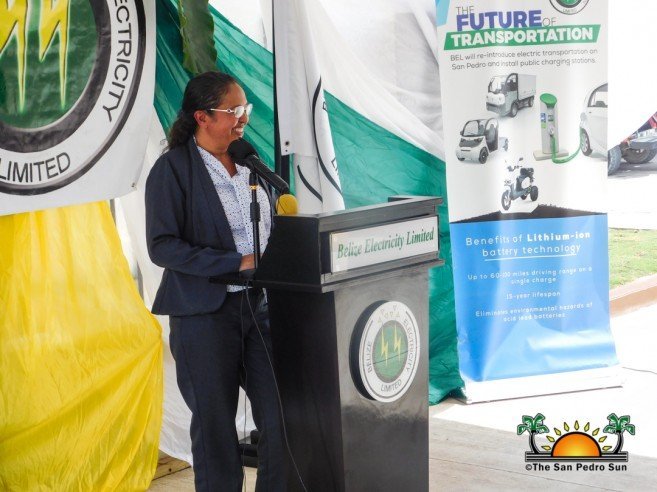 Thereafter, BEL’s General Manager for Commercial and Retail Services Sean Fuller delivered his remarks. “This new office symbolizes our commitment to expand and improve our services to our customers. San Pedro has been one of the fastest-growing communities in the country over the last few years. The continued growth exceeds most other municipalities,” he said. Fuller further stated that customers in San Pedro Town, like any other tourist destination, are looking for more green energy solutions. Therefore BEL will be launching an electric vehicle pilot project that will reintroduce electric transportation, utilizing new lithium-ion battery technology. This project will aim to encourage island residents and companies to make a more environmentally responsible and energy-efficient switch from using vehicles that depend on fossil fuels. Public charging stations will be installed in strategic locations throughout the island and at the BEL parking lot. He further added that the groundworks to connect Caye Caulker to BEL’s National Electricity Grid in Belize City would begin soon. They expect to successfully connect La Isla Carinosa by late 2020 or early 2021. 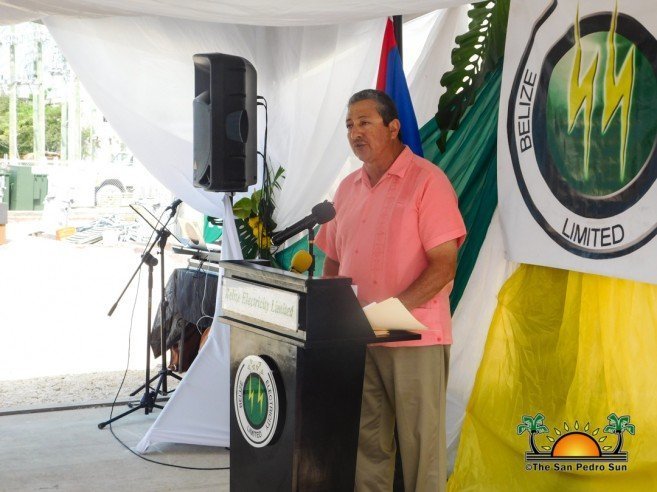 Managing Director for Caribena Enterprises and Coral Cable Vision, Mr. Pedro Salazar was then invited to deliver his customer reflection on BEL’s services. This was followed by BEL’s Belize District Coordinator Cyndy Castillo delivering the vote of thanks. Immediately after, Mayor Guerrero and Fuller officially inaugurated BEL’s new office with the symbolic ribbon-cutting. Invited guests were then given a tour of BEL’s office. 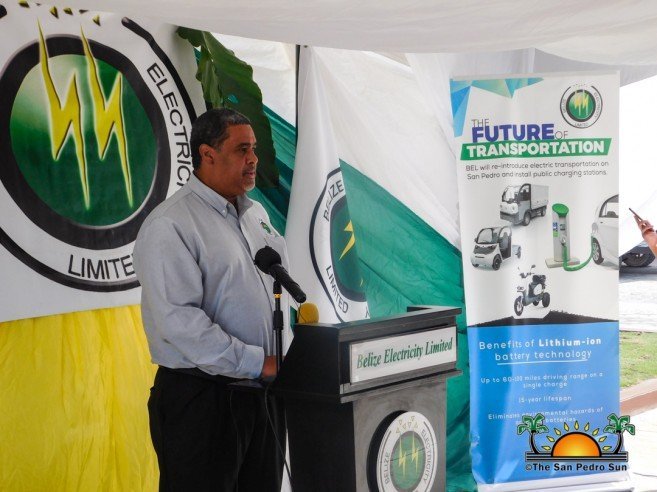 Since Monday, November 4th BEL’s over 3, 400 commercial and residential customers on the island have been able to access services at the new office located on Pescador Drive. This 2, 700 square-foot concrete building features a spacious and comfortable customer services area, designated seating area for senior citizens, a parking lot, and conference room, among other amenities.