Caye Caulker Village and Ambergris Caye will soon see the construction of new schools, following an official groundbreaking ceremony held separately at both island communities on Thursday, December 19th. A new pre-school and a state-of-the art facilities will be constructed for the current Ocean Academy high school in Caye Caulker, while a pre-school, primary and high school will be constructed on Ambergris Caye, some seven miles north of San Pedro Town. Officiating the projects was Belize Rural South Area Representative Honourable Manuel Heredia Jr., Deputy Prime Minister and Minister of Education, Youth, Sports and Culture Honourable Patrick Faber and the respective members of the village and town council authorities. 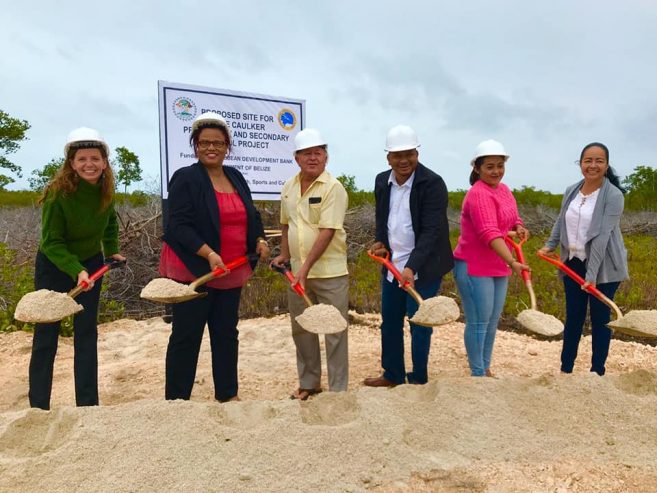 The official event began at 10AM in Caye Caulker and took place inside the community center. Following an invocation and the singing of the National Anthem by students of the Ocean Academy, Chairlady Seleny Villanueva-Pott addressed the audience, stating that the new high school will provide students on the island with more space, including a science lab and their own basketball court. At the same time, she touched on how this project will help parents who have to financially struggle to send their children to study off the island because of the lack of space at the current high school. Heredia added that he will continue working hard for Caye Caulker and Ambergris Caye, setting education as one of his top priorities. Faber indicated that this is the infrastructure boost the education sector is experiencing across the country. He said that the new school in Caye Caulker will be a state-of-the art facility which will tremendously benefit the student population on La Isla Cariñosa. 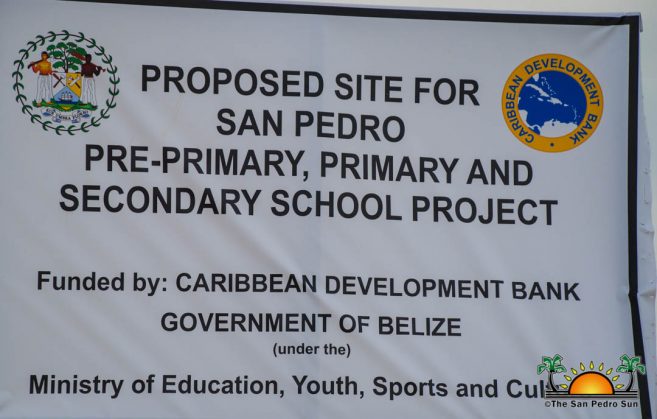 Later in the day, another groundbreaking ceremony for three schools north of San Pedro Town, Ambergris Caye was held in the company of Mayor Daniel Guerrero and invited guests. Hosting the official ceremonies was student Ninel Pacheco, who introduced Mayor Guerrero for his welcome remarks. Guerrero commended the United Democratic Party administration on their promise with the island’s educational sector. He pointed out that as Ambergris Caye continues to attract Belizeans from all corners of the country, certain services on the island feel the strain. “Over the past ten years the problem has grown, to the point that there are not enough classroom spaces on the island,” said Guerrero. “I feel very happy for this project as it will address the problems we have on the island regarding access to education, a right every child should access to.” Guerrero said that over 200 students could not attend school on Ambergris Caye in 2019 because of lack of space, he is hopeful that such situation will no longer be repeated after these schools are completed. 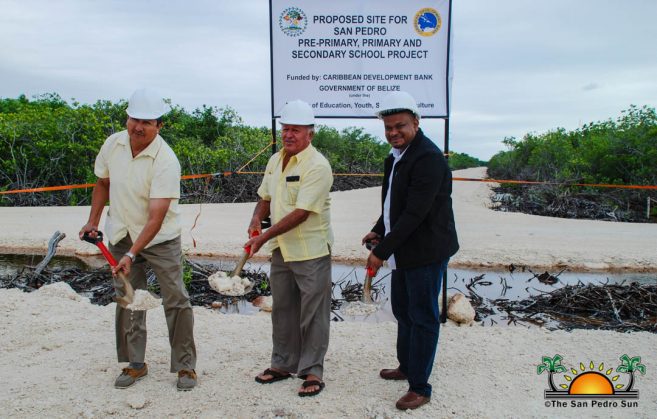 Heredia stated that his vision along with the current government is to bring the best to Ambergris Caye and Caye Caulker. He said that the schools on the north part of the island will play a major role in the future sub-division which is to develop in the near future. 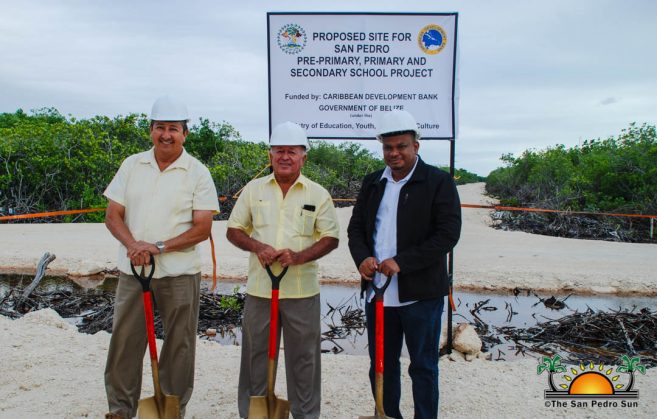 Deputy Prime Minister and Minister of Education, Honourable Faber also touched on the rapid growth of the population on the island due to job opportunities. He said that such influx puts a strain on the resources and services, but that such challenges will not faze his government from continuing to deliver to the people. Faber added that after the schools are completed, there should be enough classroom space for island children. “Every child should be able to access education, particularly in the primary level. No child should be left out and if the reason is because of lack of space, please report it at our ministry and I don’t care what we have to do, but we will make sure that child gets access to an education,” said Faber. He encouraged parents to enroll their children in pre-school as soon as they can. “This is the age when they learn very fast, so keeping them at home a little longer does not help them. Let’s get our children in the education stream early in their development,” Faber added. Before wrapping up, Faber explained that 35 schools will be constructed across the country via a $BZ80 million loan through the Caribbean Development Bank. According to him, Belize Rural South (Ambergris Caye and Caye Caulker) is getting the largest chunk of this financial package. 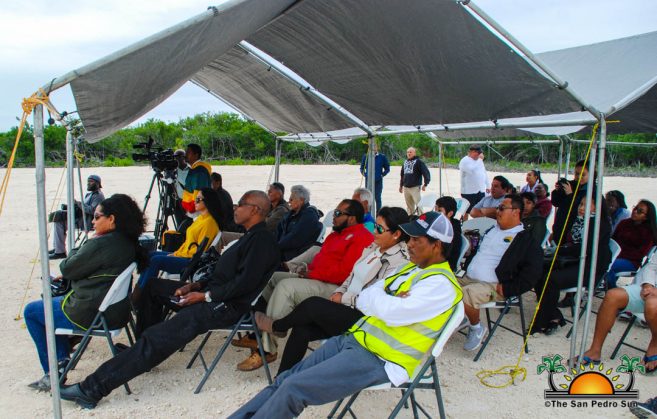 Following the vote of thanks by Chief Education Officer, Dr. Carol Babb, a symbolic shoveling and turning of soil was done by Faber, Heredia and Guerrero. Construction of the schools is expected to start in 2020 and once the educational institutions are completed transported, all other necessary services will be provided by the Ministry of Education. Of note is that the primary and high school buildings will serve as shelters during natural disasters such hurricanes.