Home » Community and Society » ComPol says police will not pay entire six-figure San Pedro hotel bill; “others might have to help”

ComPol says police will not pay entire six-figure San Pedro hotel bill; “others might have to help” 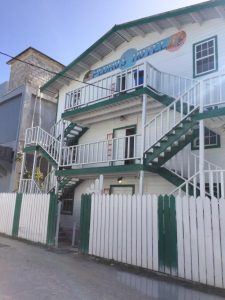 The Belize Police Department has a six-figure debt with Pedro’s Inn in San Pedro Town for the accommodation of additional police officers assigned to the island. On Monday, January 13th, Commissioner of Police (ComPol) Chester Williams addressed the hefty hotel tab, indicating that police will not pay the bill in its entirety and that it must be a shared responsibility. According to him, the police officers were to vacate immediately, however, up to the time this article was written, and after checking with the hotel, the officers are still staying at the Inn.
ComPol explained that the officers had been staying at the hotel due to the unavailability of accommodations. Additional officers were sent to the island in early July 2019 following a double murder involving an American tourist and a local fishing guide. The team, which is under the command of Superintendent Christopher Noble, has been exceptional at tackling crime on the island and thwarting murder incidents for the past six months.
According to ComPol Williams, he had been asking who was footing the bill because he had not seen any request for payment. “Certain things were said to me as it relates to who is paying the bill and suddenly, I saw something came in with arrears,” said Williams. “It is something that we will have to discuss with the proprietor of the establishment to see what can be worked out and who is going to pay the bill. The police department is not going to pay the bill in its entirety.” Williams did not say who else will need to chip in to clear the debt but commented at a press conference on January 13th that he hopes the Belize Tourism Board (BTB) and the San Pedro Belize Tourism Industry Association (SPBTIA) and the proprietor of the hotel can make arrangements to clear the debt. Williams assured that such an issue would not see the withdrawal of the officers from the island, but instead, they will seek alternative accommodations. 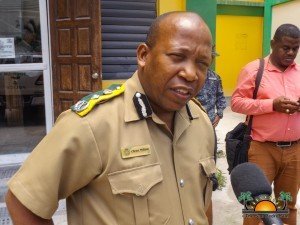 The proprietor of Pedro’s Inn, Peter Lawrence, commended the police for their extraordinary job on the island as the presence of the additional team has delivered. However, he cannot ignore the fact that there is a bill to be paid to his establishment. He told The San Pedro Sun that the police department understood they had to pay for keeping officers at his hotel. According to Lawrence, they were sending weekly invoices at the beginning, and after a meeting with personnel from the police accounting department, the hotel was asked to invoice them monthly instead. The hotel proprietor said that payment was guaranteed, but that it would take some time as the bill would need to go through a process. Months later, the bill is yet to be cleared, and it continues to grow.
Although ComPol said that officers were directed to leave the hotel, the proprietor has allowed them to stay. He said that it is unfair to kick them out as they have nowhere to go. He looks forward to a solution that will see the bill getting paid.
Chairwoman for the San Pedro Belize Tourism Industry Association Tamara Sniffin stated, “We have always maintained that we would do what we can (within our means) to assist our local police force, but until we can meet with ComPol, we cannot comment on his suggestion that the organization assist with the outstanding hotel bill.” Sniffin reported that the local BTIA chapter did provide support to the police for several days in July last year with meals, transportation, and some accommodations when the additional officers first arrived on the island, but they never agreed to provide financial support.
We will continue following this developing story.