In the upcoming months, the Rotary Club of Ambergris Caye will be officially swearing in a new president. Taking over the helms from current president Andrew Ashcroft will be Gregorio Najarro, a well-known islander from the Escalante Sub-division south of San Pedro Town. Najarro will start his one year-term in June 2020.
The San Pedro Sun met with the new president-elect on Wednesday, February 5th during a meeting at Pier 366 Restaurant at Banyan Bay Beach Resort. Hosted by President Ashcroft, the gathering included several members of the island’s Rotary Club. Najarro, who currently holds the post of Project Chair in the club, shared that he became a Rotarian in 2018. He is honored to be the president of the Rotary Club of Ambergris Caye and spoke about some of the projects he has planned to achieve during his governance. 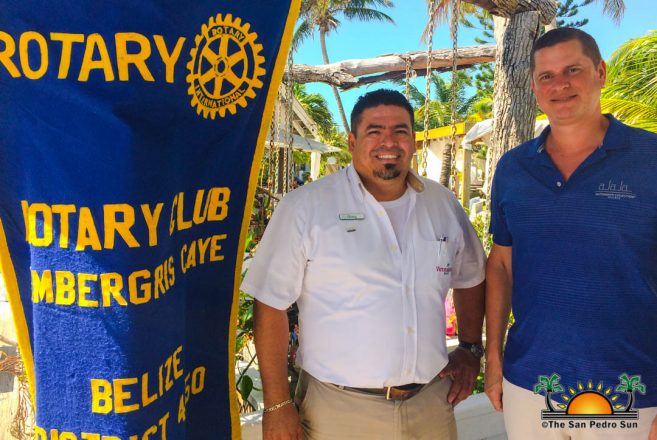 Najarro hopes to increase the club’s membership. “I hope to achieve this by promoting Rotary, using the services of the media and every opportunity available to let our islanders see how the club works for the benefit of the community,” said Najarro. He emphasized that as a community, working together is the key to all successful projects.
He listed six main community projects the Rotary Club of Ambergris Caye is committed to. They include e basic education and literacy, maternal and child health, peace and conflict prevention/solution, disease prevention and treatment, water and sanitation, and economic and community development. “We will work hard on these areas as we thrive to make our island a better place for everyone,” he added. “We also look forward to leading a couple of big projects with funding from Rotary International.” 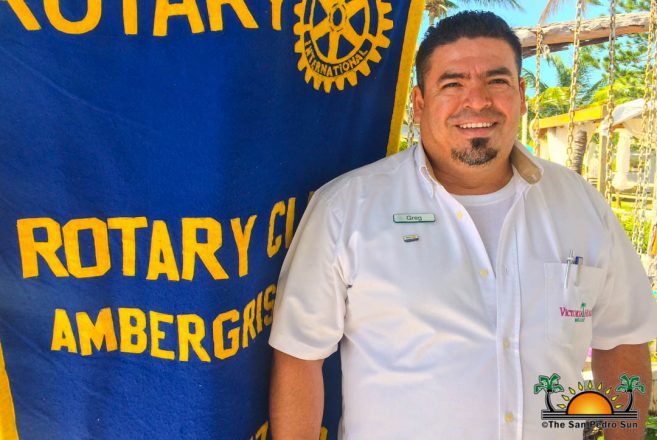 In addition, Najarro also looks forward to promoting the club’s global effort to eradicate Polio, via a campaign known as ‘End Polio Now.’ “Each day we are closer to accomplishing this goal, that has been ongoing for the last 41 years,” he said. Najarro encourages everyone to support their efforts and invites more islanders to be part of their movement.

President Ashcroft added that the club is here to serve the island community and that all islanders should see it as theirs. He highlighted that through the Rotary Club, many things can be accomplished for the development of San Pedro, and they would love to see more members of the community join them. He commended Najarro on his election and wishes him the best in his upcoming presidency.
The Rotary Club of Ambergris Caye was officially charted on May 25, 2016. The unveiling came through Rotary International, making the local Club one of over 70 clubs in District 4250, which consists of Belize, Guatemala, and Honduras.