Stakeholders in northern Ambergris Caye are complying with the recommendation to adopt aerated septic systems to better treat sewage and wastewaters. The investment in this environmentally friendly upgrade is believed to be the best option in order to co-exist with the surrounding sensitive environment supporting the island’s tourism industry. The new infrastructure has been seen at the island’s popular Secret Beach area and is now been installed at a well- known development called Mara Laguna (formerly known as Barrier Reef Resort) north of San Pedro Town. 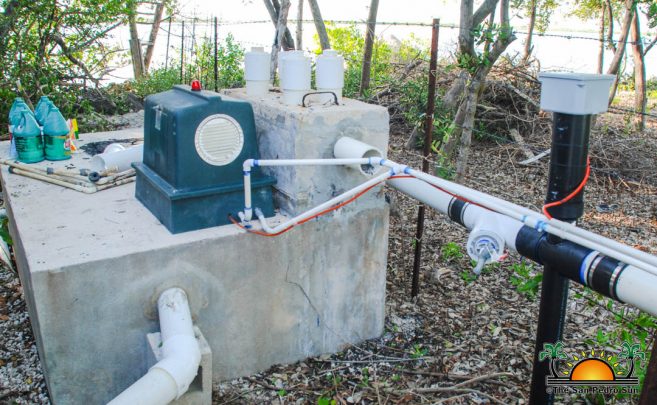 The much-needed upgrade is been manned by islander Chuck Rice, who via his company that designs and installs septic tanks is assisting to mitigate the issue of improper sewage treatment on the island. The San Pedro Sun visited with him while at work and he explained to us how this upgrade at his new working site was imperative. He pointed out that the old systems were not properly treating the sewage and wastewater. The malfunctioning in some of the septic systems was leading to leakages that raised the risks of sewage getting into the waterways near the area. 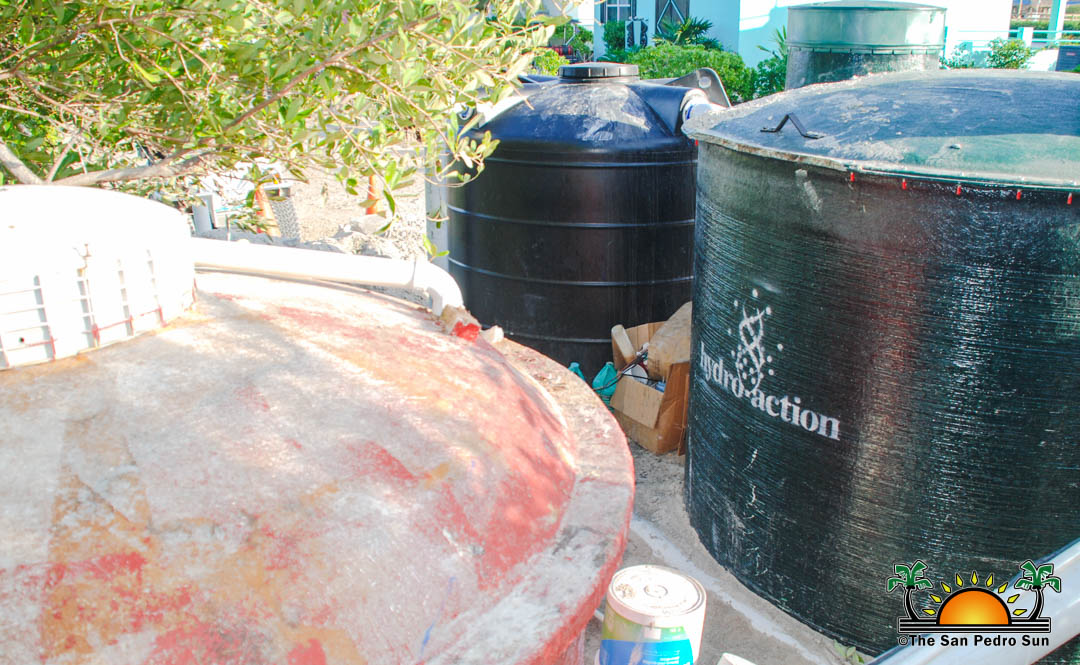 According to Rice, the project has had a good start, treating over 4,000 gallons of wastewater a day. “The old system was in bad shape and was not properly treating the waste. With this upgrade, the sewage and wastewater gets treated to the point that the end product can be used for irrigation purposes,” said Rice. The system is designed in the same way as that of Secret Beach, which treats waste from kitchens and breaks down waste from bathroom via interceptors. The system also comes with an ultraviolet treatment gadget, which further treats the wastewater making it a lot less harmful for the environment and ideal for garden irrigation. 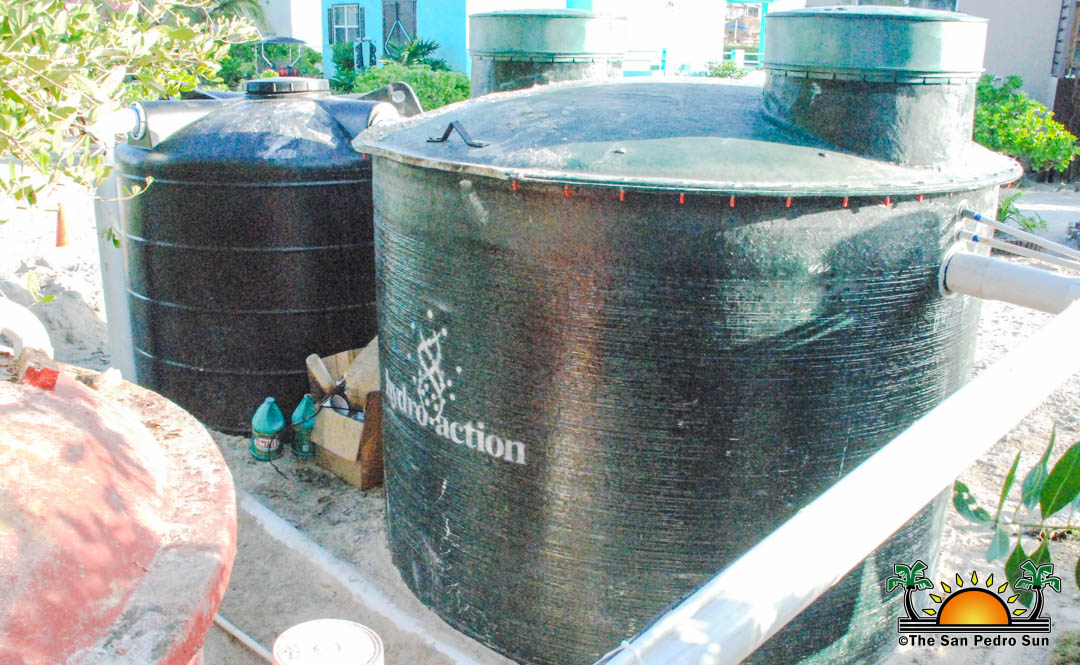 Solid Waste-Still an issue
Despite the fact that these systems work very well by treating sewage and wastewater, there is still no viable solution for solid waste. Solid waste usually settles at the bottom of septic tanks, which needs to be scooped out or it can clog the septic, up to the point that it will stop working. Ambergris Caye is still burden with the issue that there is nowhere on the island that can treat solid waste. This is the factor believed to drive illegal dumping, as there is nowhere to dispose of it. Belize Water Services Limited (BWSL) counts with sewage ponds in southern Ambergris Caye; however, they do not accept solids. Rice explained that they do not have the capacity to accept the solids because their ponds are not designed to break it down. The only solids they can accept are from the houses and businesses connected to their sewage system running from downtown to their ponds. This system is equipped with different substations, which breaks down waste. But most of the island is not connected to this system, leaving them with no options to treat their solids.

The only solution has been a proposal to BWSL to build a ‘Tip Bed,’ next to the sewage ponds, where the solid waste can be collected and let to dry. Afterward, it can be scooped out and taken to the waste transfer station for its proper disposal off the island. However, BWSL has not shown any intentions to carry out the project and our questions to the water company regarding this project have not been answered. BWSL did announce in the past that it intends to construct a water treatment plant in northern Ambergris Caye to the tune of $60 million BZ. The funds for this project are allegedly yet to be secured.

While the island copes with the lack of adequate solid waste management, it is the hope that every small and large establishment on the island switches to aerated septic systems. This will minimize the negative impacts on the island’s fragile environment, particularly the MesoAmerican Barrier Reef, which supports thousands of livelihoods. Such waste management upgrades may be expensive, but it has become necessary in order to safeguard the important natural resources benefiting Ambergris Caye.

Letter to the Editor: Karen Tote