A new amendment to the process of obtaining a Belizean passport has come into effect after the approval of a Statutory Instrument (SI), which excludes the input of a Justice of the Peace (JP).
The SI mainly focuses on the recommendation section of the application process. The previous system asked applicants to include two recommenders, one from the private sector and another one from the public sector. A JP and a licensed teacher were the most common recommenders, but the new regulation has now removed this item from the application process. According to Director in the Department of Nationality and Passport, Mario Arzu, as of February 2020, applicants can apply for a passport with one recommender only. “The individual does not necessarily have to be a JP or a licensed teacher, just a Belizean National,” said Arzu. This change aims to make the application process easier and safer for the Department. The recommender must be a Belizean through birth or descent, possess a valid Belize passport and has known the person at least for one year. The recommender can even be a family member of the applicant. In the case of minors, the recommender must know both the parents and the applicant. Arzu warned that if any recommendation is known to be fraudulent, the person liable can be taken to court and if found guilty, fined up to $50,000BZ or up to 15 years imprisonment.
Arzu added that the measure was necessary to eliminate the hurdles for persons seeking to obtain a passport. He said that many of the times, when a person needed specific members of the public and private sector, it turned out that they did not know the applicant and were signing recommendations for some sort of benefit. 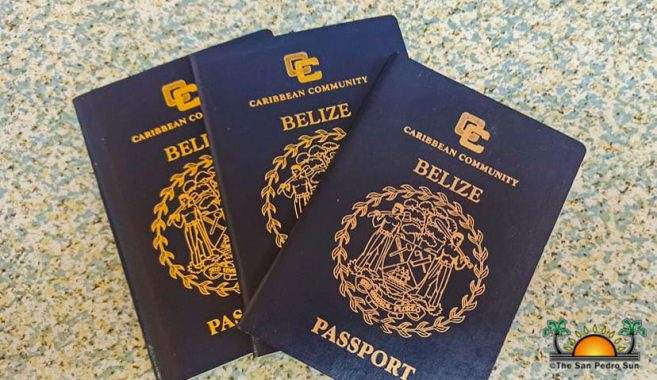 The SI also indicates that for first-time passport applicants, instead of requiring a birth paper, they can now use either their Social Security Card, Voters ID Card, Marriage Certificate or their Nationality Certificate. The process still requires the passport application to be completed along with the needed supporting documents. The supporting paperwork must be submitted in their original form, along with a copy of each. For persons renewing their passport, the individual will only be required to present their expired passport along with the application form. The fees still remain the same and still require the $1.50 postal stamp. Fees are $30BZ for minors, first time and renewal, and $50BZ for adults applying for the first time or renewing. Lost or stolen passport replacement will cost an additional $35BZ. Expedite services include an additional $200BZ to obtain your passport in 24 hours and $150BZ for 48 hours, and $100BZ to get the passport between three to five days. The new process will also include a ticketing system in the office in Belmopan City to aid in having a more organized procedure in processing applicants.
The National JPs Association does not welcome this new regulation, and consider it a disrespectful move by the Immigration Department, especially because they were not consulted prior to such amendment. President of the JPs Association Honourable and Senior Justice of the Peace Adrian Danny Madrid said that they requested a copy of the SI but never received a response from the Immigration Ministry. They wanted to discuss the new process with the Immigration authorities, but the meeting never took place.
Madrid understands that one of the reasons is due to corruption, as some JPs charge people for their services and recommend people for passport applications they don’t even know. However, he maintains that in his association, there are good, reliable and well-disciplined members, who would not engage in such corrupted behaviours. He lamented the lack of communication with association, but noted that they are there to work with everyone to move the country forward.