Tourism season is underway in Belize, and one of the most visited areas of the country are the cayes, with Ambergris Caye and Caulker being the favorite spot for thousands of visitors. The heavy influx of tourists means financial benefits to the islands, which is its strongest economy. However, annually during peak tourism season, islanders often struggle with inadequate water supplies, which in turn affects their businesses and daily lives. This season is no exception, and although Belize Water Services Limited (BWSL) has made upgrades in their infrastructure, they are yet to meet the demands of Belize’s prime tourism destination. 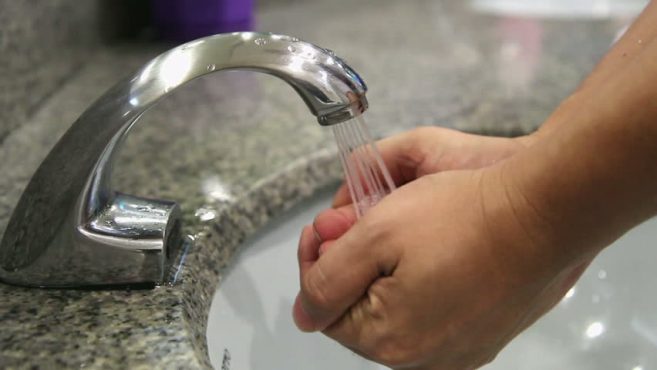 Chief Executive Officer of BWSL Alvan Haynes told The San Pedro Sun via an email in late January that the company had recently invested in doubling the water supply on Ambergris Caye. According to the communication, with this investment, BWSL would have the adequate capacity to provide the island with water during peak times. That has not been the case, as residents on both islands are experiencing low pressure and shortages of water, particularly during the night.
The areas that are reportedly most affected are the sub-divisions including San Mateo, San Pedrito, DFC, San Pablo, and Escalante. Residents in these areas have resorted to storing water in containers, as inadequate supply is now a daily occurrence. The San Pedro Sun reached out to BWSL for an update on the situation but to no avail. The Public Relations Department stated that someone more familiar with the issue would be getting back to us. As of press time, that call has not been received. However, they referred to an official press release dated February 21, 2020.
According to the release, the past dry season in 2019, combined with the consistent increase in water demand has challenged the water capacity of their current treatment plants and storage reservoirs on Ambergris Caye and Caye Caulker. BWSL explained in the release that due to an increase in demand, they would commence reducing pressure and plan late-night interruptions in order to maintain minimum storage levels allowing a fair supply during peak hours.
On Ambergris Caye, the company completed the construction of an additional one million-gallon storage tank and is in the process of completing the installation of a new 600,000 gallon-per-day Reverse Osmosis Treatment Plant. This plan is expected to come into operation between March 16th and the 20th. The peak daily demand for water on Ambergris Caye is expected to be in the 1.5-million-gallon range for the next few years. This is a demand the company is aiming to meet but noted that as Ambergris continues to expand, so will the demand for water.
In Caye Caulker, BWSL claims it is working on upgrading its infrastructure to supply an additional 40,000 gallons daily, on top of the current 150,000-gallon water storage. This improvement for Caye Caulker is expected to be ready by the end of February. Caye Caulker is also growing at a rapid pace, and with it, the demands for utilities. In late December 2019, the island experienced shortages of water and electricity for days, which was believed to have been as a result of the high demands for the said services.
In the meantime, BWSL assures the general public that the issue will be resolved before the Easter holidays. While the situation persists, the company is appealing to the island residents and businesses to conserve water while they address the problem.

Students use art to Make a Noise about Bullying

Photos:Ladies and Poly Puppies raise funds for the PolyClinic

Festival of Arts held in SP